We have a giant range in the kitchen that we inherited from the previous owner whose controls are situated such that all Marlo would have to do is wiggle this one over here, and that one over there, and suddenly globe manufacturers are scrambling to remove Utah from their next installments.

Does that frighten you? To have your safety in the hands of a sixteen-month-old who likes to put the dog’s tail in her mouth? Because I find it kind of exhilarating. In an adolescent boy jumping off the top of the house into a shallow pool kind of way. Listen, I’m thirty-five years old. I have a mortgage to pay, kids whose college I have to save for. I’m not allowed to jump off the house into anything.

A dangerous toddler will do, is what I’m saying. 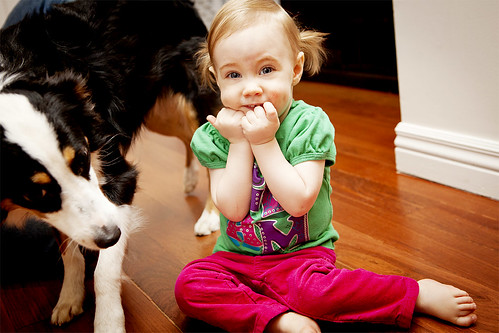 And danger is exactly what she is seeking out now, every waking moment of her life. When she walks by that range she automatically starts going NO NO NO NO in a sarcastic tone because we’re constantly repeating that when she heads for those controls. She is making fun of us. Like she’s a grown woman visiting her mother’s house and going, “Hey, Mom. When you wake up and see that giant ceramic rooster staring at you, do you run to the bathroom or just shit your pants in bed?”

I’m just using that as an example. 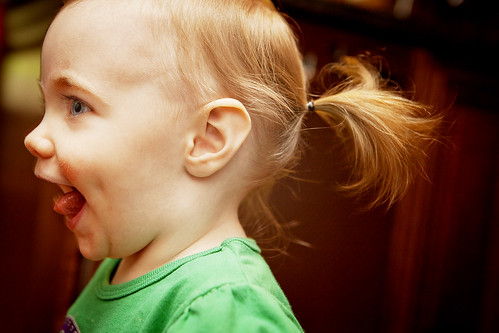 Because she may pass by those controls right then, but once you take that moment to sigh she’s in the pantry sticking her head in the dog’s water bowl. And then while you’re cleaning up the water that has spilled into a giant three-foot-wide puddle, she’s run into the living room, climbed on top of the sofa and is waiting for you to see her before she tries to back flip onto the coffee table. Oh, and she has your cell phone clutched between her teeth.

This is the Universe laughing and shaking its head at me because I once innocently wondered out loud, “Do you think the second one will be different from the first?” 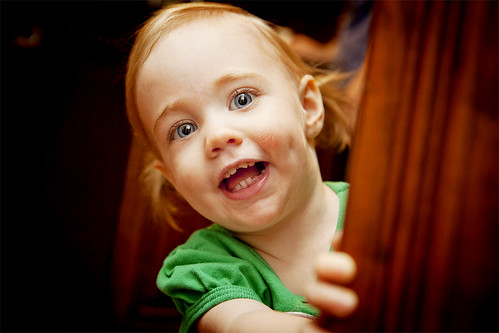 Email ArticleTwitterFacebookPin It
Marlo Armstrong,Parenthood
Prev This morning
Next Tarmac