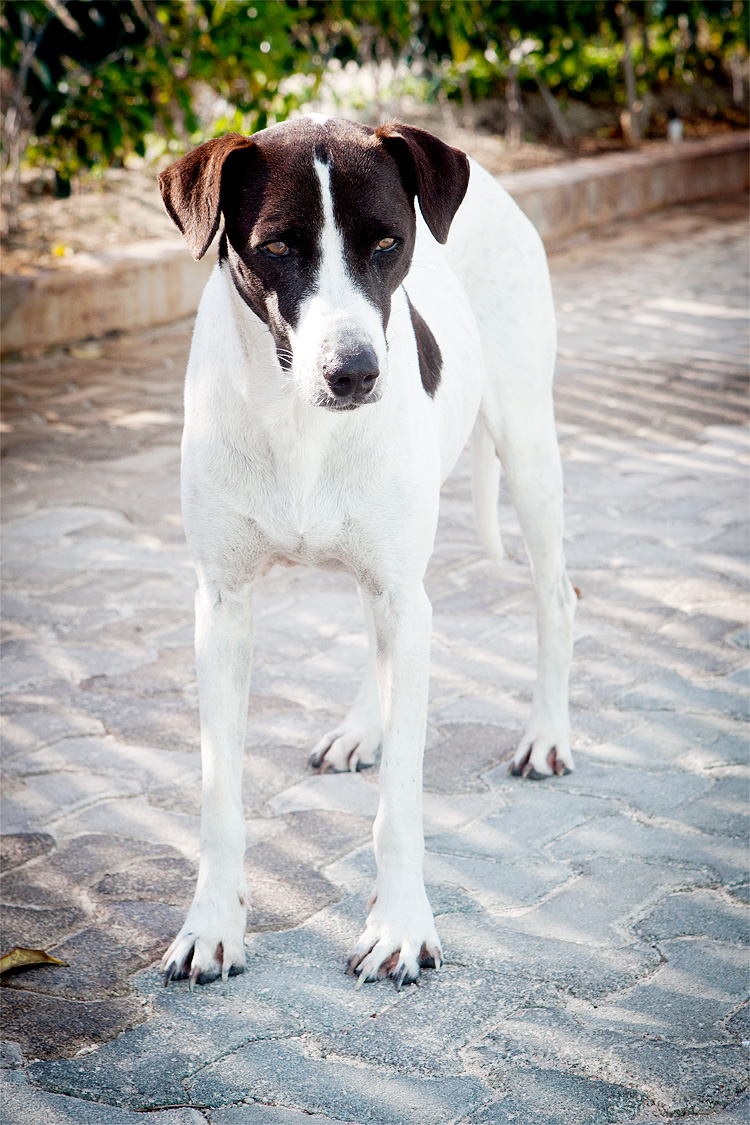 This was the dog local to our hotel in Mexico, and since he had one giant spot on his torso that’s what I called him. That I gave him a name infuriated Jon to no end because it showed I was making an attachment to this animal. So I’d coo and call him Spot over and over again every time we saw him. Kids, that’s called marriage.