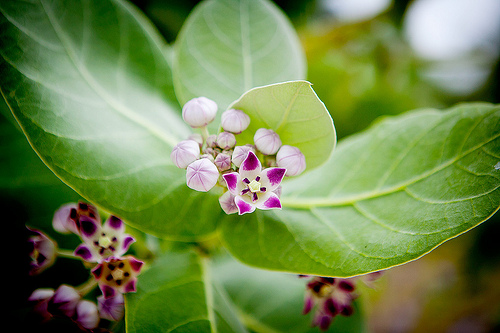 What I’m about to write probably falls under what is commonly referred to as Too Much Information, but shouldn’t that really be the nickname of this website? You’re probably like, you know what, today was a good day: That Woman didn’t talk about explosive diarrhea.

There’s this thing, this phenomenon that happens whenever Jon and I travel together. And I don’t know if it’s because hotels are trying to save money wherever they can and therefore scrimp on some essentials, like, you know, functioning toilets. But without fail, every time we travel one of us clogs the toilet. And we have to make that humiliating phone call to the front desk.

“Hi. It’s Heather Armstrong in room 1408. We’re going to need… do you have… I mean… my husband… you see… it’s his fault… if you’ll just bring me the plunger we can do it ourselves.”

But they never let us do it ourselves, and when the person who has been sent to fix the problem knocks on the door it’s like OH MY GOD SOME STRANGER IS GOING TO LOOK AT MY POOP.

Seriously, I think I’d rather just answer the door naked. It would be less humiliating, even though I have mom boobs.

Quick but related tangent: my friend Cami will want to kill me for sharing this, but she’ll get over that sensation really quickly and then read this to all of her friends. Because this is quintessential Cami, the Cami who almost set her hair on fire when turning on the stove.

Cami traveled with us to San Francisco once when Leta was three years old so that we’d have someone to watch Leta when we spoke at a conference. We were staying at an old but very quaint hotel in the upper Haight, and inevitably one of us, I don’t remember who, clogged the toilet right before we had to leave for the conference. I had Jon make the embarrassing phone call to the front desk, and then we left Cami to watch Leta, but not before I joked with Cami that she’d have to hang her butt out the window to go to the bathroom until The Plunger Dude arrived.

Several hours later we returned to the hotel only to have Cami accost us as soon as we walked in the door.

“YOU’RE NOT GOING TO BELIEVE WHAT HAPPENED!” she said breathlessly.

I headed straight for the phone to make an angry call, but Cami pulled me aside first and was like, get this: turns out she had to go the bathroom very badly, VERY VERY BADLY, and she was concentrating on images of the desert and anything that might spontaneously constipate her, like a swimming pool of bananas, when she panicked and called her mom. And she was all, LETA IS TAKING A NAP, I CAN’T LEAVE THE ROOM, WHAT AM I GOING TO DO, MOM? And her Mom suggested that she look around for some sort of receptacle, did she see any plastic bags lying around. And Cami was all I AM NOT GOING TO POOP IN A BAG, MOM.

Turns out you can totally poop in a bag. And leave it sitting next to the toilet.

Boy, did That Plunger Dude have a bad afternoon ahead of him.

Flash forward to the third day that Jon and I are in Mexico, and what do you know, he exits the bathroom and says, “We can finally call it a vacation!”

“Not only did I clog that toilet,” he said proudly, “but let’s hope they have a jackhammer on location!”

Okay, breathe, I told myself. Except I covered my face with both hands SO THAT I DIDN’T DIE.

Like I’ve said before, I don’t speak much Spanish, and I certainly don’t know how to say, “Our toilet is clogged, is there anyone here with a stomach strong enough to fix it?”

And every time I talked to the front desk on the phone about anything I had to repeat myself three or four times to get my point across, especially when I attempted any Spanish. There was no way I was going to be able to communicate this to the person on the other end, except maybe by going AGGGGHHHHHHHH!!!

So I took one for the team, I did. I straightened my posture, brushed my shirt to smooth down the wrinkles, and headed downstairs. If I was going to talk about poop with a stranger I was going to look good doing so.

The man at the front desk saw me, said hello, and then I paused for a second to try and figure out what I was going to do. Finally I said, “Baño… umm…” And then I dragged my thumb across my throat with an accompanying, “KKKKKPPPHHT!”

You know, the international sign for I’M GOING TO SLIT YOUR THROAT. Except I was sure he would know that I meant that we had killed the toilet.

His eyes got really big, and he looked at me like, holy god, we have rented a room to a psychopath. A look I am totally used to.

“No, no… esposo… my husband… baño….” I stumbled and then shook my head furiously, like I was very disappointed in the toilet.

The lightbulb exploded in his head, and he said someone would be up shortly. That’s when I made a mad dash for our room and hid behind the couch. Nuh uh, no way, I was not going to be seen in that room when the man with the plunger had to come and do the dirty work.

And he did arrive, he was very casual and cordial, fixed the problem, and then lingered. Like he was waiting for a tip. I was about out of my mind at this point, screaming/whispering from behind the couch to Jon, “Are we supposed to tip the guy who has seen your poop?”

And Jon just stood there and shrugged, told the guy thank you and see you later!

What is the rule in this situation? I DON’T KNOW, and for the rest of the night I struggled with what had happened. Do you give money to The Plunger Dude? Wouldn’t that be weird? Wouldn’t that make him some sort of poop slave? And then the next time you see him around the hotel all you can think is, “I gave him money to see my poop.”

I suggest you figure out these logistics before you travel to a foreign country.

(The following are half of the rest of photos I took in Mexico, I’ll post the other half soon.)