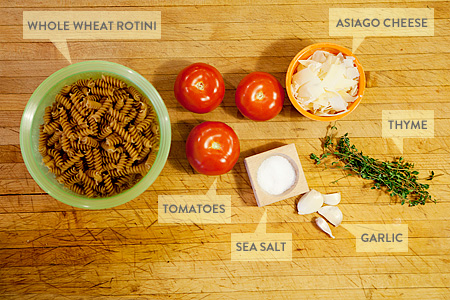 One of my resolutions for this year is to cook more, and I know it’s not as glamorous as attempting to taste sixty different species of walnuts grown only in the southern part of Brazil. But I’ve got a toddler who routinely throws her head against the wall and a seven-year-old asking questions like, “What’s a quorum?” Those walnuts sound delicious, but sometimes being a parent means you have to aim low.

Cook more. That’s it. I’m not particularly interested in doing anything exotic or rolling my own sushi, I just want to have a hearty meal at dinner time that I didn’t take out of the freezer and shove in the oven. Although we still do that on the weekends, but the weekends are for cheating anyway. Weekends are chocolate pop tarts for breakfast, taking turns napping through lunch, and then eating cake batter for dinner in the pajamas we’re still wearing from the night before. God did not invent weekends for whole wheat.

So I’ve been looking for simple recipes I could introduce to the family. And that includes World’s Pickiest Eater, Leta Doesn’t Eat White Bread Armstrong. You think your child could out picky Leta? Would your child refuse a chocolate cupcake because it was sitting next to a vanilla one? WINNNNNING.

During my research I came across this awesome pasta recipe that tastes totally gourmet but only takes ten minutes to make:

I can’t find the original recipe, but I always modify everything I cook anyway. It basically goes like this: while the pasta is cooking dump a half cup of Asiago cheese, a few cloves of minced garlic, a couple spoonfuls of thyme, a few pinches of sea salt and as many tomatoes as people eating the meal into a giant bowl. Once the pasta is cooked, dump it into the bowl and stir. Caution: the raw garlic may make you unpopular with your friends for several hours afterward.

Bright side? You’re safe from vampires for the night.

No, Leta won’t even look in the general direction of garlic or thyme, so we set aside a bowl of noodles for her and sprinkle Parmesan cheese on top. Okay, a lot of Parmesan cheese. Enough that she doesn’t have to taste the actual pasta. BUT SHE’S EATING PASTA! If ever there were a cause for multiple exclamation points, THIS ONE’S IT!!!

(I’d planned on using those once Brad Pitt returned my email, but I guess he’s busy.)