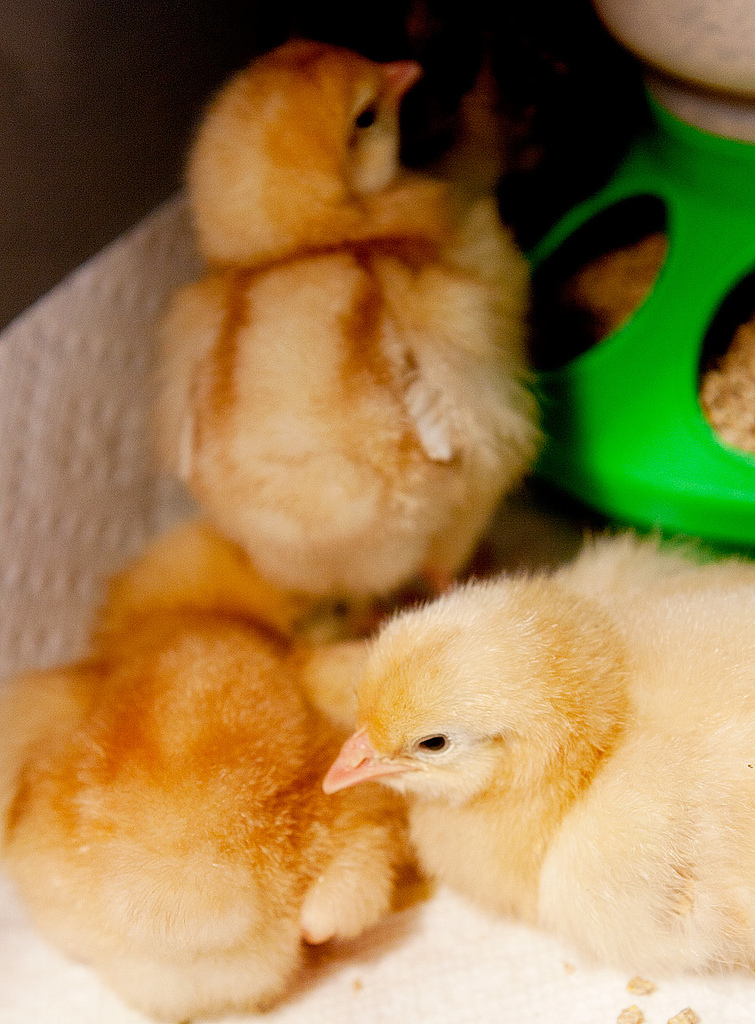 Yesterday I became a Godmother. The parents of my Godchildren didn’t know they were choosing me to take care of their babies should anything happen to them. In fact, they weren’t planning on appointing a Godparent or caretaker whatsoever. And I was all, Kate, stop being selfish and LET ME HAVE THIS ONE JOY IN LIFE.

You guys, meet the new members of our family: Technically, they aren’t a part of our family, or at least, Jon won’t let me say that out loud. They live with Kate and her husband Dave, but I can visit them when I want to (I wish I was over there right now)(I may have to check on them in the middle of the night to make sure they’re okay)(My phone is ringing, I bet it’s Kate asking me to sleep on her couch in case she needs help)(This isn’t creepy at all).

They got five chicks, including one named Alice: Unfortunately, several hours after bringing Alice home they discovered that she was actually a he. And since their home is in a neighborhood that isn’t zoned for roosters, she had to take him back. Oh, Alice! There will always be a place in my heart saved for you! Also! I don’t believe Jon when he said that they would kill you once returned because he read about the horrific rooster-killing epidemic among chicken farming! A LIE!

This one is called Maisie: She’s named after Maisie Dobbs, the book series about an English detective that Kate introduced to me. She says she named her this because she seems smart and independent. I said, really? You can tell that about a chicken? And she said, yes, you just have to ignore the part where she eats and lives in her own shit. They haven’t named the others yet, although she did ask her son Luke what he wanted to name one of them. He answered, “Chicken.” I said that wasn’t so bad considering if we asked Leta she’d say, “Disgusting.”