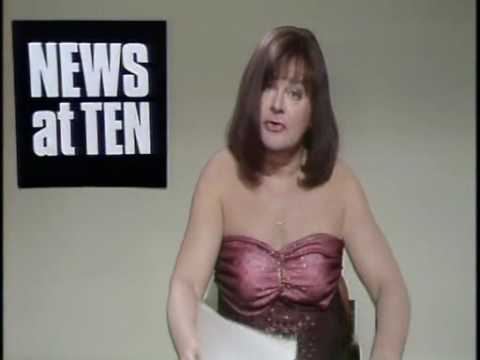 When we last left off with this series I had just summed up what thousands of dollars in therapy can do for you, at least, if you’re willing to do the work. Yes, that’s right. Therapy isn’t just the act of paying someone to listen to your drivel. You’re actually paying to work on the weaker parts of your personality. But don’t worry. Someone will probably invent a gastric bypass for the brain to take care of this.

One quick operation and no more insecurities triggered by senior prom!

The fifth hour of our day is lunch time. All of us take this lunch together because it really does make up for the socialization we’d get in a normal office. My cousin McKenzie is a practicing Mormon, but her ears are a little more forgiving than those of my niece who does not believe in evolution or global warming. Meaning now that my niece no longer works for us, Tyrant gets to talk about what it’s like for a gay man to date in Utah ALL HE WANTS.

And he is never at a loss for words, stories, or stealthily taken photos of the guys who take their shirts off to mow our lawn on Fridays.

Sometimes the shirtless guys don’t come until Saturday when Tyrant is off. So I’ll snap a photo myself, send it to him on the phone and text, “I changed their day on purpose.”

Jon says that one of us is eventually going to die if we keep trying to one up each other like this. I’m fine with dying as long as I’m winning while doing so.

Since having his gall bladder removed, Jon has had trouble eating like a normal human being. Add that to my Paleo diet and lunch can range anywhere from my (grass-fed, free-range) grilled steak to Jon’s (grass-fed, free-range) peanut butter and jelly sandwich. Oh, and Tyrant is a vegetarian. McKenzie doesn’t have any dietary restrictions that we know of, only what is prohibited by the Mormon Word of Wisdom: tea, coffee, alcohol, tobacco. Which is a bummer because we could save a ton on pepper if we could just grind up our cigarette butts.

Marlo? What about Marlo? She doesn’t deserve lunch.

Marlo is usually taking her nap during this hour, or at least slowly winding down into her nap, depending on whether or not there are any milestones approaching. Milestones are great in the sense of, YAY! Our baby is growing! And yet, AWFUL, because they carry guns and their number one target is her sleep schedule.

Teething? No sleeping. Learning to walk? No Sleeping. Made mama a hot dog? She’s up all night watching “Benny Hill” reruns.

And yet, I won’t complain too much because she’s so used to that crib and lying there in the dark that if we let her she will talk to herself for two hours. Wait, did I just tell the Internet that I let my baby girl lie by herself in the dark for two hours? AWAKE? Psst! Heather! You probably shouldn’t mention the “Benny Hill” reruns.