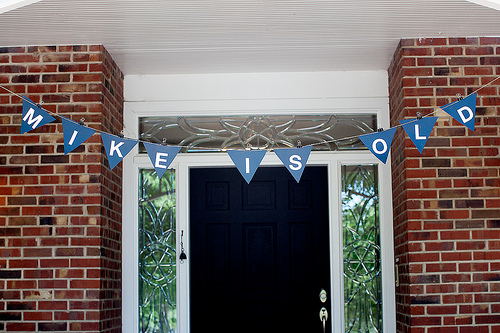 Camp Mighty is pretty much the more crowded version of The Mighty Summit that I attended in Wine Country last year. The goal of these events is to get drunk fall over borrow weed from the guy upstairs explore the idea of what it is you really want your life to be. And what is standing in your way. And maybe you should think about using your degree instead of hating your job only to drive two hours home and get so stoned that you think it’s a good idea to start deconstructing Beyoncé songs.

Yes, you can make a checklist and fill it with things like: learn how to do five pull-ups, write love letters to my children, drive across the country on a hot pink Vespa. Or you can one day wake up and decide that you want to pursue your passion instead of working for someone who doesn’t believe in passion. Doesn’t matter how small or large, just opening yourself up to the possibility of change can throw you into a new orbit.

Because the number of attendees at Camp is so much larger than at the Summit, we broke out into four different groups to talk about some of the goals and ideas we had for the upcoming year. A lot of us really want to learn how to do those five pull-ups, some of us want to learn to love how to cook and grow our own herb gardens. Change a tire, shoot a gun, ride a horse. Take a letterpress class, lasso a cow, sing in public.

I want to lasso a cow while singing in public. Thank God I don’t have any dignity standing in my way.

As everyone stood up and talked about their lists I realized that the last year of my life is a representation of what can happen when you open yourself up to possibility. I like to think that I’ve lived the last fifteen years wide open to it, but I really think things changed when I gave voice to the idea of an unmedicated birth. The possibility of embracing that kind of pain.

That’s why I said yes to the marathon. Whatever kind of pain it would throw at me I would relish. But before that I had to get over my nerves to meet a supermodel and live the privilege of spending five days in a developing country. Just those three things alone (marathon, supermodel, Bangladesh) are enough to fill my quota for the year in terms of a life list, but all three take a backseat to what was the most transformative part of my year: the therapy I did in terms of my parent’s divorce.

This year my father celebrated his seventieth birthday. I offered to host a surprise party for him at our home because we have a space big enough for all of my siblings and their kids and all my step siblings and their kids. Even if we just take what happened between the two of us after he discovered my website ten years ago and juxtapose that with the celebration that night, you’d remark that an army would have a hard time filling that kind of gap.

Now throw in the months of pulling apart my insides, the subsequent weeks of setting every organ out on a table for inspection, and the lengthy process of reassembling all the systems. I had fought the idea for most of my life that my parent’s divorce had any measurable effect on the way I handle situations. I’m just a mess of DNA that is predisposed to turning curbs into mountains, right?

What this therapy enabled me to do as well was hold that blight in my bare hands and cover it with tears. Because the Heather who had mounted all those excuses would have acknowledged it, tipped her hat, and moved right along. Too much to get done to dwell on such things.

This other ripped open Heather allowed herself the time to mourn what it had done. No, I can’t change the past, but I can recognize what it did to me and in turn change my future.

My father’s turning 70 was not just monumental in number, but also because it transpired the same year that I realized the way he and my mother divorced has profoundly affected every relationship I’ve ever had, more specifically that he has affected every relationship. When you add that to the anti-Mormon rant he found on my website ten years ago and the names he called me then, how on earth can we even make small talk? HE READS GLENN BECK, FOR CHRISSAKE. How do I even explain that these two chasms give more urgency to the need to make small talk? That it was because of those revelations in therapy that I wanted to host his party? I could use some sort of platitude here about not wasting time and seizing the moment and it probably is some of that. It’s probably a lot of that. But it’s also a lot about knowledge. Learning. Opening myself up to the possibility of a new orbit.

What this most certainly isn’t about is forgiveness. There is nothing to forgive. Like I said, he did the best he could. And if a couple of months in my tenth year could have such a lasting effect on the rest of my life, who knows what my own children will discover in the next thirty to forty years about the chords that twist and bind us as parent and offspring. And I hope that they will in turn give me that same benefit of the doubt.


This post is sponsored by The American Cancer Society, a frequent partner of this website and one I could not be more proud to work with.