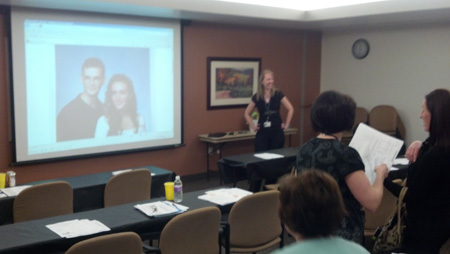 Last week I posted a horribly embarrassing harmless photo of my brother and me from 1993 to celebrate his 40th birthday. Did I hope that someone from his work would see it? And maybe pass it around to a few other people because NO WAY IS THAT RANGER? The boy in that photo has HAIR! And doesn’t look like he routinely feasts on cockroaches for fun!

That afternoon I was talking to my mother on the phone and she asked if I remembered that it was my brother’s birthday, and I was like, um, of course I do. Unlike the time you forgot my 24th birthday, MOTHER. You guys, I have totally forgiven her. That was a long time ago, I know. But the commandments don’t say that we have to forget. And I am living the commandments all up in here. THOU SHALT HANG ON TO ALL THE LEVERAGE YOUR MOTHER OFFERS UP.

I told her I had posted that photo earlier in the day, and she said she hadn’t checked my site yet. Yes, my mother reads my website. So I can’t post the animated GIF I made of myself making the jerk-off motion. I’m rolling my eyes and sticking out my tongue and I’m standing behind Chuck and the best part is he has NO idea. But I can say damn and shit because the first time I ever heard those words they were coming out of her mouth.

“The Book of Mormon is so damn true.” Something like that.

Five minutes after we ended that conversation she called back and said that I should catch up on my email, that I’d be rather pleased. And what do you know, a few hours earlier I got an email from my brother. Subject: Look at what you’ve done. Attached was this photo:

Turns out he showed up to conduct a training session at one of the many locations he oversees, and when he walked in that photo was projected up on the wall. Someone at work saw that photo, all right. They’d been trying to come up with something to add a little punch to his birthday and I came along and handed them a precious, golden gift in the form of a 21-yr-old, 6’4”, 140-pound, un-bald Ranger Danger.