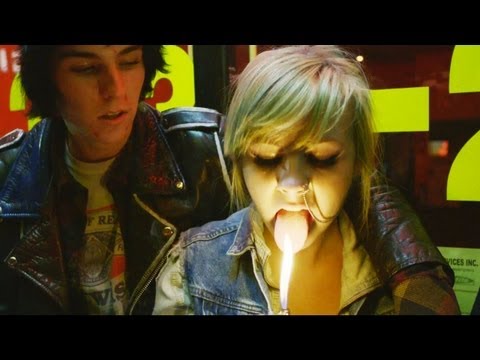 These guys are a five-piece outfit from San Diego, and if I had to describe their sound I’d probably be one of those asswipes who says something like “rock infused with a bit of folk.” But I hate it when people try to funnel something as meaningful as music into something that reads like a line from a graduate paper written entirely with a thesaurus. So I’ll just nod and say, “Good stuff.”

The first song is off of their most recent album

, and although I’ve linked to the second song before, I haven’t ever embedded it here. But few songs I’ve heard in the last year are as frequently played on my stereo as that one right there.

“Bushwick Blues” (The emotion expressed at about the 3:00 mark is why I cannot stop listening to this song. Get yourself a proper version of this, play it in your car and rock the shit out of it.)