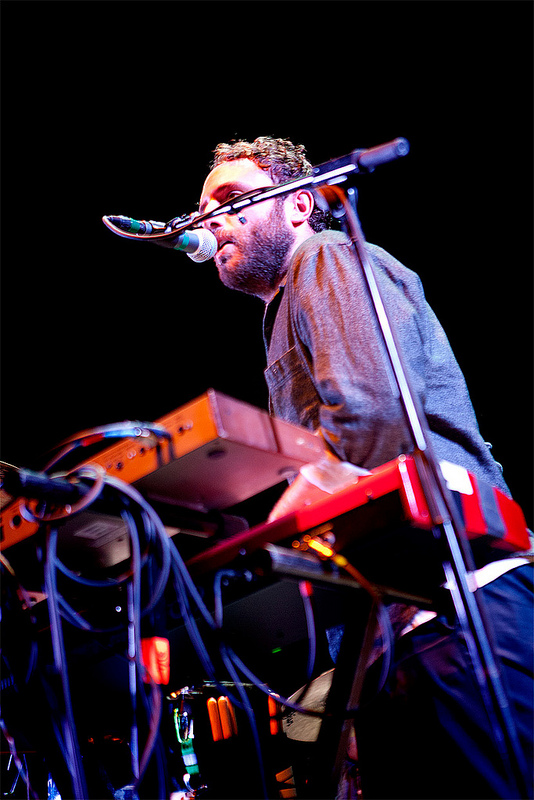 I was bouncing around some music blogs and playlists earlier this week when I came across this song and something about it crawled into my ear, down into my my belly and exploded. I didn’t even realize until I had listened to it for two straight hours that I saw Local Natives perform as an opening act earlier last year for Arcade Fire. Which means that they probably performed this song live (the album came out in early 2010) AND I WAS STANDING RIGHT THERE. I wasn’t really paying attention to a variety of music at the time, and I wish I could go back and hear this song through those speakers in person.

I didn’t publish these at the time, and for all I know they could be singing “Airplanes” when I took these photos. Probably not, but I can pretend. Also? This photo posted to their twitter account has to be one of the best twitpics ever.