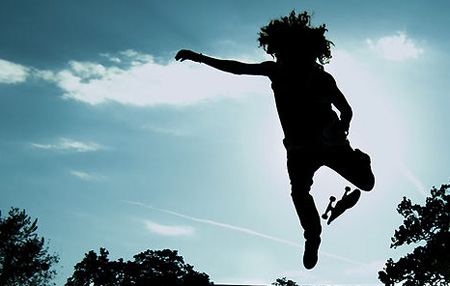 – The Epic and The Beasts: When we were kids we never dreamt of being a firemen, a pilot or superhero. We always wanted to be skateboarders, jumping up curbs, down the stairs and filp our boards as many times as we could.

– Man in goat suit seen living among goats in Utah mountains. The Utah Office of Tourism just had their commercial written for them.

In 1983, she was the subject of endless questioning about being the first American woman in space, a lot of which focused on things like whether she would wear a bra or makeup in space. At a NASA news conference at the time, she said: “It’s too bad this is such a big deal. It is too bad our society isn’t further along.”

The argument has gotten dully repetitive: How does one argue with someone convinced that the routine massacre of our children is the price we must pay for our freedom to have guns, or rather to have guns that make us feel free? You can only shake your head and maybe cry a little.

– Barbie Gets a Tim Gunn Makeover

– The AIDS quilt in zoomable format

Caves are probably sick of "Helloooo."

I have difficulty taking anything John Krasinski signs with his initials seriously.

Actually, I've heard doves cry. It sounds nothing like that.

If I was Roger Federer, I'd refer to all my past girlfriends as a FedEx.

Every European man owns a polo shirt he doesn't know how to button.

Single ply toilet paper is like bringing a drawing of a gun to a gunfight.