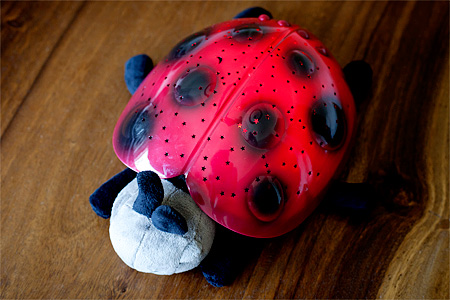 The map of my day in Los Angeles last Thursday resembled one of Marlo’s attempts to draw a portrait, all zigzag lines and random half circles and a giant smudge where an ear might have been: West Hollywood, Universal City, Sherman Oaks, Bel Air, Los Feliz, downtown, and back to the airport. If she showed you the portrait you’d have to smile and clap and tell her how pretty it is when really? Kid, that’s a piece of shit. Don’t quit your day job.

In the midst of all that running around I forgot to eat anything. No, not on purpose, don’t go there. Although someone will and I’ll find an incoming link from a website claiming that I’m anorexic and therefore unfit to be a human being. THERE. You, you who will go there, I just wrote your post for you. Also, when you refer to me you should call me “douche” because no one has ever done that.

The plane from LA to Salt Lake was oversold by about a million people, so I was stuck in a middle seat toward the back of the plane between two men dressed in business suits. I mistakenly assumed that this meant they understood basic airplane etiquette because not one second after they sat down both of them hogged the armrests. BOTH. Not just one rude dude. TWO RUDE DUDES.

Is that an Adam Sandler movie? He should get on that. Call up Kevin James. BOOM, blockbuster.

I was too tired and hungry to put up any fight, so I sunk into myself and pulled my arms as close to my body as I could, which okay. Yes. That is a metaphor for how I’m feeling right now. Totally pathetic. Not the roaring lioness I should be, but I’m cutting myself some slack because I’m not operating on enough sleep to roar. In fact, slouching like that was made easier by the fact that I knew I was going home to a sleepless night. Some will say that because I visualized Marlo getting up seven times during the night that I was willing it to happen, and those people are entitled to that opinion and the feathery dream catcher they have hanging from their rearview mirror.

I will say that I was mentally preparing for the inevitable. The glass wasn’t half empty, no. THE GLASS DID NOT EVEN EXIST.

I walked into the house at 8:12PM. My cousin had stayed late to put Marlo to bed, and I dropped my luggage, said hello and ran to the refrigerator. I know, I’m anorexic. WHAT WAS I THINKING. It took me approximately three minutes to put some leftovers on a plate and open the microwave. By that third minute Marlo was awake and screaming.

It took me more than a half hour to calm her down that first time, and then I finally had my meal. My mircowaved leftovers. And I tell you what. Those were the best damned microwaved leftovers ever microwaved by a damn microwave and I’m just going to continue to write this damn sentence so that I can write the damn word damn one more damn time.

She woke up six more times, each time about 15 minutes after I had finally fallen back to sleep. I’d go in, put her back in bed, she’d stay. The staying part was awesome. The waking back up and screaming? Not so awesome. Opposite of awesome. ANTONYM OF AWESOME.

By 5:30AM she was up and ready to go. I was a basket case at that point, so I brought her into my room to watch cartoons thinking I might get in a few more minutes of sleep. Except she didn’t want to watch cartoons. She wanted to take apart my room starting with the lamp on my nightstand. And she was narrating the whole adventure in a tiny adorable voice that could impregnate an 80-yr-old woman.

And I was like, NO. NO! YOU DO NOT GET TO BE CUTE RIGHT NOW. Someone make this illegal. I will vote for the person who will sentence a three-year-old to prison for being cute after waking up seven times during the night. Make this your platform. You will win.

Cue my friend Kate again who suggested I try a Cloud b sleep aid.

I got Marlo the ladybug nightlight because that kid loves ladybugs more than she loves to be a total shit, and she LOVES to be a total shit. Saturday night after I had spent the day throwing up with anxiety over whether or not she’d sleep (wait! throwing up? I’M BULIMIC! DOUCHE IS BULIMIC!) I tucked her in and explained that she’d be sleeping with the ladybug. I showed her how to turn on the light, let her marvel at the colored stars projected on the ceiling, and then I broke the news that she was not allowed to come out of her room until I came to get her in the morning. Meaning that I did one of the following: locked her door, set up a barbed wire fence, chained her to the bed, cast a spell, smoked a doobie.

She slept through the night without a peep until 5:30AM. Last night she slept through until 5AM. Not ideal, no. Getting up that early is not fun, no. But this is progress. And I will take progress. I’m beginning to see a glass! A glass with liquid inside! Is it half full? NO! But it’s not half empty either. The point is, we have a glass, you guys! WE HAVE A GLASS!