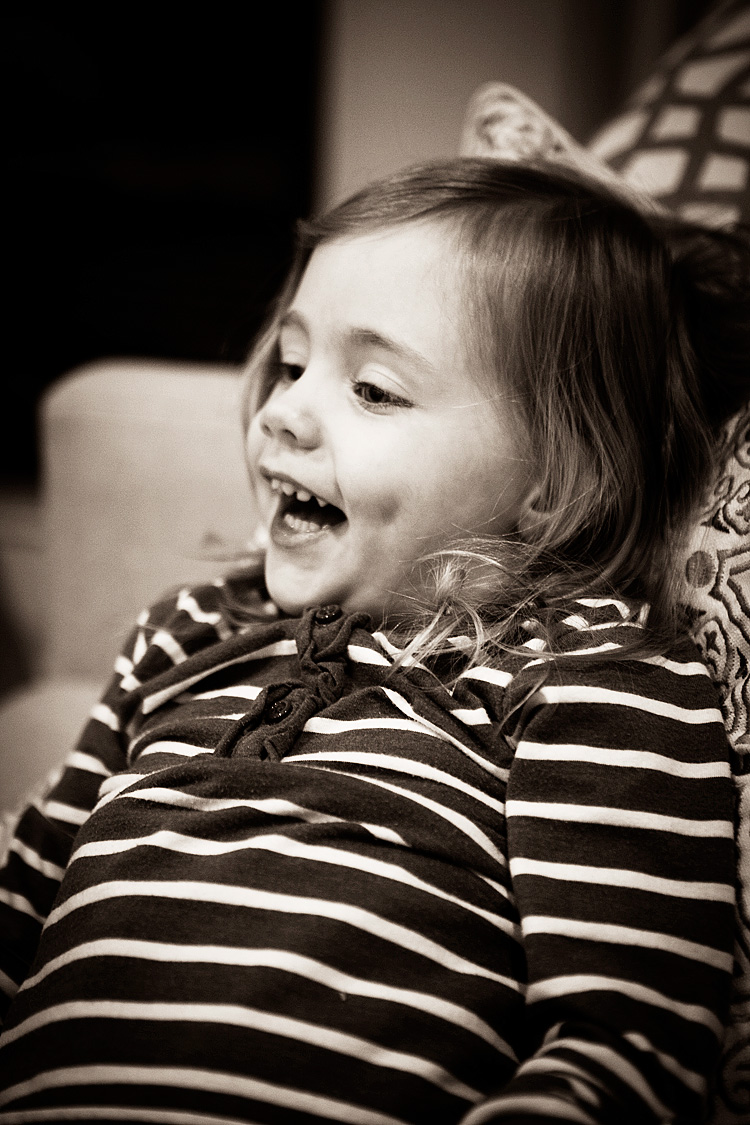 My cousin who normally provides childcare for Marlo during the day is out of town this week, and since I am also traveling from one coast to the other my mother stepped in to take the kids for a few days. They like this because one, they get to spend time with their cousins and two, they will be fed a constant string of processed food items certain to give them type 2 diabetes in their early teens.

Kidding! They’ll get it in their twenties.

I got home late last night from the West Coast and called my mom to check in.

“Did you feed them ice cream for dinner?”

“Of course not,” she scolded. “They got ice cream after they finished their bucket of Cheetos. Give me some credit.”

“Hey, I need you to increase my dosage of Prozac.”

“Is there a reason for this request? Any abnormal stress in your life? Any changes in your daily routine?”

“I’ll call your pharmacy this instant. My condolences.”

Marlo had been down peacefully for awhile, no problems yet, but I guess the night had already provided enough drama and hijinks that my Mormon mother was ready to pour herself some scotch. Do you have any idea how badly I’d love to get the Avon World Sales Leader just a little tipsy and say, “Start with 1963. Go.”

My nephews Joshua and Noah were sleeping over at my mother’s house to keep my kids company, and Joshua had been fretting all night about a bothersome loose tooth in his mouth. I guess that’s yet another trait that runs long and wide in the family, fear of loose teeth. Leta has two that are so loose in her mouth right now that they are dangling by gruesome hair-thin roots, but no one is allowed near her mouth, not even if Santa Claus came riding in on the back of a unicorn bearing free Justin Biebers.

So Marlo hopped in his lap, explained everything she’s ever heard adults say about the tooth fairy, and offered to pull his tooth for him. Joshua did not take her seriously. Had I been there I would have cleared my throat and yelled RUN FOR YOUR LIVES.

Instead of taking cover, or, you know, shooting her in self defense, he opened his mouth! The? You don’t leisurely open your mouth when Marlo’s in the room! She could pull out a grenade and toss it right in! This is far more likely to happen than an earthquake or tornado yet no one knows the proper safety procedures. COME ON, PEOPLE.

Because she reached up in there and yanked out that mother-effer. She pulled his tooth out. Just, a quick jerk and BOOM. Snatched it right out of his mouth.

I’ll just let you assume the reaction both Joshua and Leta had to this assault. You are correct.

So my mom and I are now taking bets on where Marlo is going to set up her truck stop. I’m fairly certain she’ll have an entire chain whose headquarters are in the middle of Nebraska.