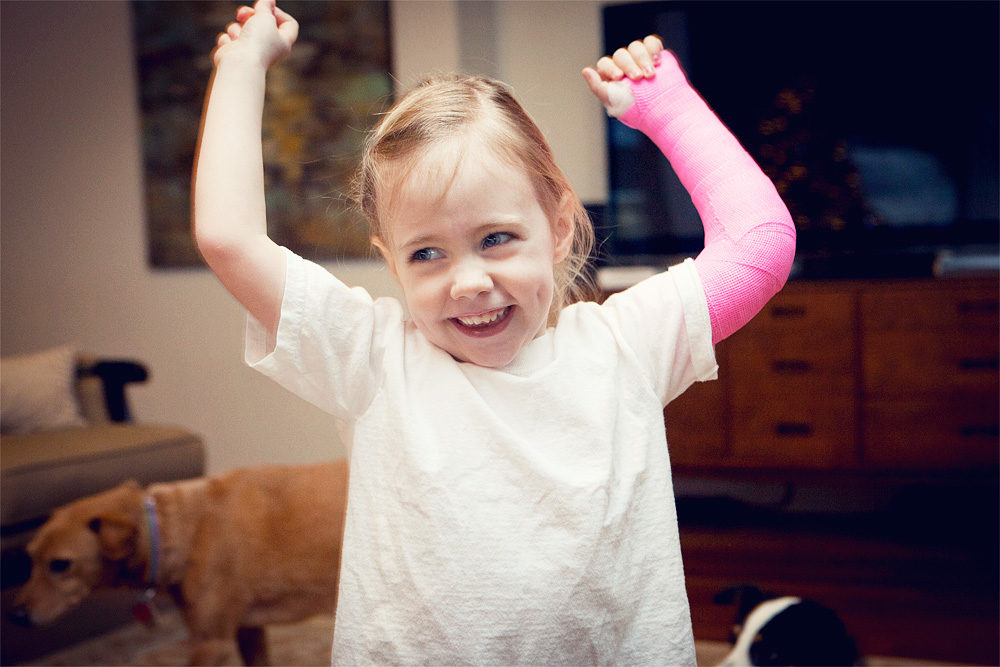 Yesterday Marlo had another round of X-rays performed on her elbow, and they showed the tiniest little fracture. In fact, it was so tiny only the physician could make it out. Thank god he found something, because if we had left that hospital without a cast I think she may have spiraled into a lifelong depression.

We opted for the waterproof cast (thank you for all your VERY. ADAMANT. SUGGESTIONS.), and the nurses were like, wow, this kid is SMILING while we twist and bend her broken arm. What’s the secret?

Oh, you know, she’s very proud of the fact that she can’t walk without running into a doorway, and you’ve just given her a trophy. You’re acknowledging her talent.

Since it’s such a small fracture she only has to wear this for three weeks. I will warn you before they take it off so you can prepare yourself for the wailing coming from this part of the country as she says goodbye.