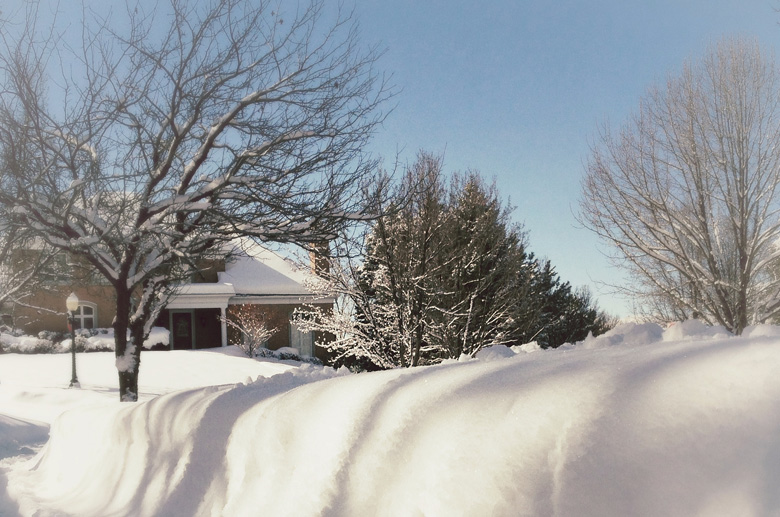 Saturday morning I woke to yet another snowstorm so thick with flakes that I couldn’t see the houses across the street. This caused an involuntary groan to climb up and out of my throat. Given the number of snowstorms this season and the almost three feet of snow in my yard that has refused to melt since early December, I’d say that my reaction on Saturday was relatively muted, don’t you think? I didn’t kick a wall or punch my hand through the window. I didn’t even stick my head in the oven. I didn’t go to Utah’s facebook profile and leave comments filled with little cartoon emoticons:

I had a ton of errands to run, and so instead of turning on the fire and sticking my head in there, I dressed for the weather and climbed into my car, the beginning of a 10-minute, white-kunckle, oh my god I’m out of gas and I’m just now noticing coast down the hill into a very conveniently located station. Whoever zoned that street and built that gas station? I will retroactively name my first child after you. Your name is Brigham? That’s cool. I wanted to name Leta after a polygamist anyway.

I also noticed as I was coasting that I was almost out of wiper fluid, that which is second in importance only to four wheel drive in conditions like that. So when I parked next to a pump I was trying to figure out my options. What options? What do I mean options? I mean, options for someone who hates wearing a coat.

Yeah, I know, it says up there that I dressed for the weather. What I meant was, “I dressed in clothes that would be warm enough for a person sitting inside of a warm car in this weather.” You don’t think that’s the same thing? It’s exactly the same thing. Well, it was the same thing before I found out that I was going to have to get out of my car. Now we are just getting into semantics and you’re being really picky. Calm down.

Every place that I had to visit offers its patrons underground or covered parking. So why would I need to wear a coat if I was going to walk from a warm car to a warm building through a covered passageway? They teach this principle in college. It’s called science.

Fortunately I had been feeling very unlike myself that morning and decided at the last minute to grab my hooded snowboarding jacket and toss it in the car. Just in case. I was not thinking, “In case I suddenly run out of gas.” No. I was thinking, “In case I decide to pull over and take a nap.”

So. Options. The pump I parked at was covered and very close to the front door of the store. Should I put on my coat like a reasonable human being who lives in a state covered in snow eight months of the year? Or should I just reinforce the stereotype of the color of my hair?

DING DING DING SECOND OPTION WE HAVE A WINNER.

When I first hopped out of the car things weren’t as bad as they looked from inside the car, and I was able to maneuver the pump with little difficulty. No big deal. While I filled my tank I optimistically ran into the store to grab wiper fluid, but when I came back outside somebody had turned the snow to BLOWING HORIZONTAL. It hit me like bucket of WAKE UP IDIOT in the face.

I was moving as fast as I could because I could feel the snow filling the back of my shirt, so I set the wiper fluid down next to the car. And then I guess… I don’t even know what happened… I opened the car door to grab my coat… except… my head got in the way. It wasn’t like someone else hit me in the head with the door, I hit MYSELF in the head with the door. So hard, in fact, that I blacked out for at least two seconds. I really hope no one caught me snoring during that time.

I had to climb into the car for a few minutes to get my bearings about me, and when I could finally blink without a searing pain shooting from my the top of my head to the base of my skull I pulled down the visor so that I could check out the wound in the mirror. Already a giant, rounded knob had formed on the left part of my forehead. No bleeding, but I could tell this was something I wasn’t going to be able to hide with makeup, a fact way more important than the possibility that I was an inch away from gouging out my eyeball.

Hey. How are you? What? This thing? This bump on my head? Oh, you know. You know how things go. You’d have have run into that burning building to save that stranded kitten, too.