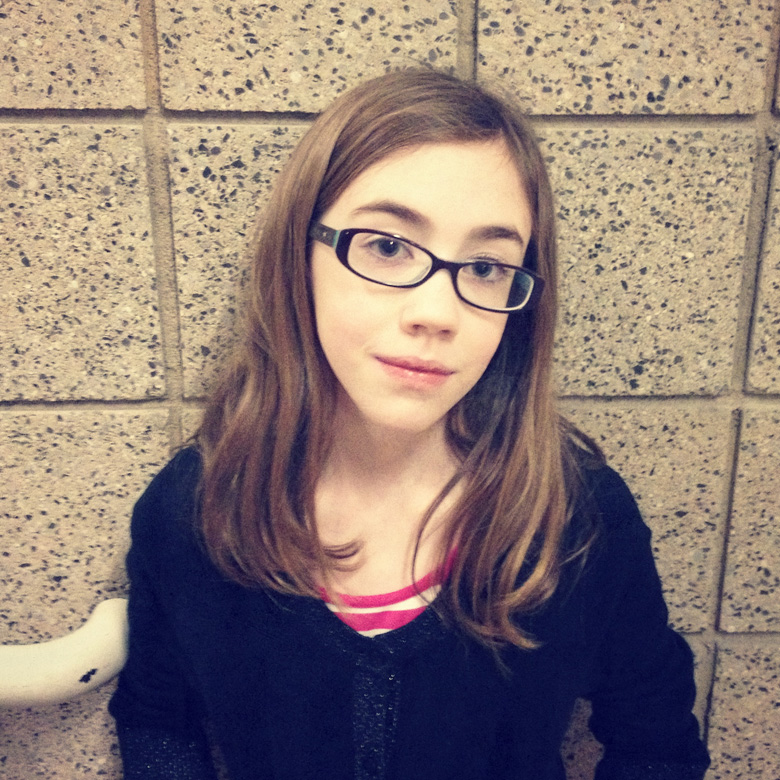 Leta has been taking piano lessons for over a year and half, and her relationship with this activity is complicated. If she ever starts dating a paraplegic in Russia who doesn’t speak English and can’t move to America because he has 14 foster kids I’ll say, “Remember piano lessons? You can handle this!”

She long ago surpassed my skill level and the only help I can give her during her daily practice sessions is to tell her to play through everything twice. Sometimes I’ll sit with her and nod if I think it sounded right, but some of you are probably like WAIT LETA DO NOT TRUST HER. Because Radiohead sounds right to me. In fact, this is my all time favorite Radiohead song:

Yes, I’m totally serious. Don’t look at me like that.

She’s got talent in spades, but she gets very frustrated when she has to learn a new song. I wrote about this when she turned eight, how the perfectionism she inherited from me can turn a wrong note into the destruction of her future. When she can’t play a new song right the first time, everything that has ever gone wrong in her life surfaces and that A flat she missed is now suddenly cancer. And it has spread into every organ. Oh, and now she’s on the floor. Yep, she’s lying on the floor. And she says she’s dying. Sure sounds like she’s dying.

Once she learns the song, however, she’s delighted to play it. Well, okay. Sort of. She’s delighted to play it once. That I make her play everything twice every day is something she will bring up again and again as evidence that I was the meanest mother who ever lived. And every time she does it I’ll ask her if I ever broke a lamp over her head like Great Granny Hamilton did to Grandpa Mike and then remind her that SOMEONE got to eat Fruity Pebbles for dinner every night AND IT WASN’T GRANDPA MIKE.

Here’s where some of you are totally going to disagree with me and possibly judge my parenting style. And that’s fine. That’s cool. We can still be friends. You can still come over for a glass of wine. I might spit in it first, but you won’t even notice.

Leta has more than once begged to quit piano. There have been a few songs that were so difficult for her to learn than she wanted to pick up the piano and throw it across the room. And I understand the distress she was experiencing. It’s a distress that she will encounter in various experiences throughout her life. Quitting gets rid of that momentary frustration, but it doesn’t help her learn how to work toward any sort of resolution. So she doesn’t get to quit.

Would the meanest mother who ever lived please stand up? Oh look. I’ve been standing here the whole time.

On Saturday Leta had Federation where she was required to play two memorized songs in front of three judges. In preparation for this her teacher gathered all her students for an informal recital at a friend’s home last Wednesday night. I’d been listening closely to Leta’s songs while she practiced them over the last few weeks and noticed she was a little wobbly in the middle of one of them, but when I asked her if she was ready for the recital she waved her hand and assured me she’d do fine. Like, whatever. It’s just piano. It’s not anything important like the “iCarly” series finale.

Unfortunately that wobbly piece reared its ugly head right there in that recital room in front of all of her peers and their parents. She lost her place about thirty seconds into the song, stopped, and then turned in embarrassment to her teacher to ask for direction. The silence at that moment was uncomfortable for everyone in the room but mostly for her.

Every other kid bumbled portions of their songs, too, and later before tucking her into bed I told her I wanted to have a talk.

“Are you mad about the recital?” she asked, worried that her mistake had somehow let me down.

“No, not at all,” I answered and then I rubbed her arm to assure her. “I’m not mad. But I want to ask you something. Do you think you were prepared?”

“But why? That doesn’t make sense. Why do I have to play in front of judges if it doesn’t matter?”

“I have so much to work on,” she said and then shook her head as if stranded at the bottom of a mountain.

“Would you like to be prepared for the judges on Saturday?”

“Yes,” she answered but it was more of a question.

“Okay,” I said. “Here’s what we’re going to do. Tomorrow when you get home from school you and I are going to spend as much time as it takes to get those two pieces down. I’m going to walk through the room while you play and I’m going to bang on the coffee table and I’m going to knock over vases. That way you can learn how to ignore everything else and think about the notes.”

“What if you break something?”

“You let me worry about that, okay? Let me help you with this. Because, Leta, you’re looking at one of the worst messer uppers in the world. I know how to learn from messing up.”

When we were finished and I high fived her for her hard work she asked, “Can I have some of that chocolate you were talking about?”

Cut to Saturday afternoon. She was dressed formally as is required by the rules of the program, but that didn’t stop her from running up and down a set of stairs to wiggle out her nerves. And, oh, was she nervous. She kept biting her lip and sneaking quick glances at the closed door to the performance room. I didn’t say much, I just rubbed her back here and there while we waited, my way of acknowledging her jitters and reminding her that I was already proud.

And then they called us in.

It was a tiny room with barely enough space to fit a piano let alone three judges, two parents, and one little sister high on adrenaline (“Marlo, if you are quiet during Leta’s performance we will go home and bake cookies in the oven. Or I could just shoot you.”) Leta stood next to the bench, presented them her sheet music and announced the names of her songs. And then she sat down to play.

I wasn’t nervous about her first song. She’s been able to play it with ease for several months, and she breezed right through it again. In the silent eternity before they signaled that she could begin her next piece, I closed my eyes, pulled a surprisingly cooperative Marlo deeper into my lap and held my breath.

Maybe it was my intuition as a mother, but I could tell after the first note that this was going to be the best she had ever played this song. There was a confidence in the dance between her two hands that I had not ever heard before, a fluidity in the notes that broke my heart with its beauty. When she hit the final, major-key note at the low end of treble clef I involuntarily started bawling. I didn’t want the judges to see or hear me so I hid my face in Marlo’s hair, a futile maneuver because she instantly perked up and screamed, “ARE WE GONNA BAKE COOKIESTH?!”

They told us the scores wouldn’t be revealed for a few days, but it didn’t matter. It didn’t matter one goddamn bit. Once we were out of the room and around the corner I knelt down so that Leta could see the light in my eyes and I hugged her as hard as I could without hurting her.

She hugged me back, and when she pulled away her face was beaming. “I did awesome, didn’t I?”

Yes. Yes, she did. She nailed it. And to celebrate we baked the fuck out of those cookies.