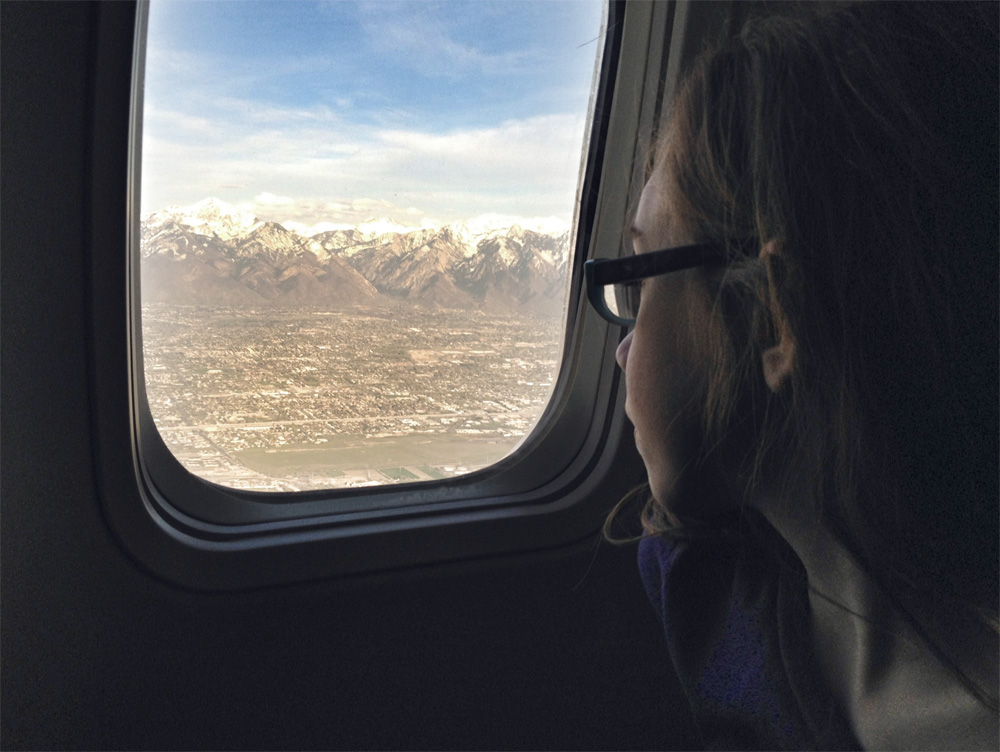 Last night on the descent into Salt Lake City from our weekend spent in Santa Barbara, I had Leta look out the window so that I could show her all the different places she’s been as seen from an airplane. Like, there is where Grandmommy lives, that’s where Joshua and Noah live, and that tall line of buildings there, that’s where Marlo was born. She thought that was kind of cool, but not nearly as cool as when we landed and the pilot slammed those engines into reverse and everybody and everything shot forward.

“THAT’S why they tell us to wear these seat belts!” she yelled.

“I was trying to figure that out! It’s not like we’re going to crash into a car or a tree up in the sky. Why wear a seatbelt?”

Oh, Leta. This ability to critically think about things is going to get you a killer bachelor’s degree in English. That will be useless when trying to apply for a job.