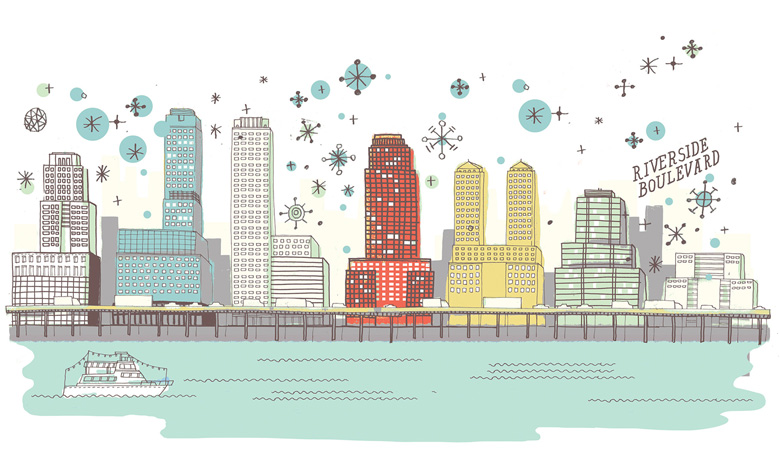 – An attempt to draw all the buildings in New York by James Gulliver Hancock, an illustrator originally from Australia currently based in Brooklyn, New York.

– “I almost shipped my pants laughing at this.”

– If Game Of Thrones took place entirely on Facebook

23. Sixty observations is suddenly feeling like quite a lot, to be honest.

– 25 Photos You Need To Really Look At To Understand

– This is just so beautiful:

After learning my flight was detained 4 hours,  I heard the announcement:  if anyone in the vicinity of gate 4-A understands any Arabic,  please come to the gate immediately.

– The History of Typography – Animated Short: A paper-letter animation about the history of fonts and typography. 291 Paper Letters. 2,454 Photographs. 140 hours of work.

– Bastille covers Bruno Mars with a little bit of The xx thrown in.

– Why is this so hilarious: compilation of animals trying to stay awake. You’re an animal for crying out loud. It’s not like you’re in a meeting or have to pay bills. JUST GO TO SLEEP ALREADY.

– The complete guide to sleeping at work:

Australian researchers writing in Nature Journal compared the performances of people who’d not slept for 28 hours with those with a blood alcohol level of 0.10% (the US drink-driving limit is 0.08%) and found the impairment on performance to be nearly identical.

– If it weren’t for the awful music, I could watch this all day: Follow me on Twitter

– I’m still here: back online after a year without the internet:

By late 2012, I’d learned how to make a new style of wrong choices off the internet. I abandoned my positive offline habits, and discovered new offline vices. Instead of taking boredom and lack of stimulation and turning them into learning and creativity, I turned toward passive consumption and social retreat.

– A scientific look at the pain of childbirth vs the pain of getting kicked in the balls.

“There will be snacks.” – someone successfully convincing me to do anything

George W. Bush Library is cool because they built a physical manifestation of an oxymoron.

My niece said “I donated my hair to Locks of Love, uncle Jeff!” and I was like “oh so you got a haircut congratulations”

Too bad fans of sprees can only choose shopping or killing

If I could only take ONE book to the moon, I’d make sure that book had a vagina.

Bedtime story? My sister and I broke into a church on the private school campus where we were attending Fat Camp and drank the holy wine.

errrybody in the club forgettin the V in everybody. There is a V in the word everybody.

We’ve got 4 kids, so my wife’s safe word is OVULATING.