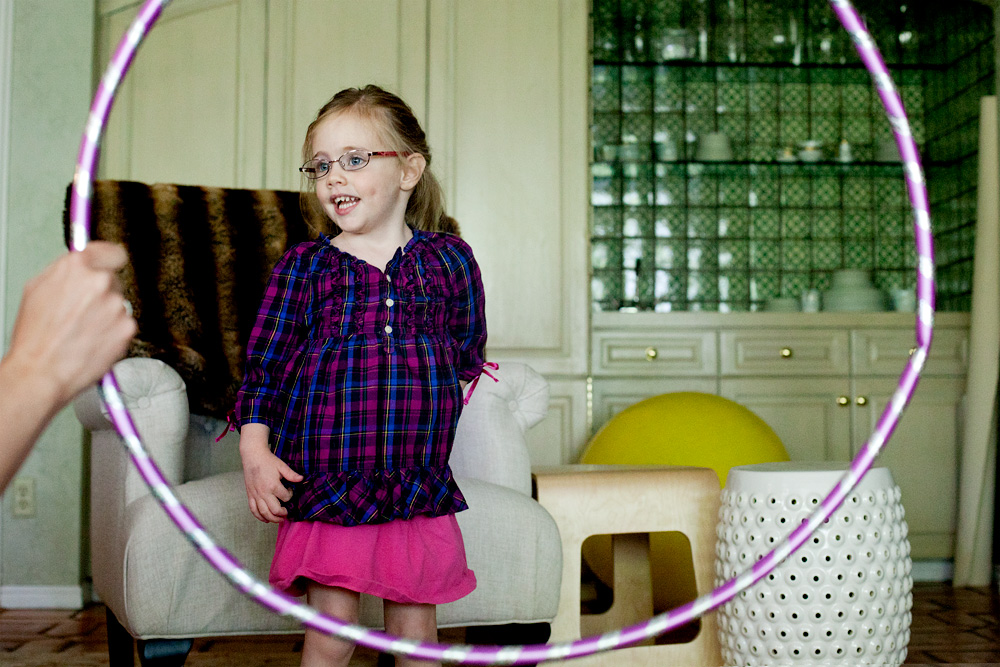 I got Leta a hula hoop a few weeks ago and you can see that Marlo has not only claimed it as her own but she’s also put a dent in it already. Her new “trick” is to dive through the hoop into a somersault, except when she does it she is the most ungraceful creature on earth. I always think she’s going to break her neck or sprain some other vital extremity. It’s like the Clumsy Olympics.

Before she makes a run for it, she holds up her right hand and counts with her fingers, “One, two, three, four…. five!” Except she only holds up four fingers. When Leta was this age she was already reading. But you know what? That’s okay. Yesterday Marlo told me that her granddaughter was going to love her outfit. Did Leta have any grandchildren at this age? SEE. Apples and oranges.