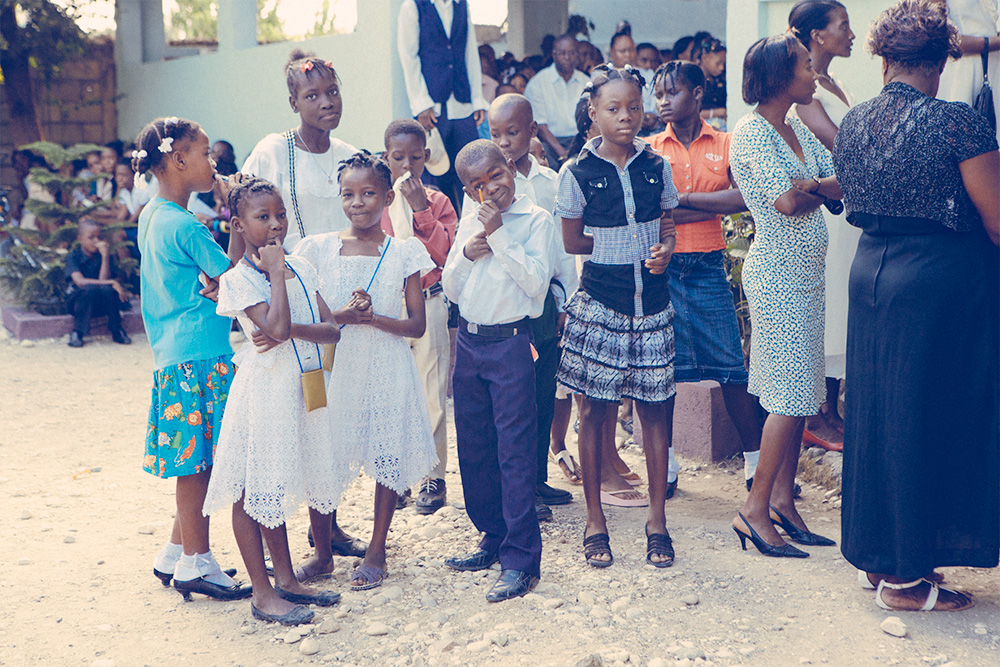 A week ago Sunday the group of us in Haiti had the incredible privilege of attending a Catholic church service, a pre-gradation mass that was being held in honor of the Midwives for Haiti class of 2013 up in the city of Hinche. The building was overflowing, standing room only inside, music booming out of the open facade and echoing off of every surface outside. Everyone was dressed in their Sunday best despite the blinding heat, an incessant and punishing temperature that never subsided.

We stood outside for the entire service, and I only got to take one brief peek through an open side door. Every word spoken and sung was in Creole, and very much unlike Mormon church services there was a drummer, someone playing a keyboard and a guitarist. There was rhythm and soul. Indeed, the exact type of church service worthy of an early Sunday morning.