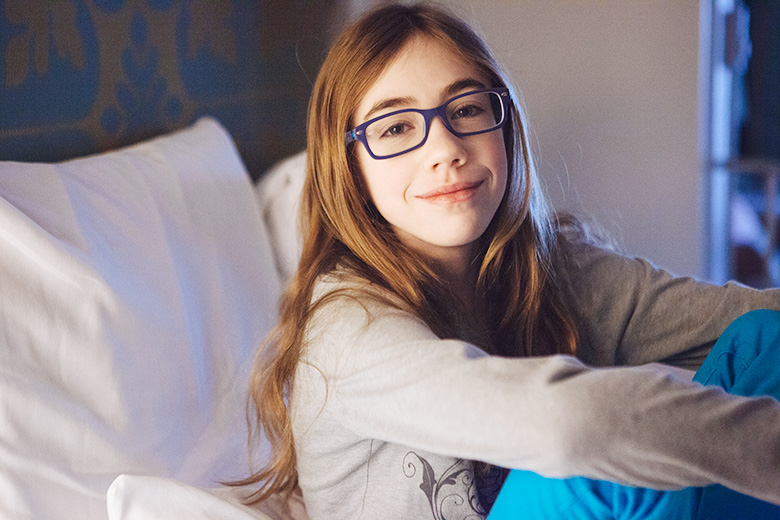 Yesterday you turned ten years old. As I sit down to write this I am acutely aware that you will be reading it almost immediately after I have put down the last word, not several years from now which has been the case with everything else I have written for you. Wait, that’s not entirely true. I think I did let you read the newsletter I wrote for you when you turned seven, and while reading the first paragraph your shoulders slumped dramatically. You turned your head to me at an agitated angle and asked, “Do I have to read the whole thing?”

You kindly left out the, “UGHHHHH,” that I knew you wanted to precede that question, but I could hear it in your brain. I didn’t get my feelings hurt because you were currently reading through Harry Potter books and I hadn’t mentioned a single word about wizards or magic in those first few sentences. I haven’t really devised a better plan to maintain your interest in this newsletter other than to promise that I won’t mention my butt more than just a few times. Let’s just go ahead and get the first instance out of the way, shall we? My butt. You’re rolling your eyes aren’t you? You want to turn to me right now and say, “SERIOUSLY?” When Marlo turns ten she’s going to be disappointed that I’m saying a whole bunch of nice things about her instead of typing the word BUTT 3,000 times. Can I mention here that I hope Marlo can read by the time she’s ten?

I have written in previous letters to you that one of the things I love most about you is how marvelous you are with your sister. Your relationship with her is one that grows and unfolds in ways that continue to astound me. I should first mention that the week after she was born I experienced an overwhelming sense of grief that one of my friends with multiple children warned me might happen. She said that when she had her second child she felt like she was somehow betraying her first, that she was dividing up the love and attention that she had always lavished on her first-born and it seemed totally unfair. I was still pregnant with Marlo at the time and not experiencing any of these feelings, so the DNA that Grandpa Mike gave to me wanted to say, “Your first-born does realize that life isn’t fair, right? We pay taxes, grow old and die. The end.”

I’m a good friend that way.

But there I was a week after bringing Marlo home from the hospital when it hit me: I had ruined your life.

I had given you a sister and destroyed your future. Before her, you were Leta Armstrong, daughter. After her, you were Leta Armstrong, daughter and sibling. I had changed your identity without your permission! WHAT HAD I DONE?! Had you asked for this sister? Had you asked to be saddled with a sibling for the rest of your life? In my hormonally-addled brain I thought I had attached you to an anchor and thrown you overboard. And I felt terrible. I really did think that I had messed up. You would forever have to slog through the daily hardship of being a sister.

That your sister is Marlo makes that last sentence somewhat true.

Obviously I was in a haze of sleeplessness and hormones, and that guilt quickly subsided as I watched your love for her grow. It has not ever stopped growing, nor has your enduring tolerance of being the older sibling. Marlo isn’t a bad kid, no. She generally plays well with others, but you will agree that she likes to be in charge, always has. She can be stubborn and loud and bossy and overbearing and sneaky, and you are quite often the target of all those traits. And, my god, your patience. It’s almost inhuman. If the Navy Seals who found Osama Bin Laden could watch you abide the constant attack of your little sister they’d be all DUDE.

You may not understand this now but the reason she is like that mostly with you is because she feels safe with you. She knows that whatever has happened between the two of you during the day that she can crawl up next to you on the couch and you will automatically wrap your arm around her shoulder. You love her but even more important than that, you accept her. While I do know now that I gave you the gift of a little sister, I gave Marlo something so much bigger: I gave her you.

Oh my god, I haven’t mentioned my butt in seven paragraphs! YOU OWE ME.

Okay, so here’s where the banana comes in. The what? Huh? Yeah. I told you I was going to write about this, remember? Now you do. THE BANANA. It has everything to do with what I’ve just written if only to underscore the dynamic between you and the sister who is nothing like you. We were having breakfast before school one morning last week and Marlo could not decide what she wanted to eat. A waffle? No. Cereal? No. Oatmeal? No. In fact, she had thrown her body on the couch and was whining, “THERE WILL NEVER EVER EVER EVER BE FOOD THAT I CAN EAT.”

Okay, maybe you two are a little bit alike.

Just then she saw me throw a banana into a shake I was making myself and she shouted, “A BANANA! I HAVE WANTED A BANANA THIS WHOLE TIME AND YOU HAVEN’T GIVEN ME ONE!” I will admit, I am pretty stingy with my bananas. WITH THOSE WHO DO NOT SPECIFY THAT THEY WANT A DAMN BANANA.

You were eating your cereal and minding your own business at the countertop when Marlo wandered over with a banana I had just peeled for her. I was only vaguely paying attention when I heard certain awful noises coming from your direction. I looked around at the exact right moment, it turns out, because as Marlo happily brought the banana to her mouth to take a bite you scowled and then some demon rose out of hell and possessed your voice as you hissed, “GO AWAY!”

“Go away” were the actual words you used but the tone was more like, “If you do not remove yourself from my presence I will tie you up and personally rip out your toenails with a set of pliers.”

Marlo can fall off the back of a couch or tumble down a set of stairs without blinking an eye, but she does have a sensitive side, one that you electrified with your demand. Her bottom lip began quivering and huge tears welled up in her eyes. She had no idea what she’d done to provoke this reaction from you, but, oh. I did. And I had to call upon every parental trick I knew to prevent myself from doubling over in laughter. You see, you hate bananas. In fact, hate is not an intense enough word. And there she was holding your Kryptonite not a foot from your face, holding it and enjoying it and celebrating it.

Out of everything that she has done to you — all your toys she has stolen and lost, all the times she has physically shoved you, stepped on you, crawled on you, and pulled your hair, all the times she has screamed hateful things at you because you were just sitting there — it took a single banana for you to lose your cool. If you are ever captured by enemy forces I hope to god they stick with waterboarding and don’t ever resort to offering you a fruit smoothie.

When I explained to Marlo that you did not like bananas, a flash of what I just explained crossed her face. Like, wait a minute. Leta is getting mad at me FOR THIS? FOR THIS?! Because she then slowly and very deliberately opened her mouth to show you the chewed up banana inside.

You would never do that to her, but she took great pleasure in doing it to you. We love her anyway, don’t we? I love the inside jokes you and I share, especially the ones about Marlo, how I can imitate the way she screams your name and you will cry from laughing. What I have loved most about this last year with you is the friendship we have cultivated, the time we spend together reading at night and the conversations we have afterward. I treasure the moment you run inside from school each day and hug me at the waist, your chin tucked into my navel, a grin spanning your entire face, always so eager to tell me about recess or library or that one kid in the other class. Invariably you ask me about my day, too, which shows a maturity and class that ten years ago I could only dream would exist in the child who made me a mother.

I am your mother first and foremost, yes, but we are great friends and I am so excited about this part of our journey together. I don’t expect my relationship with you to look exactly like the one I have with my own mother, but already there are similarities. You and I share a unique sense of humor and can lovingly poke fun at one another. We’re an unstoppable team when it comes to homework and school projects. You have also come to me a few times in the past year worried that something you had seen or done was wrong and “confessed” because the weight of it was making you miserable. As your mother and friend I tried to make you feel less anxious and steer you in a better, clearer direction. Mostly I empathized because I remember what it was like to be ten years old.

As a mother I gave you the gift of a sister, but it’s just as important to me that I give you the depth and breadth of my whole friendship. My mother never judges me, and that is a promise I have made to you and one that I will keep. That will be one of my mother’s greatest legacies, my friendship with you, because she is the one who has shown me how empowering this connection is. You can always tell me what is on your mind, your worries and fears and hopes, and in return you will get my whole heart: open and wide and safe.

I love you so dearly, my beautiful Leta Elise, daughter, sibling, friend.