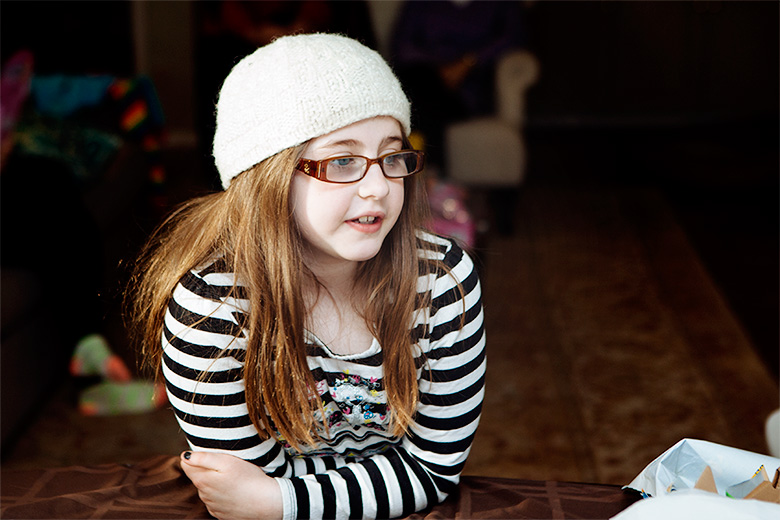 One night last week I was indulging in a favorite but rare evening activity—no, not a massage. No, not slipping dollar bills into the g-string of a spray-tanned stripper named Dylan. No, not sneaking onto the lawn of the local Mormon church and hanging tampons from the trees. I was watching the nightly news with Brian Williams. SOMEONE STOP ME. I’M GETTING OUT OF HAND.

It’s a favorite because, well, it’s Brian Williams. If you’re not a fan of Brian Williams, that’s okay. You are not a fundamentally bad person, just marginally flawed. And you should get help.

It’s rare because my nights are jam packed with kids and piano and homework and bath time and stories and songs. There isn’t a lot of spare time to sit down and watch television, at least not until my girls are asleep and by then I’m almost asleep as well. Friends keep telling me that I need to get out more, and I try to, I intend to, but why would I leave my house where there is a bed in which I can lie down and go to sleep? Invite me to a restaurant where there are beds and I’ll get out more.

Anyway. There I was watching the wonderful Brian Williams when my cell phone started to ring. I almost didn’t reach for it because the only people who call me without texting first are The Democrats. Listen. I love being a Democrat almost as much as I love Brian Williams, and I would be willing to give them more money IF THEY WOULD STOP CALLING MY PHONE.

Instead I glanced at it out of curiosity and the name on the phone was Gigi’s mother. It’s not like her to call out of the blue, so I picked it up immediately.

“Heather?!” said a young voice on the other end of the line. Ah, it was Gigi using her mother’s phone.

“This is Heather, Gigi. How are you?”

“For me? Okay,” I said, a little surprised that she hadn’t called to talk to Leta.

“First… can you recommend a good dog food?”

You guys, can I even tell you how awesome it is that Leta’s best friend called me to get my advice on dog food? I’m not sure I can express what an adorable moment that was, so adorable that I now need to amend the list of things that bring me joy to include “dispensing guidance on dog food to a nine-year-old.”

“I sure can!” I answered. “I’ve been feeding my dogs the same brand of food their entire lives.”

“It’s called Canidae. Let me spell it out for you because it’s kind of—”

Just then her father spoke up.

I could tell she had pulled the phone away from her face because her voice sounded muted. “I’m trying to find a new dog food!”

“Who are you talking to?” he asked.

“I’m talking to Heather.” I could hear him start to laugh.

“It’s not funny. We are feeding our dog POISON.”

She was so not kidding around.

“What are you talking about?”

She sighed and then explained, “There are ingredients in that food that aren’t even listed on the packaging. WHICH IS ILLEGAL.”

“Where did you come up with this?” he asked.

“I read it in, like, at least two different places on the Internet.”

She put the phone back to her face and said, “Can you spell it out for me?”

“Thank you. Okay. Next question… can Leta have a sleepover on Saturday night?”

“That’s totally fine with me,” I answered. “But let me check with Leta and get back to you. Sound good?”

“Yep!” she said. “Thank you for answering my questions. Goodbye.”

The next day her mother and I were texting and I asked her if she knew that Gigi had called me. She said she was totally unaware and I was like, listen. You cannot have your daughter fraternizing with a mommyblogger. Next thing you know I’m going to be writing about her and exploiting her childhood for cash money. And then I’m going to invite her out with me when I hang tampons from trees on private property in the middle of the night. WHICH IS ILLEGAL.