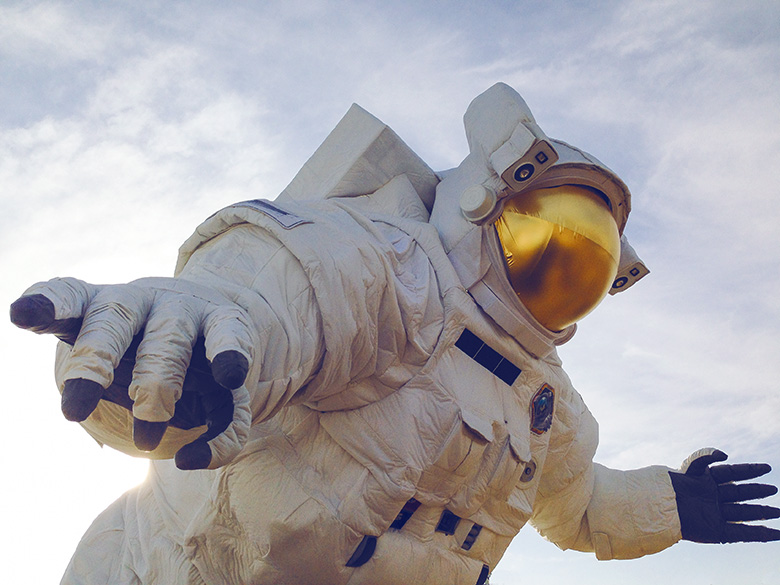 Arcade Fire ended their spectacular set at Coachella a little after midnight on Monday morning. They played all the fan favorites plus a few songs off of the new album, and this made me a little melancholy that I won’t be seeing them on tour. I suppose when you’re playing a festival you have to stick with the more popular songs from your collection to appeal to a crowd who paid not just to see you but also 50 other bands. A crowd who, it seems, is increasingly more interested in artists who spin records instead of playing instruments.

The walk to the car, according to my fitbit, was over a mile long. Add to that the traffic out of the venue in Indio, California and I didn’t get to bed until after 2 AM. I had to be up by 5:30 in order to make my flight in Los Angeles, so by midday I was a wreck. Three days of sun and standing and more standing and even more standing plus a bit more standing, all in the company of thousands and thousands and thousands of people, some who would lie right down on the ground without any concern that the stampede of bodies around them might crush their skull.

Bah humbug. Get off my lawn. I’m too old for this shit. All of that. One word: porta potties. I guess that’s two words, but whatever. People are so gross. All weekend I’d find myself mumbling under my breath, “Dear god did your mother teach you nothing.”

But when I look back at last weekend the thing I remember most, the thing that stands out so vividly and what I will carry with me is the astonishment of some of my favorite artists who looked out at the sea of people gathered around the stage and saw them singing along to every word. They were in total disbelief. Surprisingly wonderful and totally unhip disbelief. Artist after artist would look at the guitarist or the manager standing to the side of the stage like, is this really happening? Like, holy shit we made music that actually moves people. I loved being a witness to that emotion, that success.

I can only imagine the rush of hearing thousands of voices singing the words you wrote back to you, all of them pumping their arms and fists in the air to emphasize how much they love being there listening to you. Because when you’re a smaller artist and you book a festival like Coachella you’re probably thinking, okay good. We get to expose our music to a wider audience, one who has gathered to see three full days of different bands. And then you take the stage and start your first song and that sea of people goes nuts because they’ve been listening to it since the day you released it into the world. They came to see you. They stood in the sun and 100 degree weather next to masses of unwashed bodies because they knew you would be taking the stage.

Sure, they could have played it cool and acted like it ain’t no big thing, but they didn’t and I love them even more for recognizing and validating that connection with the crowd. So glad I got to experience that. Music makes me so happy.

Absolutely the best set of the weekend: Future Islands. If they are coming to a town anywhere near you, do whatever you can to see them live. Lead singer Samuel Herring puts on the most magical show. I’ve linked to this video of them performing on Letterman before, but it’s just the smallest taste of what he lays out on stage: