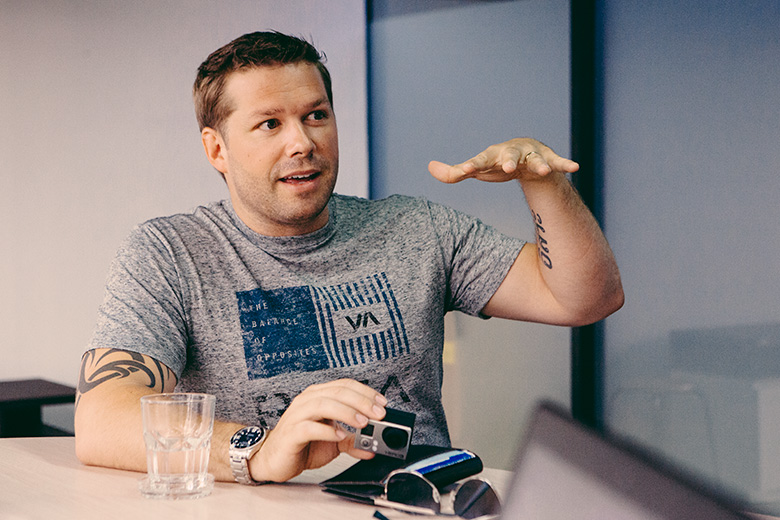 Monday morning I left my house at 6:30AM and landed three planes later on the other side of the world at what would have been noon my time on Tuesday afternoon, a total of almost 30 straight hours of travel. In the weeks leading up to this trip I had prepared myself for the discomfort of that amount of time sitting in a small chair up in the air, but in the end it almost feels like I tucked a neck pillow around my head and woke up in a far off alien land. I was perfectly fine, and I mention this only because every single person I have met in the last day and a half who works with The Exodus Road, every partner and team member has repeatedly expressed gratitude to those of us on this trip that we’d travel this far to witness what they do.

“We know how long that plane ride is,” they keep saying. “We know you had to make a lot of arrangements and compromises to get here, and thank you so much for taking this time.” This is interjected almost three or four times into every conversation, and the irony of it is humbling if not totally heartbreaking. Compromises? Arrangements? They have uprooted their entire lives, moved themselves and their families to a foreign land and dedicated their entire lives to fighting human depravity in its most vile incarnation.

The founder of The Exodus Road is a disarmingly blonde father of three originally from Bristol, Tennessee. Matt Parker spent many years in North Carolina, and I picked up on our similar accents immediately, the sing-song way we say certain words, the way we tend to chew on other syllables like a piece of gum. His demeanor is not at all what I expected from someone who has spent as much time as he has working undercover in bars and brothels, in back rooms where young girls and boys have been smuggled across several countries to have their virginity sold.

I guess I thought he’d be more serious, more hardened, perhaps quietly pensive. Some of the team members I met yesterday were more so, but not Matt. He’s infectiously positive and hopeful. His smile is so boyish that he seems a decade younger than he really is. What you notice most about him, though, especially as he sings and chews his words, is an all-consuming love he has not only for what he does but for the people he has assembled around him: his family, his team members, his partners, and especially the people of SE Asia. He really believes in this work, is certain that his mission in life is to give significant momentum to the abolition of modern-day slavery.

“We don’t want to be the biggest organization out here, we just want to go about this in the most effective way,” he says after introducing us to a collaborator named Steve Galster, founder of an organization called Freeland. What started out as a group to end wildlife trafficking—rhino horns, tigers, illegal timber, elephant ivory—quickly turned into one that couldn’t ignore the humans being sold along the same routes. Now the tactics that they use to protect natural habitats and animals species are being pooled in the fight that is so similar to the one Matt has launched. Both of them believe that partnering and pooling their resources is a far more effective way to further this issue than to launch disparate or competing campaigns.

It is this organization’s attitude toward building alliances that I think will ultimately make it successful. They haven’t come into this part of the world with a Superman complex. The easy, ineffective fix would be to find a young girl who has been sold or is being forced against her will into the commercial sex trade, pay for her services and then bring her to a safe house. Their “rescue” numbers would be a significant multiple of what they are if they operated like this, but in turn they would be creating vacuums that would be filled immediately with another human body. The brothel owner would simply go out and buy another girl.

Instead, Matt is assembling various teams and collaborators. Who is the best at aftercare? Who is the best at education? Who can market well? Who is good at fundraising? Who is fostering the most effective relationships with the local police force? Gathering these experts is an ongoing and organic process, and the goal of it all is to launch effective investigations: find the pedophile or the trafficker, assemble enough evidence for a raid, and make a successful arrest. If you pull it up by its root the weed will die.

Yesterday we saw the equipment that is necessary for these undercover investigations, and then watched footage of how it was used to capture footage of a “mamasan” attempting to sell two young Burmese girls highly valued for their virginity. It was as you would expect an obscene and nauseating display of moral depravity, especially as the mamasan, in an attempt to prove how precious her merchandise was, assured in detail to the undercover operative that these girls would not bleed excessively when their hymens were penetrated.

The girls never spoke a word, never turned to look anyone in the eye, and had probably long ago accepted that they would meet a certain kind of terrorizing fate.

It is this type evidence that leads to successful prosecutions.

Yesterday and last night we got to meet two different teams who conduct these investigations, the undercover agents—some of them former military personal, some who have worked in the commercial security field—who risk their lives gathering this footage, who spend days and months collecting information, data, photographs and tip-offs. When asked why he does this work one of these operatives gave an almost sheepish shrug. He said no one would ever know his name or recognize his face or have any idea about the hours he has spent toiling away on case file after case file, especially the people whose lives have been freed by those selfless hours. And he prefers it that way, prefers the satisfaction of knowing that he is helping return slaves to their homes and families over any type of recognition or personal promotion or pat on the back. I guess you could classify that a Clark Kent complex.

So much more to learn in the coming days.