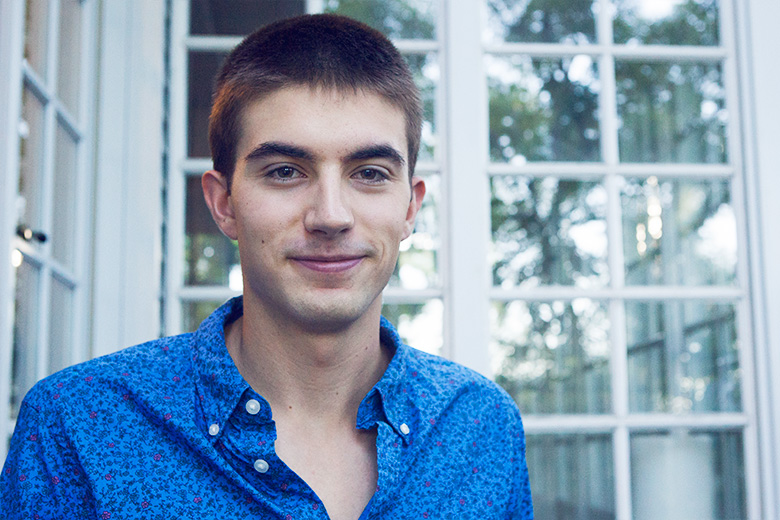 When Marlo and I returned from visiting friends in Southern California a few weeks ago, Dane picked us up at the airport and gave both of us a wide embrace. I asked him about the dogs because either he or Tyrant take care of them when I travel, and after catching up on everything else he asked me out of nowhere if I had a distinct tightness in my chest. Oddly, I had been experiencing that tightness for about a week and had written it off to the stress of school starting up for both girls and making sure I had everything in place.

“Remember what time of year it is?” he asked.

“Oh my god,” I said with recognition. “Here you are reminding me that it’s normal when I was the one who told you about this phenomenon in the first place. Thank you.”

We are very quickly approaching the autumnal equinox, a time of year that can be a little more difficult for those of us prone to depression or anxiety. I try to write something about it every year just as a reminder to anyone who might benefit from knowing that things will get better.

This year I asked Dane if he’d like to write about his experience with this seasonal occurrence because I’ve witnessed the difference it made in his life when he could finally pin a reason to what he feels every year in March and September. He very graciously agreed, and this is yet another reminder to you that you are not alone.

This is my first post to such a large audience, and it is a pleasure to share a story of mine as we enter the fall equinox. Some of you have seen me on this website outside with Marlo barefoot, or have heard about me playing jokes on Heather. As a quick introduction, my name is Dane and I am a student at the University of Utah. Whole Foods is my second home, and when I am not in class, studying, interning, or working, I am usually out raising hell in Salt Lake with my friends.

Like Heather and some of you, I have a sensitivity to the change of seasons. Fall and spring bring about a fire inside my chest that is often hard to bear.

During my first three years of college I was living in the dorms at the university, navigating my way through our huge campus and the new experience of being away from home. Spring was really hard to get through, and at the time I had no idea why. I figured fall was tough because it was the start of school and thus a significant transition every year, and spring was the end of the school year and I had to figure out what I was going to do for summer. That’s all I could come up with.

I can remember way back to elementary school and feeling the extra stress of fall and spring. As each school year started it seemed I had a harder time adjusting than my peers, and I remember getting super anxious as the end of each school year approached.

It was in March of 2012 when I was granted partial freedom in life. I was sitting at the table eating lunch with Heather and Tyrant during the blooming of spring, and she was talking about the equinoxes. She explained how difficult it is for many people, including herself, to cope with the transition of spring and fall, and how the beds at the University Neuropsychiatric Institute have had waiting lists from the influx of people both times of year.

And that was it.

The realization at that moment freed me from the dark world I once lived in—like I was taken out of a maze and shown the path from above. I suddenly knew why I had felt so uncomfortable twice a year for the entirety of my life, and realized It would go away as time would pass after each of the two equinoxes.

With the help of those close to me, I began my search to lessen the effects of my seasonal sensitivity. At the time I learned about the equinoxes, I had been on campus living off a sad diet of Pringles, Fire Cheetos, Sour Patch Kids, and Dr. Pepper (my roommate’s favorite). The effects of having such junk in my system were horrendous for my mental health. Heather has always said to me, “Do whatever works for you. If changing your diet helps, great. If going to church helps, do it. If taking medication works for you, awesome.”

Food was my answer.

I became intensely interested in healthy foods; in part due to my dad being super health conscious, in part due to Tyrant’s guidance, and in part due to my personal interest in getting better. I started going to Whole Foods on a regular basis and fell in love with the atmosphere and how I began to feel after eating such amazing sustenance every day. I could not get enough of the place. Whole Foods (or Whole Fruits as Marlo calls it) and the whole foods I was eating provided me my medicine—my mental freedom.

Looking back at the roller coaster of emotions and stress I’ve gone through over the years has taught me how to better identify and control what I’m feeling, and has brought me to a place of understanding most people do not have. I am stronger now not because the feeling is any less intense than it was years ago, but because I understand it. Now I know why. I know it will go away and that alone has saved me.

Now when something comes up in my life that tests my emotional state, whether it be stress, excitement, or sadness, I feel I am better equipped to get through those challenges. And those who are not affected by this cannot possibly know what it feels like to go through twice a year, and how it changes your lifestyle.

My purpose is to share my experience with those who resonate with my story, and to teach those who want to understand more about this phenomenon. For those who want to say, “I am so glad you have feelings…here’s a gold star,” or, “Oh no, not another one who belongs in a loony bin,” take yourself elsewhere, for no one asked your opinion on the matter. The truth is, everyone has a limitation of some sort—some people have poor eyesight as an inherent limitation and wear glasses, some take medication for an immune disorder or depression. Some limitations are more extreme than others, and some are treated, tolerated, or accepted more than others. But to discount another for their unique sensitivity to the world is an illness of its own.

Despite the increased attention and understanding of mental illness (I personally don’t like this phrase) in our culture, I am still careful who I talk about this topic with. For those who do not understand, they often react as if I am—we are—less capable than they. As if this one thing renders me unstable and not to be trusted. Too often people with similar symptoms are clinically labeled as defective human beings and declared by their friends as unfit members of society.

Maybe it will be one of our next social movements—to make it known and acceptable to have these limitations, whether it be minor and isolated or more intense and complicated.

So I am coming out for the second time in my life: My name is Dane and the change of seasons is hard for me to cope with. I experience the world in a way most don’t, but many do. It is every part of who I am as it is being tall, liking avocados and not coffee, enjoying a night of dancing over one in a movie theater, or having the urge to cry as I stare across the valley at a beautiful thunderstorm refreshing the land below.

The Feeling. The fire inside, the constant burning in my chest, will always be with me—at least during the rough times of year. It reminds me that I am alive on this beautiful planet. This fall and its equinox period may be the most chaotic I have ever experienced, but this is the best fall of my life.