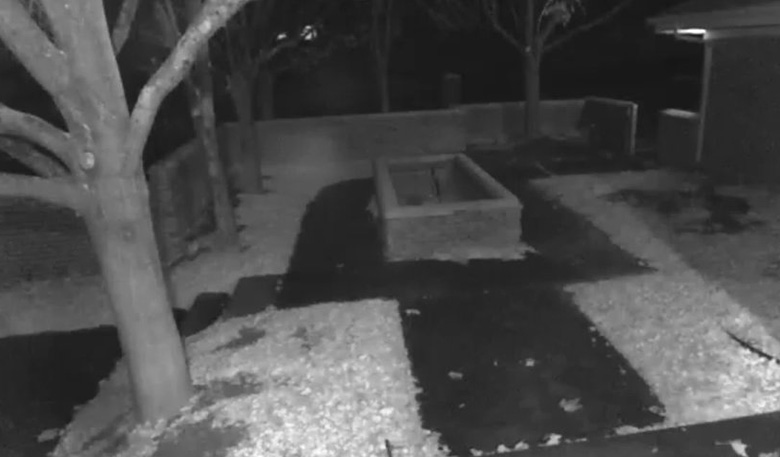 On Thursday nights I let Leta sleep with me as a way to reward her for the hours of homework and piano practice she’s accomplished over the course of the week. We chose Thursdays because that’s the night of her piano lesson, and it commemorates that weekly milestone. I know I have talked extensively about dreading the tiny arms and knees and elbows that will eventually end up smacking me directly in the face when my children sleep with me, but then I finally figured out that I could avoid that by erecting a pillow barrier between me and their ammo:

You are over there. I am over here. Do not cross this line. Are we clear. Where’s my hot dog.

This only works if they get into my bed before they go to sleep. If they wake up in the middle of the night and climb into bed with me it’s usually because of a nightmare, and I will spend the rest of the night with four skinny limbs wrapped so tightly around my body that I lie awake counting down the seconds until the circulation is cut off from my brain.

Last Thursday night Leta crawled under the covers waaaay over on her side of my bed, and after reading for about 40 minutes took of her glasses and said goodnight. I climbed over the four pillows lined up between us, kissed her forehead and stroked her hair like I do every night. I then traveled back over to my quadrant and continued reading for, oh, two seconds and then turned off my lamp to go to sleep. At 9 PM.

QUICK TANGENT: I don’t have time and am too tired to read or watch anything anymore. After kissing Leta goodnight every night I’m like, where is the nearest horizontal surface so that I may fall over. This makes for odd urges when I travel because I so desperately want to share with someone, anyone on a plane that holy shit I get to read a book.

On a recent flight there were screens on the back of every headrest, and I couldn’t help myself. I had to share my excitement with another human being, so I turned to the older couple sitting next to me and shout-whispered, “I GET TO WATCH A MOVIE!” all while violently pointing to the screen in front of me. They were so happy they chose seats 14B and 14C next to the lady who every ten minutes would take out her earphones, point again to the screen and say, “I”m watching a movie!” And then I’d give a thumbs up with both of my hands.

Both Leta and I were fast asleep when suddenly we heard furious banging going on underneath us. The banging continued while a voice I did not recognize started yelling something I couldn’t understand. I looked at my phone to find out that it was about 4:30 AM when Leta sat straight up and said, “What’s going on? What is that? Mom, what is that?”

I told her to sit tight, and after I pulled on a pair of pants I headed downstairs to see what was going on. Yes, I am that woman you scream at in the movies who walks into the dark tunnel straight toward danger. RUN AWAY! Except no, I can’t run away. I need to get a good look at what is about to maim me.

I immediately noticed through the vertical windows flanking my front door that someone was standing outside, and he continued to hammer at my door with his fist. As I got closer to the door I realized that it was an old man who lives in the neighborhood, an old man who takes long walks every day and waves and smiles at every single pedestrian and every passing car. So I approached the door and cracked it just to enough to say, “Hi there. Are you okay?”

I mean him no disrespect with what I’m about to say, but in the haze of sleep and darkness my first thought was, “Oh, god. Facebook has shown up at my door.”

My second thought was, “Maybe I should turn on the TV? Has something happened?”

He interrupted my second thought with, “I escaped the camps, and now Obama is coming to get me! If he gets me he will kill me!” His accent was thick and jarring.

Leta had at that point found her way out of my bed and was standing at my side, tugging on my shirt and asking what was going on. I physically shook my head to straighten out my thoughts and whispered to her, “He’s our neighbor and he’s disoriented. He doesn’t know where he is.”

“Do you know where your house is?” I asked him.

He was fully dressed as he usually is in the daytime, as if he was going somewhere, maybe for one of his long walks. I stepped out onto the porch and pointed in the direction of his house. “Your house is right over there,” I said.

I turned toward Leta and told her that I was going to show him where his house was, but apparently she did not hear me and ran back up to my room. As he and I stepped off the porch I realized that I was going to have to walk him home, he was just too confused. I knew I couldn’t call the police because that would frighten him even more, and so the quickest and best solution for everyone involved was to get him inside his house. If I didn’t he would continue wandering around, potentially into harm’s way.

I didn’t even realize that I didn’t have any shoes on. Or that I was still in a t-shirt. I wasn’t even aware that it was 32 degrees outside.

I steadied him out of my driveway and down the sidewalk toward his house as he continued to talk about escaping the camps and being afraid. I assured him that everything would be okay, and that he’d be safe in his home. We both walked up to his door, and once he was safely inside I felt good enough about everything to walk away. I’d check on him later in the day.

Right then I heard a piercing scream. It continued for several seconds, and out from my driveway came running my long-limbed Leta.

“WHERE IS HE TAKING YOU?!” she shrieked when she saw me walking toward her.

She was barefoot and, of course, still in her pajamas, so I ran toward her and scooped her into my arms. She was shaking and crying hysterically.

“He didn’t take me anywhere, sweetie,” I assured her. “I told you I had to show him where his house is. I had to make sure that he got into his house.”

“I thought he was kidnapping you!” she spoke through sobs. I stroked her hair and continued to assure her as we walked back to the house. It wasn’t until I closed the front door behind us that the cold suddenly hit me. My feet were frozen inside my socks.

When we got back to bed I disassembled the pillow fort dividing the bed in two and pulled her shivering body close. I explained again what had happened, and then we hugged and took long deep breaths together to calm down. After about a half hour I felt her fall limp into sleep. I wouldn’t ever get back to sleep, not with “escaped the camps” bouncing off of every corner of my brain.

The following day Tyrant volunteered to walk over and knock on his door to check up on him. Tyrant has had a few friendly conversations with him over the last couple of years and was sad to learn that this had all happened. The man’s brother answered the door and confirmed that this neighbor was experiencing symptoms of dementia. He also said that he was indeed a young boy when he survived and escaped a death camp.

I was holding out hope that those words had been spoken to me out of confusion, but no…. All the neighbors that I am friendly with have stories about feeling uplifted when he waves and smiles. He’s turned my day around more than once by waving at me with both hands, a grin spanning his entire face. He transmits light and joy. I have so much to learn from that alone.

That afternoon a technician was troubleshooting some security hardware I had installed on the house after Coco busted a teenager trying to break into my garage. Out of nowhere he found me at my desk and asked, “Did you have a visitor early this morning?”

The whole thing is on tape.

That is some incredible bedhead I’m sporting at 4:33 AM, and Leta was able to laugh four days later when she saw herself running toward the sidewalk.

“I’m all arms and legs!” she giggled. I’ve helped her work through her fears about that night, and I’m glad she’s not experiencing any ongoing distress. But this has served as the perfect opportunity to talk to her about what happened during World War II. And what this incredible man teaches us through his actions every single day. She finally understands why I had to walk him home that night and even said to me that she’s glad he knocked on our door.