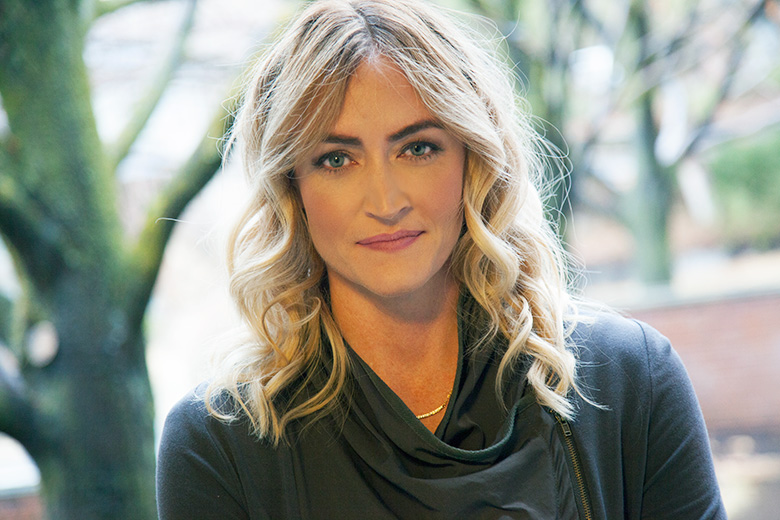 Yesterday morning I pulled a bag out of the refrigerator containing mounds of chopped kale and spinach and began adding it on top of other ingredients in my blender. Marlo scrunched up her nose and with a mouth full of cereal yelled from across the kitchen, “Ugh. Again?!”

I had chopped up several heads of these greens the night before and added them to a food processor with the juice of several limes, an avocado, a bit of cilantro and some coconut oil. Marlo wanted to “help” so I let her add the greens each time there was room enough to jam more in. The end result was a very tasty green sludge packed with tons of nutrients that I can add to meals. However, Marlo took one look at the consistency and forthrightly delivered her judgement: “You better throw that away.”

I’d taken a look at my diet that I thought was serving me well, much like I have in the past year taken a look at my life. I realized that while I wasn’t eating processed food—that my plate was filled to brimming with healthy things—I wasn’t eating nearly enough vegetables, especially green ones. I wasn’t replenishing my depleted muscles with essential nutrients found specifically in those foods. I was counting on the protein in the meat I was eating to do that for me.

I am now consciously eliminating all the animal products in the my diet and turning to different sources of protein, vitamins and minerals. It seems like an absolutely insane thing to take on during what has to be one of the most pivotal points in my career. So much is changing and turning on its head, all at once. It’s like Chuck thought, well, if this much is changing for her, I might as well start urinating in my diaper at least four times a day. What’s one more thing?

I know you’ve noticed that my silence over here has started to span longer periods of time, and that has everything to do with projects I’ve taken on outside this space, projects that use a different part of my brain and require me to exercise different skills. I’ve enjoyed the change of landscape, the different sources of fulfillment. These projects have provided a much needed distraction from what many of us who have been doing this since most Vine stars were still an unfertilized egg in a womb are facing: a dangerous level of exhaustion and dissatisfaction.

By “doing this” I mean “crafting and sharing stories about the experiences in our lives.”

Everything has been reduced to a small square photo on a phone. Attentions spans are now 140 characters long, sometimes as short as a video or a picture that self destructs in a few seconds. I have stood in a line at a coffee shop and watched as seven people in a row ordered something without looking up from their phone. The quick fix is king.

Many of my colleagues have closed up shop entirely, and I have an insight and an understanding as to why they would make that decision. “Living online” for us means something different than it does for young college kids or professionals who spend their entire day on a phone or computer. For us it means inviting a virtual audience into our home—our very distinctly messy home that has not been styled for an Instagram photo—and offering them an honest look at our spaces, our relationships, our victories as well as our wounds knowing that in the process of doing so we help each other to feel less alone.

It has also in recent years turned into a peculiar livelihood that involves grueling and inhuman publishing schedules, hours spent on the phone with networks and brands trying to convince someone outside of the relationship with that virtual audience why something will or will not work, email threads about those phone calls lasting months on end. It’s a lot like a traditional desk job.

But what makes this livelihood glaringly different are not only the constant creative strains of churning out new and entertaining content—content we cannot delegate to anyone else because our audiences read our stories for our particular voice and perspective—but also the security systems we’ve had to set up as an increasingly more diverse group of people throw rocks at our houses with the intention of causing damage: passersby, rubbernecks, stalkers, even journalists. We have separate security systems for those who take every word and decision we share and deliberately misinterpret it, disfigure it to the point of it being wholly unrecognizable, and then broadcast to us and to their own audiences that they have diagnosed us with a personality disorder.

“Living online” for us looks completely different now than it did when we all set out to build this community, and the emotional and physical toll of it is rapidly becoming a health hazard.

Many friends who know about all the changes in my life have asked, “So, what will happen to dooce®?! Will you shut it down? What is your last post going to say?” And I always stand there and shake my head. I have no intention of shutting this space down. There are too many memories in these pages, and frankly, I still like to write stories. I still have a few contracts that I need to see to completion, and I will continue posting here. But eventually I’d like to get back to the reason I started “living online” in the first place: writing for the love of it, writing when the story inside is begging to be told.

I’ve been counting on this “meat” for far too long to replenish a set of muscles so dangerously depleted that I’ve had to turn to different sources of professional fulfillment.

In the last few years these sources have become so numerous that I decided to start a new company to house and manage them. It’s called HBA Media, Inc., and today its website is going live: http://www.heatherbarmstrong.com

This site was a project all its own, and I could not have done it without the help of the design company ALSO (in particular Jenny Volvovski), and developer Brett Burwell of Static Interactive who both lived through the upheaval that happened when I became a full-time single parent. They may have one or two or ten email responses that include some variation of, “My kid is sick again, working on finding backup.” I have so much gratitude for their expertise, advice and patience.

I also have to thank copywriter John Bray, first, for his forgiveness, and second, for jumping in to help me when I realized that writing about myself in the third person made me feel as gross and dirty as a politician getting caught sending unwanted photos of his bulging boxer briefs. His eye for detail has been crucial in seeing this endeavor come alive.

And finally, thank you. You’ve been here in my home with me, some of you for months, others for years, some even the entire time. Thank you for being here on this journey with me, my girls and my dogs. I hope you’ll stick around for the next chapter which, let’s be honest. Given the archives here, what unfolds next will twist and swerve and swing through the trees. And it all starts with a trip to the White House this weekend.