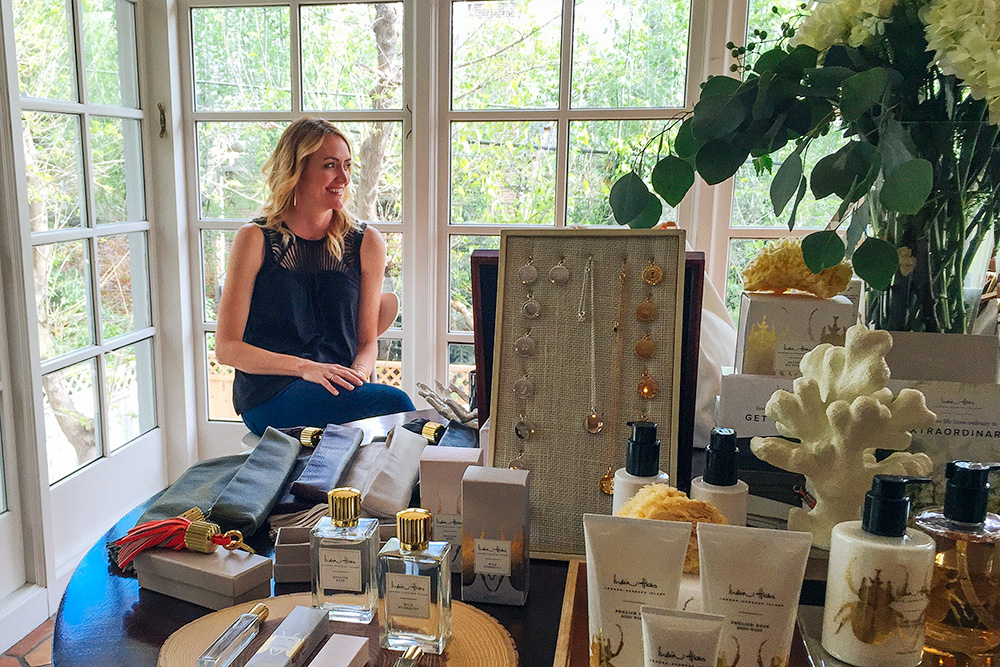 Yes. I’m still here, but in between conference calls and traveling and managing four? five? different email addresses my daily life is a rather jumbled mess of balls (STOP LAUGHING, JENNY JUREK) dropping as I try to keep them all in the air. Balls. Ball.

Tyrant left over a month ago for a wonderful opportunity at Sundance, and I’m really excited for him (see my reference to all the change that’s happening). And then there’s Chuck… the upkeep is pretty intense as he doesn’t want to go outside anymore and is now tripping on the doorstep and the lip of the carpet on the rare occasion that he does get up out of his bed. But that’s another post entirely.

Two days ago India Hicks dropped by for a little party at my house to showcase her new line of products, and we both spent more than several minutes shaking our heads at how social media brings so many different worlds together. She discovered my MOMMY BLOG a few years ago, and we’ve been virtual friends ever since. I finally got to hug this friend in person, take a walk with her through the neighborhood overlooking the valley, and swap stories about family and religion with a healthy dose of swearing thrown about. You guys should hear how eloquently British royalty can drop an f-bomb.

Other people I have met through twitter: Donny Osmond, Peter Frampton, Christy Turlington, Tyra Banks, John Hodgman, John Dickerson, and a whole slew of others including one in particular who will go unnamed. All of us on our phones. Sitting on the toilet.

I have sorely missed having two to three hours of uninterrupted time to sit down and write. I’ve got so many stories I want to get down in words, but there are no more minutes in the day. Just gone. From a text message earlier today with a friend who is also a single parent:

Him: “I’m spending time on that today and tonight. Because I have so much time to spend on that.”

Life is nutty and shoehorned and beautiful and surprising and complicated. This morning before I walked Marlo into her class she asked, “Do we dream when we are dead?” My heart is a little fragile right now because of Chuck, so I hid my tears behind my sunglasses and said to her, “What do you think?” She made a face just like this one and answered, “There better be dreams when I’m dead!” Death, you just got your marching orders: