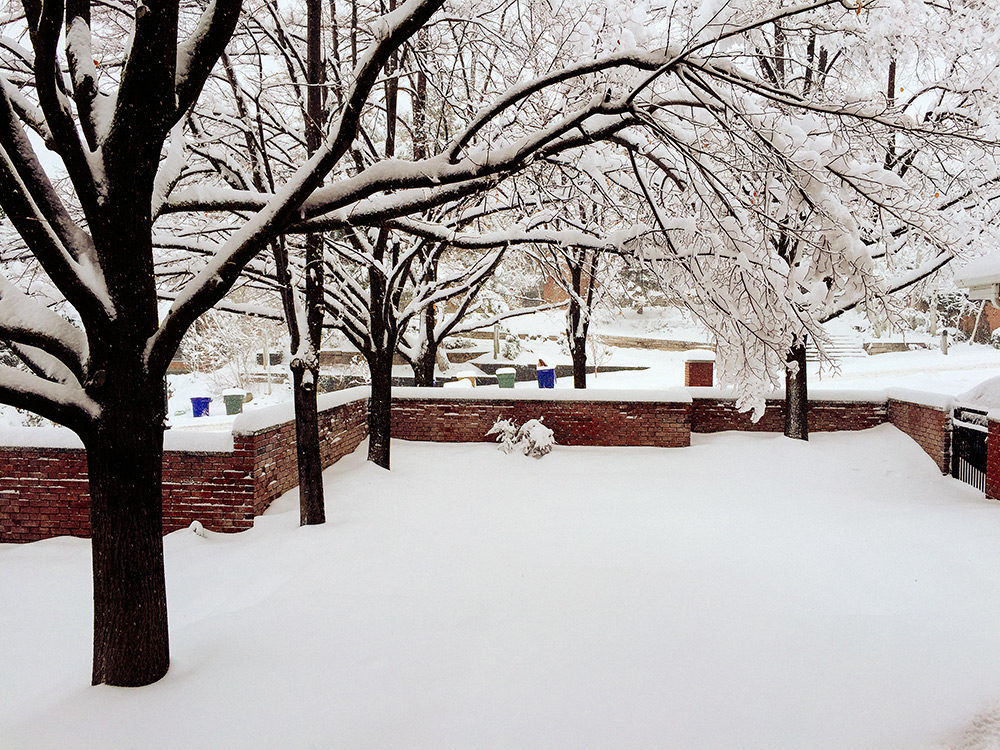 Someone somewhere was asleep on the job or had a massive vendetta against the city because this first huge snowstorm of the season messed up a whole ton of shit. In the cumulative 20 years that I have lived in Utah never has school been canceled. Not once. I remember running through almost three feet of fresh snow to make it to a literature class my senior year at BYU knowing that this particular professor was apt to give surprise exams during the first five minutes. And he did. And anyone stranded in the storm got dinged.

Monday morning we woke up to almost 18 inches of snow (a storm that would continue throughout the day and eventually dump over two feet at my elevation) and not a single road had been plowed. Nada. Zero roads. A school bus stood still and stranded at the end of our street blocking all traffic. Cars were stuck in polka dot patterns along the entire route to school. I had to drop the girls off early in an attempt to make it back up the hill to the house for one of the most important phone calls of my life (my cell service is useless, had to take the call on my landline), and I was literally sticking my neck and tongue forward like a turtle thinking it would somehow give my car the momentum to climb over heaps of unplowed snow. I am a graceful and sexy being, yes I am.

I made the call (GO GO GADGET TURTLE POSTURE), and in the middle of it the school district left two voice messages and two emails saying that kids needed to stay home because of the storm. ??? Whaaaaa? WHHHHAAAAA. I WALKED THROUGH A BLIZZARD TO TAKE AN EXAM. There were only 18 inches on the ground right then. THIS IS UTAH WHY YES I AM CAPS LOCK TRIGGER HAPPY BECAUSE what an embarrassment. I can understand a storm of this magnitude bringing, say, Seattle to a halt. But Salt Lake City? Best snow on earth? Snow is at the heart of our reputation. We get snow done.

Someone needs to have a serious talking to. Revoke their temple recommend stat, bishop.

Email ArticleTwitterFacebookPin It
landscape,snow,Utah,winter
Prev As American as apple pie
Next Other than seeing Star Wars, what else could he possibly want?