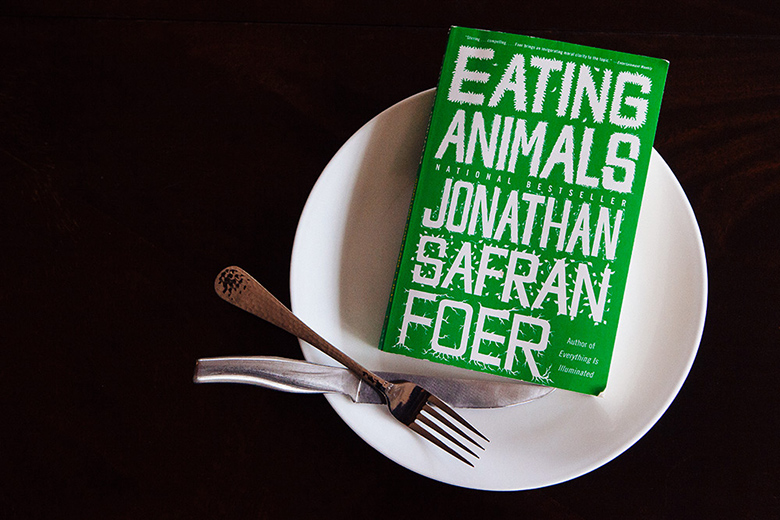 There have been a few books I’ve read in the last couple of years that have changed parts of me in one way or another, but there are two that stand out as ones that have transformed me completely. They both altered, one, my perception of the characteristics of human decency, and two, what I consider to be my dutiful role as someone who was born in America.

became and remains one of the best and most important books I’ve ever read. It kicked wide open a door into the vast expanse of what I had not ever explored to be my responsibility as a white woman born in this country, that my birthright of privilege built upon the marginalization, enslavement, torture, and dehumanization of an entire race of people requires me to make quantitative efforts to dismantle it. I get caught up a lot in the minutia of the day-to-day details of juggling work and kids and don’t do nearly enough, so I concentrate a lot of what I try to do in raising my girls to do better than I have done. But, now I know. The knowing is so crucial.

I cannot un-know it. And I see it everywhere now, brazen and glaring and monstrously ugly.

Over the Thanksgiving holiday I spent a day and night in Hudson, New York. To pass some of the time between checking out of my room and waiting a few hours for the train back into the city, I ducked out of the cold into a small independent bookstore. After glancing at several rows of titles I finally landed on a cover whose vibrant color caught my attention. It was this green hue, not the title or the author or its possible contents, that made me pick it up. And for that I will always wonder why and think, whoever designed that cover changed my life. I would not have picked it up otherwise. And now… now after reading it from the front to the back of that jacket, I know.

that goes into great detail about his vegan diet and ability to maintain a high endurance athleticism because of it. After I did more research and self reflection (yes, about the treatment of animals) I decided I wanted to eat a vegan diet, or at least give it a go. After a month of eating that way I didn’t look back, didn’t want to look back. But my travel schedule became increasingly insane, and finding things I could eat became more difficult in direct proportion to the miles piling up in my rewards account. I far too often sat starving in an airport dreading the taste of yet another bar or bag of granola.

So I became a terrible vegan, a sometimes vegan, an “I’ll eat this way when I’m at home” vegan. And because I didn’t want to inconvenience friends I’d eat whatever they were eating when none of it was vegan. Essentially, I was not a vegan.

While flipping through the pages of that green book, my body tucked up against a shelf to let the crowds of other people seeking refuge from the cold pass by, I happened to land on a passage that made my face burn:

“Farming is shaped not only by food choices, but by political ones. Choosing a personal diet is insufficient. But how far am I willing to push my own decisions and my own views about the best alternative animal agriculture? What should we all expect of one another when it comes to the question of eating animals? What positions on eating animals would I insist are basic to moral decency?”

by Jonathan Safran Foer is the least militant or preachy or guilt-tripping book about the ethics of eating animals you’re ever going to read. In fact, it is so even-tempered that I am going to recommend this book to my 74-year-old father who could not possibly be more conservative or have less regard for the existence of an animal. In fact, Foer doesn’t even advocate for a vegetarian diet. No pun intended, he is not brandishing a pitchfork, except to say, basically: if things don’t change, the earth is pretty much screwed.

What this book uncovers and exposes and lays bare about the origin of the meat we consume is so important primarily in the knowing of it. We, and I specifically mean Americans, are far too removed from the food on our plate, and these pages bring the stench and filth and chemicals and screeching echoes of suffering right into our hands in the most matter-of-fact, Kanye getting on the stage, he will let you finish that pulled pork sandwich, but this is exactly what it means when you do so kind of way. Beyoncé’s video was better. The truth.

I already knew most of what he uncovered in over three and a half years of research into factory farming, that from which 99% of the meat we consume comes from:

“More than any set of practices, factory-farming is a mind-set: reduce production costs to the absolute minimum and systematically ignore or ‘externalize’ such costs as environmental degradation, human disease, and animal suffering. For thousands of years farmers took their cues from natural processes. Factory farming considers nature an obstacle to be overcome.”

I’ve read the statistics, watched the documentaries and sickening YouTube videos, learned that “cage-free” and “organic” are meaningless labels. And so, why is this book the catalyst that has made me decide that I will inconvenience my friends by my dietary choices?

Because what he so deftly emphasizes again and again is that we do not want to know. We do not want to talk about it. We want to ignore it, and we can. And we do. And that is so very fucking American. It is because we are American.

And, but of course, Americans consume more meat than any other country in the world.

I refuse to ascribe to this part of my privileged birthright anymore. That birthright allows me dietary choices and demands that I make an effort to help end the factory farming system on behalf of those who cannot afford to:

“Our response to the factory farm is ultimately a test of how we respond to the powerless, to the most distant, to the voiceless—it is a test of how we act when no one is forcing us to act one way or another.”

It is the number one cause of climate change, and “the earth will eventually shake off factory farming like a dog shakes off fleas; the only question is whether we will get shaken off along with it.”