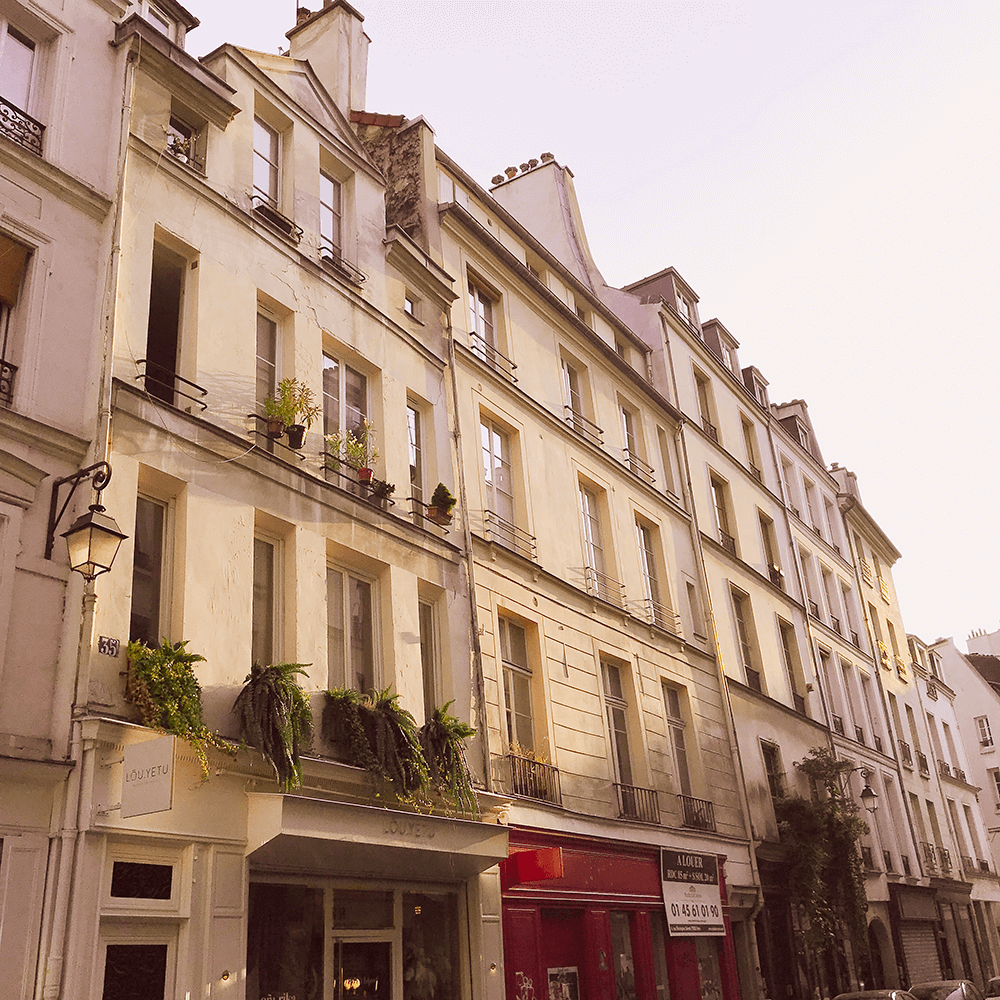 Greetings once again from a second story apartment in Le Marais, an historic district in Paris where last year I witnessed Parisian people behaving distinctly un-Parisian when Anderson Cooper climbed out of a black Mercedes with his luggage and headed toward the entrance of a hotel. They were trying to hold it together, trying to keep a lid on things. But then they all did what I did in 1999 when I turned around to see a nine-months-pregnant Cindy Crawford ordering meat from the butcher at Canter’s Deli on Fairfax Ave in West Hollywood. I bottled up every urge to scream and faint and drool until the gloriousness of her physical being became too much to comprehend. So I just looked straight at her and blurted, “SAUSAGE.”

Here in Le Marais when one loses one shit over one’s favorite celebrity one yells, “SAUCISSE.”

I am back in Paris, now on my second of three weeks. I’m headed to London the final week of July, but not before I turn in the edits for my book. A few things about that—and yes, what a way to come full circle. I remember sitting on the white sheets of the bed in this apartment with my laptop perched on my thighs, the sound of rhythmic, pouring rain bathing the windows. I’d known for a couple of months that I’d be coming here to write the first few chapters of this book, and there… then… that morning… staring at a dauntingly blank document. I was scared shitless. And rightfully so. It took me over eight hours to write the first page. I was the stereotypical dad hogging the only bathroom in a house of six kids, all of them banging on the door demanding to know when he is going to be finished and trying to ignore the grunting and moaning on the other side of it.

I was not finished with the latest Reader’s Digest, fools. Back off and let me sit here and concentrate.

After that, though, the writing came swiftly. It felt effortless. And, as usual, it was riddled with tangents. Luckily, the literary machine has quirky yet very useful plugins called Editors that they’ve installed to make sure those tangents don’t derail an important narrative. For instance, my editor cut out a five-paragraph tangent about a party in 2005 where I danced with a large group of gay men to Neil Diamond’s “Sweet Caroline” and one of them pretended to honk my boobs during the chorus. My editor and I both decided to leave the whole thing out, but I could have just summed it up with, “I danced with gay men and spent a year in marriage counseling because I was so thoughtless.”

Yeah. This book explores some deep and revealing corners that I’ve never written about. You’re gonna want to read it.

I’m sending in the edits today after working furiously on them last week. In Paris. Last year I came here as someone who had literally been reborn, someone with new eyes and ears. All of my senses were on fire, and I had to fight every impulse to pull strangers aside and sing, “nous sommes tous vivants, motherfuckers!”

Translation: “We are all alive, friends!”

I come here this year as someone who has settled into being reborn. My senses are still heightened but I am much more aware of the rest of my life. A lot is changing and shifting around. Good things. Wonderful things. I still see so much light. But, I mean, my kid starts high school in six weeks, for crying out loud. I trusted you, my dear readers, to care and love for my older daughter and you let her grow up to become a high schooler? HOW DARE YOU. I don’t know what to believe anymore.

Last year I looked ahead and thought, “Anything can happen!” This year I have a pretty damn good idea about what’s going to happen. And neither perspective is better or worse than the other. Just, different. I come here now with nostalgia over the things that last year knocked me over. And those things—could be a building, could be a couple holding hands at a cafe, could be a goddamn corn nut—were so intoxicating that I often contemplated stripping nude and belly-flopping into the river.

Speaking of corn nuts… I got here and found two bags at FranPrix and they have yet to restock them. SOS. SEND HELP. WE’RE ALL GOING TO DIE. FUCK TRUMP, EAT CORN NUTS.

The other thing worth mentioning is the heat, holy sweaty goat balls. It is not friendly this go around. Last year temperatures hovered in the seventies and low eighties, with a few days never making it out of the sixties. It rained a few days a week. This time? I cannot cool off. I am hot and sticky all the time. The sun is relentless. I have a fan in my apartment, but I can’t sleep with the windows open or the sound of les motos will wake me all night long. I think the heat compounded a case of food poisoning on Friday when I puked and did the other thing one does when arguing with a piece of under-uncooked fish (BEHOLD MY RESTRAINT) for over eight hours during the night. I couldn’t get hydrated and had to remain immobile for over a day. In Paris. My favorite place in the world. With rationed corn nuts.

Also, this happened the other day:

Desperate for an iced coffee in Paris I find a Starbucks. Cashier asks for my name in French and I repeat, “Heather,” four times to a confused stare. A few minutes later my drink comes up and the barista yells, “Ms. Smith!”

POINT BEING: I am so happy to be back even though it’s brutally hot and I am going to run out of food and have no desire to skinny dip in la Seine.