For those of you following along on Instagram — and yes, I know you are, I see you — you will have seen that I waltzed from Denmark to Prague and then spent some time in Portugal over the summer. I didn’t chronicle the time I spent on a stopover in Amsterdam, a city I have explored twice before, for a variety of reasons.

For those of you who are interested in becoming the ultimate tourist in Europe, I have several cities I can recommend. There are a few that are obviously at the top of my list, and I don’t have to get into any of those details here. But put Lisbon right there at the top of yours. And I can get into all that later, it deserves its own time zone just because of all the light I found inside of it.

But Amsterdam is truly a place for the young and wild at heart. It is bustling, especially after COVID. I mean, the place was foggy and wet and crawling with humanity even at the end of June. Cold and then hot, untamed. The place is feral. Amsterdam is a place for kids, you know, late teens and early twenties. Anyone trying to get their groove on. It’s like the 60s and 70s where everyone is trying to find their way, trying to figure things out, exploring every aspect of life.

It was a trip.

I spent three days in Amsterdam and it rocked my socks off. Even this time around. Three days… I handled three days. But it was a relief to step off of the plane in Prague with all of that behind me.

Now, as far as getting older goes, Europe is not a part of the world I would recommend to my mother. She is far more conservative than I am, and for those of you who read the last post I featured from my archives you’ll have seen that my mother, the most beautiful woman I know… I mean. Robert Redford had the hots for my mom. He wasn’t just impressed with her. My mom told me the story about sitting next to him on the plane and blah blah blah about how he was impressed with her business skills. I could see straight into that retelling of how it all went down and knew that the moment he sat down next to her he was knocked sideways by her elegance.

Coincidentally, did I ever tell y’all? Yeah, I don’t think I did.

Remember Tyrant? My former assistant? Yeah. That guy. I got him a job with Bob. Tyrant is Bob Redford’s personal assistant now. He has been working for Bob since 2015.

So, as I was saying. Amsterdam. A riot, whew. You all know that I love music and that music has been the only thing that has gotten me through life. It is blood and bone. It has pulled me and lifted me through the depths of hell. And for those of you unfamiliar with the literary nature of the world, the architecture of Amsterdam with its canals and all, well. It resembles Dante’s Inferno. A book. Boring, whatever.

But, those concentric canals resemble “the circles of hell” the middle-class hell, of course, peopled with bad dreams: “When one comes from the outside, as one gradually goes through those circles, life — and hence its crimes — becomes denser, darker.”

And you’ll never guess where I rented an AirBnB. Right in that last circle. Yep. Right there.

I had a song set on repeat during my stay. And this song, it got me through those three days. 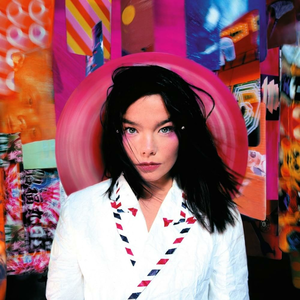