Last night I remembered all of the movies that Timothée Hal Chalamet has starred in, most of which I have never seen. I was flipping through the streaming channels and landed smack dab on Beautiful Boy where he stars opposite Steve Carell.

There are a few things to consider here.

One, I had no idea that this movie is all about addiction. I didn’t seek it out, and yet. It landed right in my lap, an almost operatic feature film about the heartache of a kid overcome by the need to medicate pain set against the backdrop of his father who refuses to understand why his son would throw away his future to a drug, a father who will not allow himself to see into the heart of a son who is enslaved to the one thing that numbs pain, pain that lasts a lifetime.

Two, Steve Carell looks exactly like someone I dated at BYU, one of five men named Matt all of whom have been symbolic relationships in my life. I mean, the resemblance is striking and almost jarring in the way his mannerisms mirror this particular Matt, one of my first true loves whose personality was such that when I butted up against him I began to find my voice. It was after dating this Matt that I left the Mormon Church, an exit that helped me make sense of my whole life. That was the first time I truly understood the depth of my independence as a woman.

Three, the opening sequence in this movie is set against a song by a band called Mogwai, a Scottish post-rock band from Glasgow. I heard the first few notes of the song, a song I have not listened to in over a decade? Maybe longer? But I instantly recognized the song and remembered its name as “Pelican 1”. Now, the significance of this song cannot be overstated.

Let’s break it down into the clearest and simplest details: I was a writer for a local music magazine toward the end of college, and the father of my children worked as its art director. It was called Grid Magazine, and my role within its structure involved interviewing several major musicians and bands and writing reviews for dozen of albums.

This was the first time I ever had any interaction with Jon, and he was impressed by my enthusiasm for music. I had heard about him through the Matt mentioned above. In fact, he was best friends with that Matt. I enjoyed Jon’s company, and that was it. Because at the time he was married to a woman named Karen. And I was equally impressed by his photography and design skills, by his finesse with computer software.

A side note here among all these other notes: Jon played keyboards in a band called Swim Herschel Swim, a ska band that dominated the music scene in Provo, Utah, home of the BYU Cougars. That band opened for No Doubt several times in Utah and in Southern California. Jon told me many times about the conversations he had with Gwen Stefani as they waited for a gig to start, conversations that took place as they lingered outside the No Doubt tour bus. At the time she longed to be married with kids, and she asked him a few times what it was like to be married, what had it added to his life. Did he like being married?

Jon went on to play keyboards in an experimental jazz band called Swim Pigs, and that music was some of the only jazz that really hit my heart, the kind of jazz that makes sense, the kind that resonated with the harmony of the kind of music that I love. That was my first introduction to jazz, and I loved their modern interpretation of it.

Back to the things you need to consider.

Four, the first album I ever reviewed for Grid Magazine was Ten Rapid by Mogwai, and my favorite song on that album has always been “Helicon 1”. I didn’t remember the name of this song correctly last night when I heard it, but I knew the song within the first three notes of the bass line. Yes, that bass line. One of so many bass lines in the songs that I love, bass lines that crush me and press themselves up next to my shoulders to let me know that all is right in my world.

Five, and this here is the most important thing to understand:

Marlo embodies Timothée Hal Chalamet in every conceivable way. His nonchalant hair, the way it hangs in his face as if he doesn’t give a fuck. His fervor for life, his originality, how he is wondrously playful while always being the one in the room who has a slight advantage over everyone else, an actor who just wants to be a great actor and couldn’t care less about the accompanying fame. The man is earnest in the most authentic way. He delights in being alive.

Marlo’s originality, their contribution to the people around them is their genuine fervor for finding gold in every corner of the day to day. When I watch Timothée Chalamet on screen I see Marlo.

And now, obviously, the music portion of the program.

This post has so many notes that it’s hard to keep track of them all.

Six, I loved this album so much that when I took my first job as a web designer I named my hard drive “Mogwai” and my boss who taught me the basics of Photoshop — back when Photoshop didn’t even have layers — he had named his hard drive “Mothra”. The dude was a super fan of Japanese anime.

That song shot through my head like a pinball machine to two other songs and bands that have more recently held significance in my ongoing journey through music. This next song is by Bloc Party, a band that originated in London. They were introduced to me by my favorite cousin GEORGE! Some of you may remember the time GEORGE! lived in my basement and how I always capitalized his name and followed it up with an exclamation mark. Because there is no other way to honor who he is in a grammatical way. He is an all caps exclamation.

I should mention here that, oh. Oh, man. The recent drama in my house over a bass guitar. Nothing you would ever believe.

The next musical selection is from a band I have seen live twice here in Salt Lake City. There is a tenderness to their sound that has always pulled me toward them.

And finally, a song that I will just lay down here at the end. An important person here in my home was friends with Ryan Gary Raddon, better known by his stage name Kaskade. This song was my most played song in 2014, the final year of my relationship with the last of the five Matts I dated. 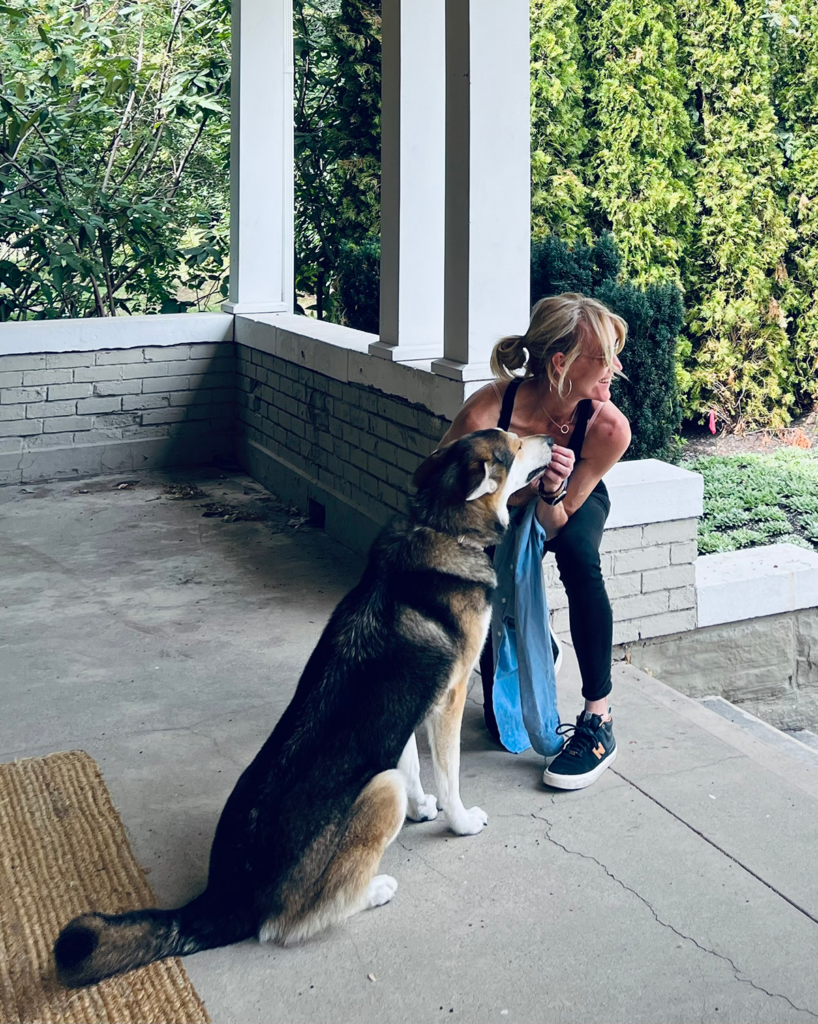