Tomorrow marks the 13th anniversary of the death of my maternal grandmother Geneva Katherine Smith, the matriarch of a family of 10 children. My mother Linda was the third child from her first marriage to a man named Leland Madison, and my mother’s younger sister Leta was the fifth child from that same marriage. Geneva had six kids with Leland before he abandoned her and those kids. She would quickly go on to marry a man she met while serving as a waitress in a diner in Bowling Green, Kentucky. His name was Lawrence Boone and he fathered four of my aunts and uncles.

I am writing about this today because Granny Boone’s funeral was the first funeral my children ever attended. In fact, I wrote briefly about her death when it happened in 2009 and published with it the last photo of her while she was still alive. She was holding an infant Marlo in her arms.

My mother’s younger sister Leta died when she was five months old. The family was living on the gulf coast of Florida at the time, and my mother remembers running back from the beach with white sand in her shoes to find her older brother Lewis crying next to Leta’s crib. It was a tragedy that Geneva somehow overcame, but it understandably muddied the rest of her life. I don’t know how someone overcomes that kind of loss, but my Granny Boone was not just a someone.

When I moved to Utah in 1993 to attend BYU I had no idea that the university sat less than a couple of miles from Geneva Steel, a mill located in Vineyard, Utah. The mill was constructed with federal funds during World War II to double down on the nation’s steel output, and Utah was the perfect location because iron ore, coal, and limestone are all located in nearby areas of Utah County. Geneva Steel was the largest steel mill west of the Mississippi River and produced 60 percent of the steel used in the Western United States.

But enough of that history lesson, blah blah blah. What’s most important? The steel mill was used in a dance scene in the 1984 film Footloose. That whole movie was filmed in Utah. You do not want to play a game of Six Degrees of Kevin Bacon with me.

The LDS faith is known for its work with genealogy, and there is a library in downtown Salt Lake City where anyone can spend an hour or two with an expert on staff to find out their lineage for generations leading as far back as the men and women who founded this country and much farther beyond — we’re talking aunts, uncles, cousins, stepfathers, all of it. And early on we discovered that Lawrence Boone’s second great uncle was Daniel Boone. Yes, that Daniel Boone. To commemorate this heritage, my grandmother named the first child from that marriage Danny, a rock solid businessman who could christen a story with details so insane that every family member wanted him around for the good time he always provided. He could also clear the room with one fart.

The entire Madison/Boone clan would meet up every fall for a family reunion in Decker County, Kentucky, and I have a distinct memory of one of my favorite cousins being shoved inside a giant tractor wheel. I remember a tiny Tim Boone barreling down a giant hill in that wheel, his arms and legs flailing about when he suddenly burst out of it like a starfish right before that tire landed in a pond with a thud.

And lest you think that my family lacks the requisite card-carrying credentials of redneck royalty, my sister September went to her senior prom with our cousin William Boone. He had served his Mormon mission in the highlands of Scotland, and he wore a kilt that night next to my sister who wore what can only be described as a cupcake wedding dress, meringue foam dolloping her shoulders in layers of voile.

This anniversary of Geneva’s death has made me both wistful and proud of what I have overcome during sobriety. Next week I celebrate 18 months free of alcohol, and earlier this summer when I visited Amsterdam I ran into a Dutch gin that I fell in love with when I first visited in 2006 with Jon.

It’s called Jenever and is pronounced exactly like Geneva. 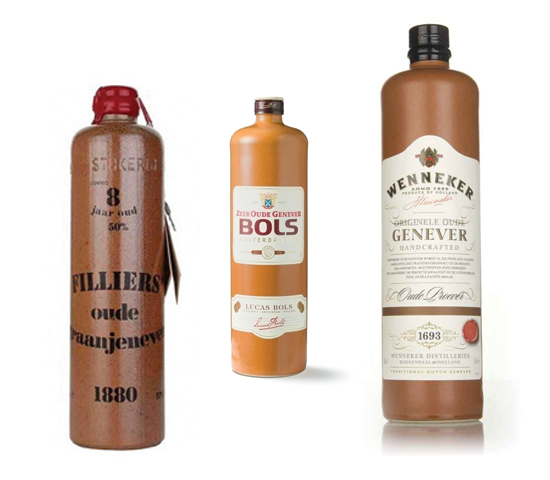 I brought back a couple of clay bottles from that trip and sipped them until they were gone over the course of about a year. I reminisce about that time in life quite a bit because my postpartum depression was behind me and my career was the hope that lay ahead. Jon had been best friends with a group of men in college who were all musicians and artists, one of them a guy named Clay Callaway who grew up with me in Memphis, Tennessee. Clay and his brothers were all a part of my friend group, and Clay’s father was the presiding bishop in our ward when my mother was excommunicated from the Mormon Church.

There’s a funny story about Clay that my kids know by heart now, a story involving his oldest kid Emma and her obsession with an animated film called Spirit: Stallion of the Cimarron. Jon and I were visiting Clay, his wife Britt, and their two children in Memphis during the week of my 10-year high school reunion. Emma was watching this video on a portable DVD player in her room when she suddenly came running into the living room, gleefully shouting, “RAIN CAME BACK! RAIN CAME BACK!”

Jon and I looked a little puzzled, and Britt met our confusion with wild laughter.

“She has seen this movie probably a hundred times and always acts surprised when that horse returns home.”

I cannot count the number of times I have said out loud in the driest and most matter-of-fact way, “Rain came back.”

Whether it be in response to the return of a missing toy, the appearance of a friend or family member whom we have not seen in months, or when either of my children suddenly realizes, “Hmm. Upon further inspection, this meal before me appears to be nothing more than peanut butter on white bread. Why was I throwing such a fit about this food that my mother has lovingly prepared for me? I will most definitely eat this and stop pulling my hair out of my head.”

A side note: the presiding bishop in the ward when my mother was reapplying for membership in the church was a man named Donald Brady. I grew up with all eight of this kids including two of his boys who were closest in age to me, Lance and Troy. I was Troy’s senior prom date at his high school on the outskirts of downtown Memphis. It was called White Station, and it was a group date with my best friend Windy Mayes who attended the same high school. Her date was her boyfriend named Brian Scott. We were all Mormon.

Why all these tiny side details? My community in high school was my church, and these kids were the best friends I ever had. I miss them all dearly.

Granny Boone lived on a corner lot in Bowling Green bordered on two sides by a chainlink fence not even three-feet tall. Her yard always seemed like it was the the size of a football field, and my cousins and I played both soccer and baseball on that lawn during the summers we spent with family in Kentucky and in neighboring Tennessee. All of my memories are of her standing at the stove in her kitchen cooking the bulk of every Thanksgiving meal. There was nothing she could not make from scratch, no pie she could not bake, no recipe she could not master, and her home smelled exactly like a leisurely pot roast that has been cooking all afternoon with onions and carrots and a hefty dose of fat back to greet a family when they return from a Sunday afternoon at church. She rarely ate with us, always making sure that everyone in her care was fed before she was. She hated being the center of attention, a trait that none of her children shared with her.

She and Lawrence built a workshop for her one-woman business on the side of the property. She was a furniture upholsterer, and she worked so tirelessly that her hands were mangled in her old age with arthritis.

My most favorite childhood memory is hunting for staples in that workshop with my cousins. She built a makeshift metal detector comprised of two large magnets affixed to the bottom of a cane, and we would all take turns running around that workshop collecting as many staples as we could.

My sister christened one of her children Meredith Katherine who was a second daughter born, just like me and my mother.

To honor my grandmother I’d like to share two songs. The first one is by a band I saw in London two nights in a row in February 2020, a band whose influence in my life leading up to my decision to get sober cannot be overstated. 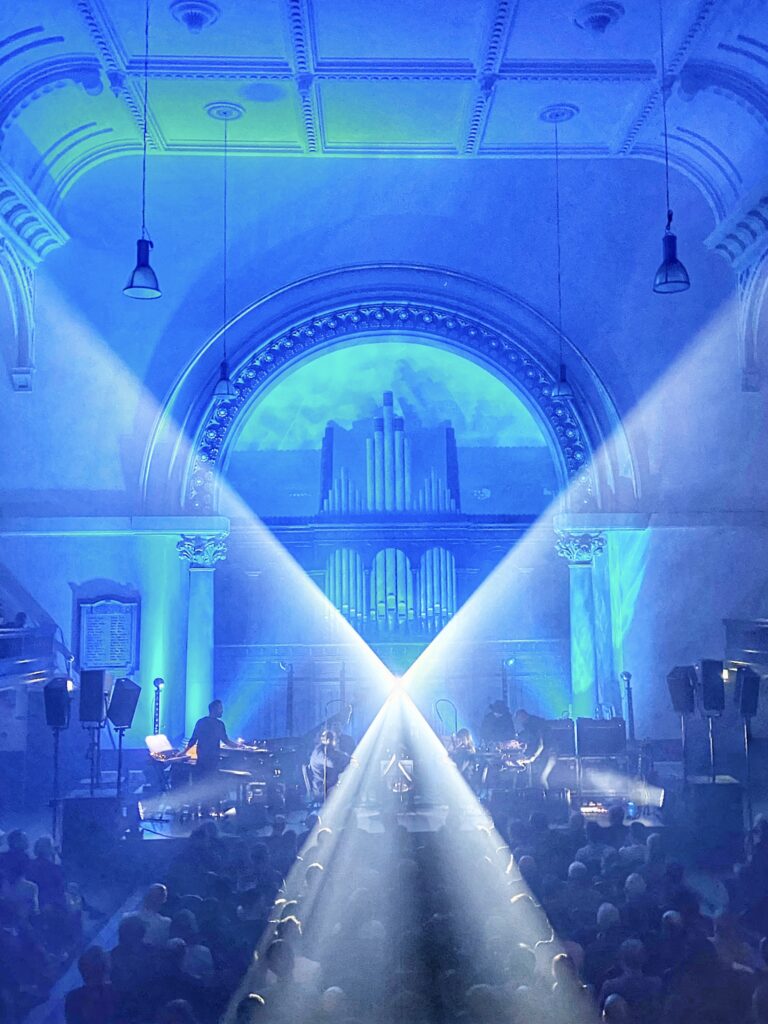 It was after that second show in London that I caught COVID on a train platform right outside of Hackney.

A Winged Victory for the Sullen – “We Played Some Open Chords”

This song is from their first self-titled album. 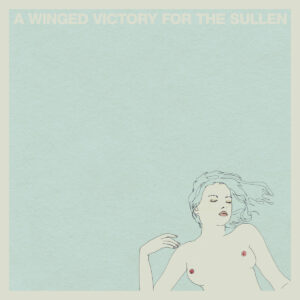 The second song is by André Allen Anjos better known by his stage name RAC. I discovered him through my Spotify algorithm in 2017 just before I discovered Paris for the first time.