FROM THE ARCHIVES | ORIGINALLY PUBLISHED ON MARCH 8, 2022

Three days ago I flew into St. Louis, Missouri, and after getting settled into my rental car began playing a game of Let’s See How Many Things I Can Inventory in the Next 90 Minutes and How Detailed I Can Be About the Description of These Things Without The Use of A Writing Utensil. I suppose many people would map out their destination and just get on with life like you’re probably hoping I would get on with this paragraph. Instead, I used 32 words to say “a game of I Spy” and then further twisted everyone’s panties by tossing in “Writing Utensil” like a junior in high school who really wants her AP English teacher to get to that specific part of the paper, thrust her arms in the air and shout, “Finally! I knew the second coming of Jesus Christ would show up in my classroom, and here she is!”

But I am not many people. Or, I guess I should say that I am studying to be the person I want to be, the person who is better than the person I was. Like many people I would have barely noticed the color of the car, the size of the cup holders and whether or not the 20-oz Coke Zero I stopped to buy at a Phillips 66 less than a mile from the airport would fit into one of the eight that I counted before I parked away from the gas pumps, careful not to block anyone who needed to fuel up. Eight cupholders, four in the middle console. I had not even stopped to count how many were in the backseat. This is the car for the thirsty individual transporting various thirsty passengers who need the ability to arrive at any destination thoroughly hydrated.

Only half an inch of the Coke Zero fit into a cupholder in the middle console, and in order to get the bottle to remain in place I lodged the end of a stick of beef jerky into the sliver of daylight around it. But not before taking a huge bite of that stick and stopping the movement of my jaw the instant I thought, “Sinewy is too kind a word.”

There I sat gagging, a toddler with enough days on earth to know better than to open my mouth and let the half-chewed aberration fall with a plop on my lap but not enough days to stop the gag from turning the upper half of my body into a bag containing six snakes actively imitating human carnal relations. A toddler looking around for their mother’s hands held out at just the right moment to form a catcher’s mitt.

I remembered shoving two packages of travel-sized tissues into my purse as I left the house that morning and was able to wrestle one free of its sleeve before gag drool fell from my chin — have you missed me? — and as I cleaned myself up I let my gaze fall on the red label circling the middle of my drink.

Over the next 90 minutes I noticed an encyclopedia of things I would have never noticed before, things like 18 different grain silos I counted in a one-mile stretch of freeway, the Pink Elephant Mall in Livingston, IL, which hosts a green Futuro House almost identical to the orange model I visited at a Paris flea market this past July, and a yellow motorcycle with a yellow sidecar towing a yellow trunk on wheels. I could write more about these things, more about how I noted them individually in my head so that I would remember them later, more about the 10 minutes of my life I lost plotting revenge against the person whose idea it was to program a sign over the freeway to say, “DON’T BE A STINKER. USE YOUR BLINKER.” This phrase now owns an apartment in my brain and I won’t ever be able to use a turn signal without muttering through gritted teeth, “YOU MADE YOUR POINT, ILLINOIS.” 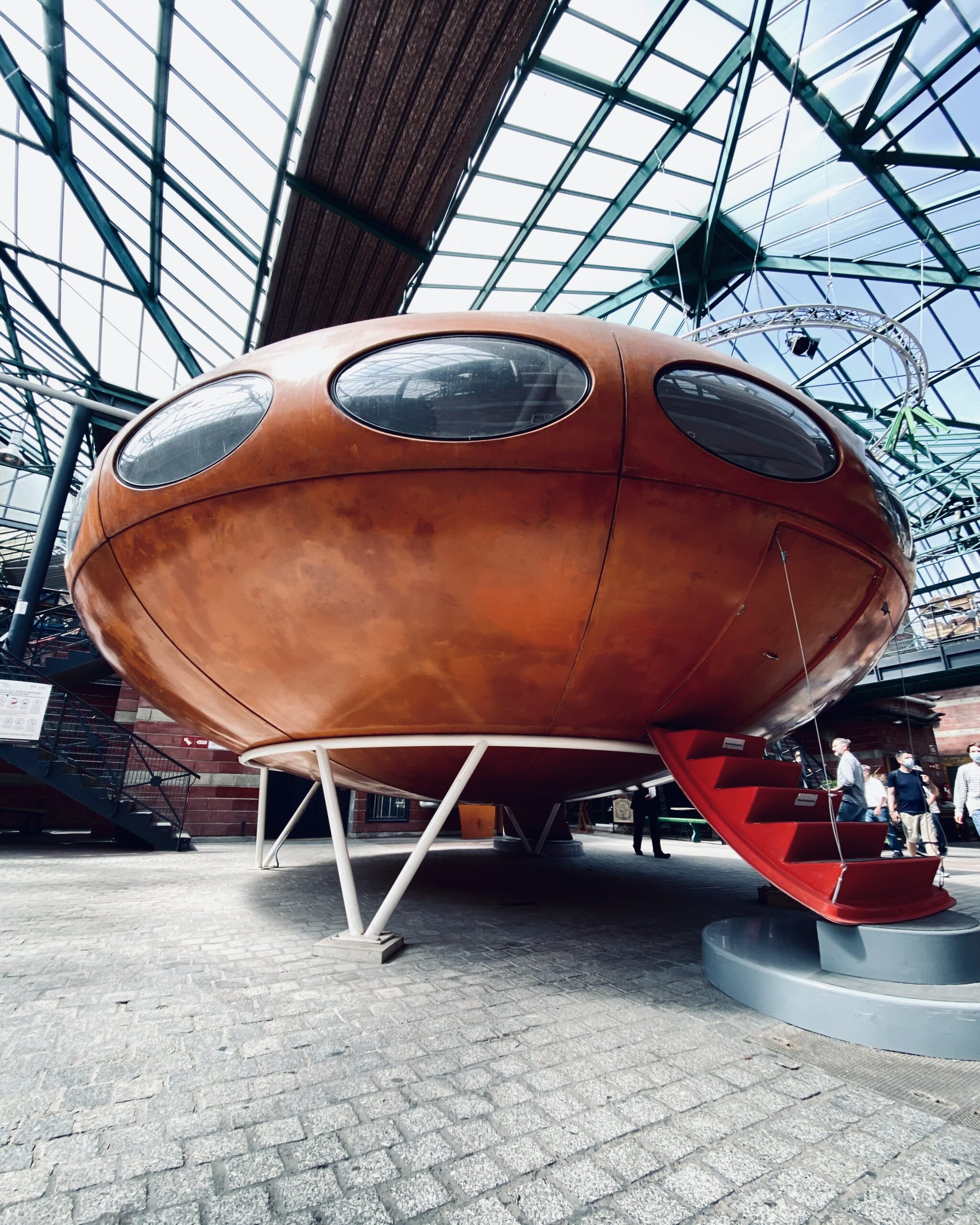 But I’m not going to write more about these things today, right now, right here. Because in this moment like the moment my gaze fell on the drink that barely fit into a cupholder on the passenger side of the middle console I am overcome with gratitude for the man with whom I share my life, someone who knew to order me a “coca-zed-oh” wherever we ate in Paris, someone who understood that the bite and bitterness of the drink routinely calmed the habit I had yet to break of reaching for something with my right hand.

I always thought he was making fun of the way I pronounced it in French. I adamantly denied to myself and to his face that he understood why I needed the burn in the back of my throat. How many times I wanted to believe he had thrown me to the wolves and didn’t care if I crawled back alive. I was broken and told myself he was mercilessly careless with the jagged pieces of my heart.

It is astounding how fiercely we fight to maintain and protect our own misery. Letting go of our stories — letting go of our suffering — would mean that all the hard work we have put into constructing this part of ourselves would have been for nothing. Our pain is as much a part of our identity as our names. And all of it is made up.

When I let go of these elaborate stories I saw the truth. I saw that my life is better than any life I could have imagined for myself and that I would not trade places with anyone anywhere in the history of the world. I saw that this man is more perfect than any partner I could have hoped for, that he is the only man who has ever inspired me to get better and stronger and wiser every day that I am alive. He is the only person in my life who has never reduced me to either of the following:

Heather Who Hasn’t Relapsed Yet

Heather Who Isn’t Ever Going to Relapse, Obviously, So When Is She Going to Get a Job

The only one. This man loves Heather for Heather (even when she writes about herself in the third person) and wants nothing more in this world than for Heather to be happy.

This kind of gratitude is not your average Thanksgiving-style hurry-up-because-everyone-is-hungry gratitude. This is not about taking an inventory at the end of the day to note the truly exquisite ways in which we are all so damn blessed to be living the lives we’re living. You see, I am the luckiest person in the world. It is unequivocal. This man literally saved my life more than once. More than twice. I would not be alive to write these words were it not for him, and it is about time I say it out loud.