In 1997 while I was working for Grid Magazine, a publication art directed by my ex-husband, I was leisurely handed what would now be considered the biggest writing assignment a music critic could hope for in their lifetime. The magazine’s editor Sam Cannon was Jon’s best friend and remains so to this day, and his taste in music made my eclectic preferences look as bland as Vegemite spread on a single slice of Melba toast.

I was finishing up my last semester in college, and one afternoon while combing through the team’s writing assignments Sam tossed a thick mailing envelope into my lap. It was a presser from Capitol Records that obviously didn’t contain the usual CD from a record label for review.

“I hate that label,” he said. “You can review whatever’s inside, just don’t bore me with it.”

Just don’t bore him with it. Ahem.

Sam was the kind of pretentious aficionado who might force you to listen to an entire vinyl record of one instrument playing one note and then lecture you relentlessly for not being able to hear the nuance that didn’t exist.

The irony here is almost too spectacular to enumerate. Because inside that envelope was a handheld stereo cassette player containing the presser for Radiohead’s OK Computer. It was glued shut and contained its own set of headphones, and when I opened it I realized I was holding in my hands the most unique release of an album by what I already considered to be the best band working in music. 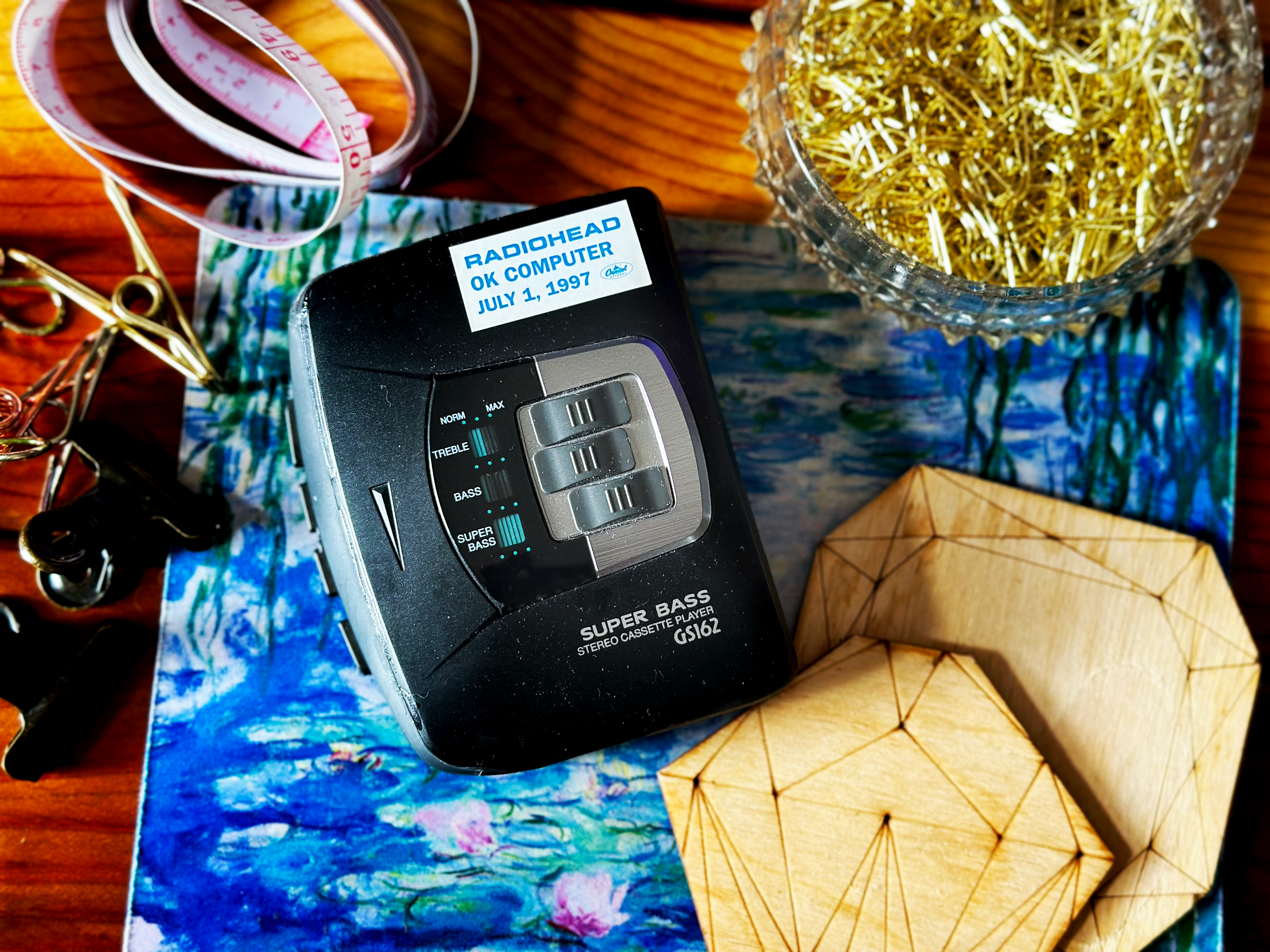 And let’s get this out of the way right here and now: Radiohead is the best band of all time. Period. End and done. There need be no more discussion about this topic because we can now all agree and get some sleep.

I was the first person in Utah to listen to OK Computer, and I took a rough-edged knife and pried open that cassette player so that I could listen to it on the stereo in my 1984 gray Honda Accord. I listened to that album nonstop for over three months and nearly burned a hole in the tape. Later that summer I had the privilege of interviewing the band’s bassist Colin Greenwood for a spread about the album. I will never forget his parting line to me when I asked him how he felt about his own creative input to this groundbreaking work:

“I guess you could say I’m a happy bunny.”

I have always maintained that the magic of Radiohead is a brew of Thom Yorke’s lyrical, prophetic genius and guitarist Jonny Greenwood’s technical curiosity. They are the blood of the band, and the other three members are the bones.

“Prophet, seer, and revelator” is an ecclesiastical title used in Mormon mythology that applies to the leading men in the church who receive ongoing revelations from “God the Father.” I have often referred to Thom Yorke as the supreme prophet among the many seers and revelators in modern music, and 25 years ago within Ok Computer he prophesied the exact state of humanity in 2022.

That album is only one of their four masterpieces and shows the magnitude with which the man could see into the dissolution of society and human relationships. A few notes about Thom:

He was born with a paralysed left eye, and underwent five eye operations by the age of six. According to Yorke, the last surgery was “botched”, giving him a drooping eyelid. He decided against further surgery: “I decided I liked the fact that it wasn’t the same, and I’ve liked it ever since. And when people say stuff I kind of thought it was a badge of pride, and still do.

The family moved frequently. Shortly after Yorke’s birth, his father, a nuclear physicist and later a chemical equipment salesman, was hired by a firm in Scotland; the family lived in Lundin Links until Yorke was seven.

I feature this note specifically because my father Michael Albert Hamilton lost his left eye when he was four years old. A few of the kids in his neighborhood who had been bullying him threw a piece of glass at his head, and it caught his face at the precisely wrong angle. This was in 1945 when his family was living in the projects of Louisville, KY, and his mother Daisy used all of her own savings in order to get him a glass eye.

My father has always been private about this injury and hid it from me until I was in my early teens. As a kid he would always give me “butterfly kisses” by gently fluttering his right eyelashes against my right eye and cheek, an almost discreet hint at the pain he had suffered. A few years ago he had to have reconstructive surgery on the muscles in his left eye socket and walked around in a patch for over a year making pirate jokes to all the grandkids.

The parallel here is that my father was the parent in my home who listened to music, and we often held impromptu dance parties around a gigantic console/record player at the center of our living room. My sister and I did not inherit his lack of rhythm, although he was the one who helped me find the alto in my own singing voice.

On May 8, 2016, Radiohead released an album entitled A Moon Shaped Pool. I was speaking at a conference in Berlin at the time and will never forget where I was or what I felt when I first heard the following song:

I don’t consider A Moon Shaped Pool to be one of Radiohead’s masterpieces, but this song and its video constitute scientific proof of the fact that Thom Yorke has always held what I like to call the Keys to the Kingdom. There is no other artist dead or alive who has ever been able to mine their own agony for the sake of truth and beauty in the way that he does.

“Radiohead: The Secrets Of Daydreaming”

Radiohead released its most daring album in 2000, an unlikely masterpiece called Kid A with an opening track called “Everything In Its Right Place.” I have often used this phrase in both times of trouble and in times of peace while invoking the notes and the lyrics in my head. You could say that this is my own interpretation of what I have always wanted to hear when things have gone haywire.

“Everything In Its Right Place”