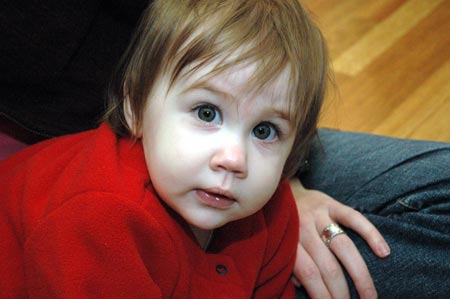 Beth also took this shot of Leta whom she refers to as her Little Lady primarily because Leta thinks she’s the coolest thing since sliced bread, and people, Leta loves sliced bread. With butter.