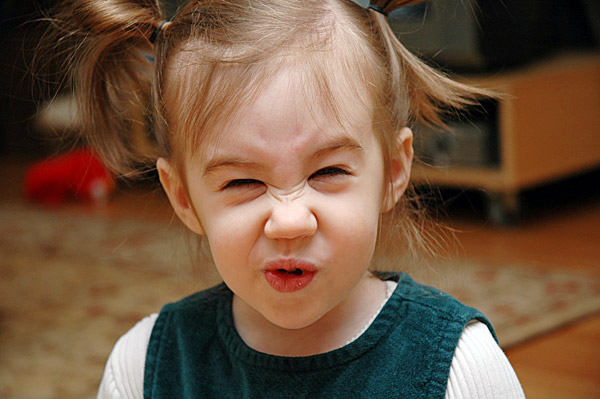 Happy birthday number two! To celebrate we gave you an enema! I can’t think of a more appropriate way to celebrate a birthday in the Armstrong Family except for maybe a colonoscopy. We thought we had cured your constipation a few months ago when we reduced the amount of milk in your diet, but then all of a sudden you decided you no longer liked to go poop, and that is your right as an American. Now you hold it in until it has to be removed by surgical instruments. Yesterday before we performed the operation I was trying to lighten the mood and I said, “Leta! We’re going to give you an enema!” as if we were going to squirt rainbows and butterflies up your butt. You processed the information I had given you and then as usual tried to repeat it back to me. “Ene-Mama!” you shrieked. Yes. Ene-Mama. And your father? He is a glycerin supposi-Daddy. In the last month you have perfected the skill of walking and it has changed our lives completely, and not just because you can flee the scene of a crime now. Walking has triggered the Avon World Sales Leader DNA in your genes and you no longer consider the television worthy of your precious, limited time. Who needs Elmo when you’ve got legs? What we would give to have you sit still for more than a minute at a time now, and don’t think we haven’t tried to encourage in you an unhealthy obsession with various cartoons, any cartoon, please just stop running to the bathroom and yanking toilet paper off the roll. We leave the television on at all times hoping that something will grab your attention, and when you show the smallest bit of interest in something it’s a mad dash to the TiVo remote to press record and save as many copies as possible. Once we have you emotionally involved with the characters in an animated movie we’ll move on to the next chapter in our book of quality child-rearing: Convincing Your Thirteen-Year-Old That It’s a Good Idea to Start Smoking. Recently you’ve been experiencing another phase of separation anxiety, and I am rarely able to leave the room without a Shakespearean tragedy unfolding at my feet. While this can be somewhat crippling — I can’t put on a pair of pants without first detaching your body from my leg — it is also something I’m trying to enjoy for what it is. You imitate every move I make, every cough and sneeze. You study my daily routine and I have seen you pretend to squirt hair product into your hands, rub them together and then smooth it across the top of your head. You’re always asking to wear my bracelets, and when I drape them over your wrist you jingle them softly and then prance around the house as if you have just been crowned Ruler of the World. As I watch you watching me I realize that right now you think that I am the shit, and all I have to say to that is DON’T YOU EVER FORGET IT. Sometimes your constant mimicry of us is a little maddening. If you are acting grumpy and we ask you what is wrong you answer, “Wrong.” If I point to your father and ask, “Who is that?” you answer, “That.” If we want you to say please before we give you something I’ll ask you, “What do you say?” and you’ll answer, “Say.” This is more funny that it is frustrating, I have to admit, and it has brought some of our own habits into stark relief. A few weeks ago I was getting dressed for the day and I walked into the bedroom wearing nothing but my underwear. You and your father were sitting on the bed reading books, and when you saw me walk through the door you assessed what I was wearing and then let out a guttural imitation of a construction worker: “HeeeeeEEEEEEEEYYYYYY! YeaaaaaaHHHHHHH!” Your father laughed and then admitted, “I couldn’t have said it better myself.” Earlier this week I had to catch a plane to California, and even though I checked in over 45 minutes before departure they told me they didn’t have a seat for me. They had overbooked the plane and to compensate they volunteered me to stick around the airport for another six hours to catch a later flight. I was livid particularly because the whole trip was going to span less than 24 hours and I would have to spend the first six of those waiting for another plane. I immediately walked over to the customer service desk and asked for a refund on the ticket, and because I had already had a monumentally bad day I bit my upper lip to muffle an almost unnoticeable string of tears. I was upset that the situation seemed so unfair, upset that I was standing there alone under the weight of that injustice and no one else had an obligation to care.

I think the man who took my complaint saw that my lower lip was trembling because he told me to wait one second as he disappeared down the corridor. A few moments later he returned to tell me that they had found a seat for me and that I needed to hurry, they were holding the plane. I took off flying, my suitcase turning flips behind me, and as I ran down the indoor tarmac someone suddenly called out my name. I stopped suddenly to scan the faces in the crowd only to see my mother standing twenty feet in front of me, my beautiful, perfect mother. It seems ridiculous now, but in that moment it seemed as if she had appeared out of thin air, that she had dropped out of heaven. When I saw the features in her face, the way her cheekbones meet her thin nose in symmetrical angles, her milky complexion peeking out of the black of her business suit, I realized that everything was going to be okay. That was one of the most spiritual moments of my life. I wanted to tell you that story because that is my hope for you, that no matter how far away you go or how different we may become — I know it’s going to happen, it’s only a matter of time — that when you see my face you will find strength. Look for me.