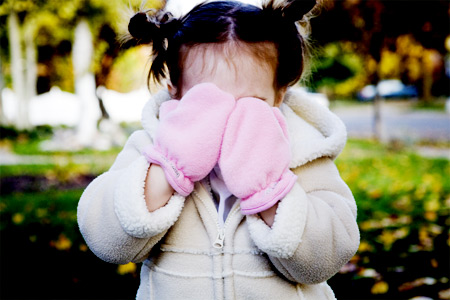 A few days ago you turned thirty-three months old. I’ll go ahead and jump to the part where I talk bout your eating habits as at least one paragraph per month must be used to document your personal scientific experiment, the one where you prove for the first time in human history that food is not required to sustain life. Last week you broke a record and refused to eat anything for over 50 hours. That is not a typo. Fifty, as in five-zero, as in the exact number of years you have shaved off my life. I’m not sure Gandhi had enough willpower to last 50 hours, little disciplined faster that he was. By the end of your hunger strike you were so ravenous that you sat in your chair at the table and ate almost 200 French fries, I’m not even kidding. You didn’t move an inch from that plate for over an hour and a half, and when you were finally full you closed your eyes and let your head fall against the back of the chair with a thud like someone who has just worked an 80-hour week at being Professionally Stubborn.

We’ve discovered that you want everything to seem as if you were the one who thought of it first, and many times when we suggest an item of food or a particular activity you will refuse it only to suggest the same thing about 15 seconds later. When asked if you’d like chicken for dinner your usual response is a NO! so powerful that it could be loaded into a gun and used to knock a bird out of a tree. But moments later you’ll suggest that we fix you chicken for dinner with an almost sinister enthusiasm, like, this idea of mine? The chicken for dinner? I bet you didn’t think you’d ever give birth to such a fascinating thinker, did you? CHICKEN! FOR DINNER! I mean, how innovative is that? I should apply for a patent!

One thing we’ve noticed is how polite and courteous you’ve become, and you’re always saying thank you and please and excuse me at the appropriate times without being prompted to do so. I have had to hammer on some of these concepts over and over, often making you repeat a thank you because it doesn’t count if it’s mumbled, but generally you’re a really cordial kid who will be the first one in the room to say bless you when someone sneezes. More than once you’ve even tried to make me feel better about my frequent numbskullery, tried to comfort me in a tender way when I’ve spilled a glass of orange juice or run into the door jamb with my forehead. “It’s okay, Mama,” you say as you run to pat reassuringly on my hand. “Not a problem. It could happen to anyone.” Which I think is your way of trying to make me feel better about the fact that I am one of those people whose brain goes 98% unused.

In addition to your sympathetic nature you’re also very gentle and play very differently than most of your peers. You could sit for hours on the floor in your room putting together puzzles and reading books, whereas most of your friends are much more physical and prefer to hop around and run from room to room. Yesterday you even got mad at someone because she wouldn’t sit still on the floor with you, because she wanted to explore the various nooks of our bathroom, and at one point your frustration was so overwhelming that I totally thought you were going to roll your eyes and tell her that she was being so immature. I had to calm you down and explain that she just wanted to do something else right now, but you were having none of that. Because, um, I don’t know if you noticed or not but THERE ARE PUZZLES ON THE FLOOR WAITING TO BE PUT TOGETHER. THERE IS NOTHING ELSE RIGHT NOW.

There was also that time you were playing with a young baby boy in the neighborhood who is considerably younger than you and not yet into doing puzzles. You were fascinated with all of the toys in his playroom, but he was much more captivated by you and your hair. While you arranged small figurines around a giant red firetruck, he crawled over to you and climbed up on your back until his left hand was clutching a giant chunk of your hair, his right hand was hanging on your ear, and his mouth was chewing on the back of your shirt. And you sat there and let him do it, presumably because there had to be a good reason for this type of behavior, right? You had no idea babies were so uncivilized, but whatever. Instead of swatting him off or screaming you sat there and let him maul you, and I think you did this because you thought it was the right thing to do, because he was smaller than you and you knew that he didn’t know any better. That’s a pretty advanced concept for someone your age, and I think you should hold on to that instinct to try and live peacefully with others because in college it will be replaced with a frequent, overwhelming urge to key someone’s car.

Last week you spent a day and a night with my mother because she wanted to give your father and me some time to get some work done and then go out and have an adult dinner together. The following morning when she brought you home you were so hysterical that on my way to the front door I could hear you crying from the backseat of her car. You did not want your time with her to end, and she sat for over a half hour on our couch with you clinging to her neck, begging her to take you back to her house. Because here at home we regularly beat you and never let you watch Sesame Street seven times in a row. Or let you eat Reese’s Peanut Butter Cups for breakfast. This has happened to every grandchild in this family, and my sister’s kids used to cry for Grandmommy in the middle of the night. My mother finds all of this wildly hilarious, and so I told her that the first time you scream for her in the middle of the night that I’m going to call her right then and tell her to come pick you up. Will it still be funny at 4am? I can’t wait to find out.

But I have to admit that I couldn’t be happier that you have this relationship with her. I had always hoped it would be this way, and witnessing your dizzying excitement to see her or to see my father is exactly why we moved back to Utah. I don’t have memories of my grandparents like the ones you will have of yours, and not just because one of yours happens to be the Avon World Sales Leader and has a magic closet full of fragrant lotions. You have spent more time with your grandparents already than I ever got to spend with mine, and the way that they adore you and delight in you after the all crap they have endured at my hands, because of my decisions and raging idiocy, it’s just one of the many reasons you have the best grandparents that life could offer. Watching you turn to my dad, reach up for his hand and say, “Papaw, come with me,” and then seeing how much that touches him, I can say that in moments like those I think he forgives me for everything, or at least he’s willing to forget about it for a little while.