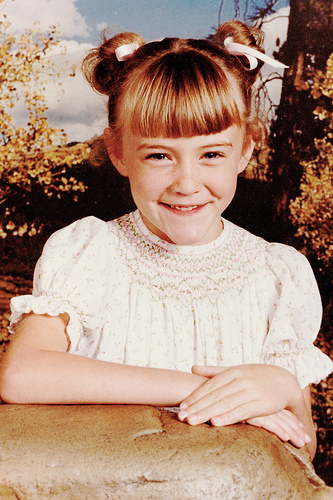 Today is my 32nd birthday. My parents always like to remind me that I was born four weeks late, and that the extra month my mother carried me is the reason behind every health problem she’s ever had. Which is completely misguided because, hello, I was not the one who decided 10 months previously that a third child would be a good idea. Not that I’m complaining about this mortal body that they gave me, except maybe I would have ordered a larger set of boobs and some French fries.

I’m going to try to take it easy today, although this morning was one of those mornings when Leta decided that my life is not yet full enough of discord. And she fought everything. Wouldn’t get dressed willingly, didn’t want to brush her teeth, refused to let me brush her hair. And then she faked an injury, an invisible boo-boo on her index finger, so that she wouldn’t have to go to school. Right. In that case, I’m going to call in sick to being a mother BECAUSE OF A HANGNAIL.

Normally I would have subtly informed her to suck it, I’m smarter than that, but today is my birthday and I was feeling sprightly. So I suggested we fix her boo-boo with a Dora band-aid, and that suggestion alone turned the entire morning around. Small victory, yes, but when she perked up and called it “a beautiful band-aid” and then ran to put on her shoes, I couldn’t help but feel like I had just bent steel with my mind.

My father is bringing sandwiches over right now, and then we’re all going to hop in the pool for a few hours if we can convince Leta that the water is not going to eat her flesh. Later this afternoon Jon and I are going shopping maybe, then sushi, then a show, then maybe to Bermuda, because we will have a babysitter for the first time in, I don’t know, ever? And the possibilities are making me drunk. I think the one thing I’m most looking forward to is the possibility of eating a dessert without having to spoon the majority of it into someone else’s mouth.