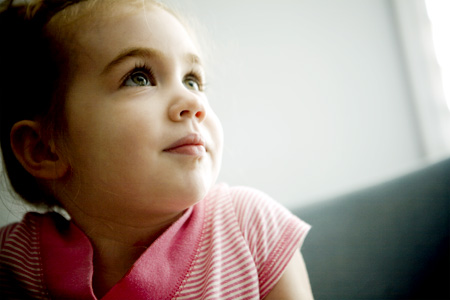 Today you turn forty-two months old. Something happened this month, some switch was flipped, and your personality now resembles more a three-year-old and less a toothless, arthritic geriatric. Suddenly we are parents of a kid who will not sit still, and this is uncomfortably new for us. You have always been a pretty low-energy child (see: those two years when you refused to use your legs for walking), and so our experience as parents has been markedly different than what most normal parents go through. Only recently have we really had to keep tabs on your whereabouts, and one of us will look up and suddenly notice you’re not in the room, and the sensation is as startling as realizing you’ve left the oven on. For a week.

Many parents have kids who start exploring like this within their first year, and so they spend years of their lives chasing after their children and searching for the ones who have suddenly disappeared. Like my sister, your aunt, whose twin boys both started walking at ten months, and since that day almost six years ago she hasn’t once slept with both eyes closed. You have never been this type of kid. You were never one to explore electrical outlets or teeter over the edge of a staircase. You’ve never climbed on top of a wobbly piece of furniture or tried to jump off a dresser. In fact, you still think that it’s physically impossible to get out of your bed unless we come to get you. This is so drastically different than the way most kids behave that the only way I can adequately illustrate the difference is this: most kids are tornadoes. You? You are the wind generated from a hiccup.

On a recent trip to a clothing store, I was picking up some new shirts with a gift certificate my mom had given me for my birthday, and I wrongly assumed that your father was keeping an eye on you. Because suddenly I’m standing there trying to find an XL white t-shirt when I see this squee-ing, maniacal blur dash past, and it’s got that familiar, unstable gait of an Armstrong. And I keep expecting your father to follow right behind, but he never does, so I go see if I was just imagining things only to find that you are two steps from the front door of the store and are about to shoplift a pink bikini.

This is just not something that happens. You’re never more than a step away from us in public, and that’s only when you’re not clinging to one of our legs or clutching monkey-like to my neck. You have magically broken free of some invisible wall that has been keeping you from exploring the world. And while this development is thrilling to watch, it’s been a bit of an adjustment. Because one morning we woke up and there was a kid living in our house! Which is no less jarring than waking up to discover that your Chia Pet has eaten your couch.

I’m certain that preschool has a lot to do with these changes, although I think I can safely blame preschool for a lot of things. Like your sudden interest in SpongeBob SquarePants? And Ariel? This morning during breakfast you suddenly set down your spoon and asked for a pop, a white pop, a white pop right now, please. And I had no idea what you were talking about, tried to clarify exactly what you were asking for, a popsicle? A can of soda? A single kernel of popcorn? And you continued to shake your head at every suggestion, so I asked you where this white pop is stored and you said, “I do not know this.” Like, you’re the mom, I thought you would know these types of things.

And I never did figure out what a white pop was, maybe something they talk about at school? Although from the panicked screaming you were doing I’m sure it must be something important, something vital to the act of breathing because you would never get so upset about anything insignificant. Like, the fact that ice melts. That tiny scientific process doesn’t send you into paroxysms of rage similar to what you see when a cheetah uses its jaw to tear the hip off a gazelle.

I also think that you’re holding yourself together pretty well in school, and then when we come to pick you up and you see the two of us, it’s all you can do to make it to the door without losing your mind. Your teacher says you’re terrific in class, never a complaint, but when we get into the car you’re all, do you know how hard it is to be this terrific? The rides home from school are never much fun because you’re so incredibly grumpy from having kept it together for four hours. And you make this horrible wheezing noise the entire ride, like your insides hurt from having to hold in all that discontent. Every single day, it never varies. You were making that noise yesterday and I told your father that I wanted him to record it and make an hour-long loop of it to play at my funeral. Because it will have been the thing that killed me.

Sometimes I don’t look forward to those rides for obvious reasons, but I know you act that way around us because we are your parents. It’s natural to lose your shit in front of us. This was the exact dynamic I had with my mother my entire childhood, and I can remember many instances when the mere sight of her face would make me crumble into a sobbing pile of mush because I had been needing to let go like that, and she was the only one I could trust with the privacy of that emotion. Sometimes you have really bad days and you need to cry about it, and I’m glad that you love us enough to do it in front of us. I know that sounds strange, but that’s what love is, being able to confide in someone that everything isn’t okay, and trusting that they will listen.