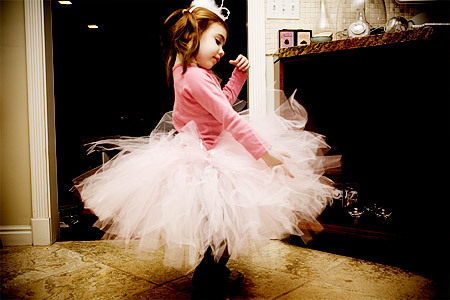 Yesterday you turned forty-nine months old. I’m sure that the next several months will hold the true answer to what I’m about to say, but if I had to guess I’d say that four is going to be so much better than three. The difference in your mood from your last few days as a three-year-old to now is so pronounced that I’m wondering if the Universe took pity on your father and I and decided that since we survived your third year it would ease up on us a bit. I get the feeling that if you released an album as a four-year-old that it would symbolize the perspective you’ve gained on life, and it would be a collection of songs played by an orchestra of 17 accordions, with one guy on kazoo, and it’d be the number one record played at Polish weddings. Whereas the album you released when you were three? It was was a 45-minute experimental track where you played one forlorn violin note that ended with the sound of a dog getting kicked in the stomach.

For a few weeks in the last month you had us very worried that no one in the house would ever get a full night’s sleep again. Something repeatedly woke you up in the middle of the night — your brain being unable to shut off? the sound of the furnace kicking on? the voices in your head? — and over and over again you’d show up in our room at 2AM ready to watch television. We’d say, no, go back to bed, but you didn’t hear that. You heard PLEASE TRY TO CONVINCE US LOUDLY WHY YOU SHOULD BE ABLE TO WATCH DORA IN THE MIDDLE OF THE NIGHT, and because your father and I were already so tired from trying to potty train the puppy we’d let you climb in bed with us if only to get you to stop talking. And then you’d spend the next six hours kicking us in the head. I’m not going to complain too loudly about the way you sleep because you inherited it directly from me, and my brother and sister like to tell and retell the story about how if faced with a decision between sharing a bed with me or sleeping on the couch, they chose to sleep outside in the garage because that was the only place far enough away that my elbows wouldn’t jab them in the eyes.

Recently your teachers at school moved you up to an older class, and this may have everything to do with your sudden explosion of happiness. You love telling us about how you’ve played with your friends during the day, although sometimes it doesn’t make sense and we just nod like we know what you’re talking about. This is good practice for adolescence when you’re going to pick up all sorts of slang from your friends at school, and your father and I are going to indulge you and say, wow, I can’t believe that happened, when we didn’t understand a single syllable that came out of your mouth. And when you leave the room he and I will look at each other and say, KIDS THESE DAYS with their words and their computers! Remember when we had to do research at a library? And then your father will reminisce about how he learned to write with a quill and a jar of ink in a classroom lit only by candles.

Leta, you are so lucky to have been born when you were if only because you will never have to use a card catalog. Also, imagine life without portable yogurt.

So you’ve developed a certain way of speaking about things when you do not know the name of something, and instead of asking us to help you identify it you will simply refer to it by its color. One morning when you couldn’t find THE GREEN! THE GREEN! WHERE IS THE GREEN! I looked at your father with a hopeful gaze that said, please tell me you know what she’s talking about. Except he was giving me the same look, and so we went searching for something green, but do you know how hard that is? There are a lot of green things in this house, and when we asked you to elaborate a little bit on the characteristics of The Green you said GREEEEEEN! IT’S GREEEEEEEN! WITH GREEEEEEN ON IT! Thanks for the clarification.

Eventually we found a green washcloth tucked underneath your pillow where you had slept with it next to your head, but this search has become so commonplace — we’ve done a hunt for The Yellow, The Red, and The Black all within the last week — that your father and I have started to speak to each other exactly like this. Without knowing it. And it happens all the time because we’re old and lost all those brain cells memorizing state capitals in third grade, and we can’t ever remember the right word for anything. So I’ll ask your father where he put The Blue, and he’s all what? And I’m all, THE BLUE! THE BLUUUUUEEE! And he’ll go, oh yeah! The Blue! I put it on the thing over by the stuff.

This month the obsessive nature of your nighttime ritual has gotten out of hand, and where you once had to repeat three things to us before you could sleep, you now have to say 10 or 11 things, and that number is only getting higher. I think this is due to a combination of compulsive behavior and your desire to stave off bedtime a minute or two longer. Your pediatrician says that we shouldn’t be too worried, a lot of kids your age act this way, and it could have everything to do with the fact that your father and I did the exact same thing as kids, just go ahead and blame everything on us, you’re allowed to do that at least until you grow up and join the College Republicans. We’ll blame that on that one time I dropped you on your head.

But last night was particularly frustrating because I had to go back into your room six or seven times so that you could ask me another question, could you eat Trix when you woke up? Could you watch Cinderella tomorrow? Could you take your new book to school and show it to your friends? And I was getting really impatient, and at one point I swung open your door and before you could say anything I yelled YES YOU CAN HAVE PRINCESS FRUIT SNACKS IN YOUR LUNCH TOMORROW, NOW GO TO SLEEP because that was the next question in the script. And you sat there silent on your bed for two or three seconds before saying, “But I just wanted to tell you that I love you.” Which was your gentle way of saying, hey, you need to calm down and stop being a total prick.

So I walked from the door to the side of your bed, kneeled down and kissed you on your warm forehead. “I love you, too,” I said.

You grabbed my hand and hugged it with both arms. “Mom,” you whispered, your mouth close to my cheek, “can I have princess fruit snacks in my lunch tomorrow?”