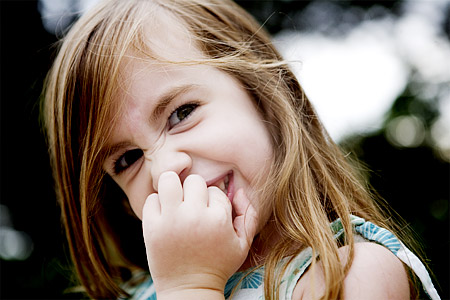 A couple of days ago you turned fifty-four months old. I’m sure that if you were sitting here right now and I told you this you’d ask me why. And I’d say because when you add up all the months you’ve been alive it totals fifty-four. And then you’d go, why? And I’d say, because that’s how math works. And you’d go, but why? And then I’d walk over to the silverware drawer, grab a kebab skewer and shove it through my frontal lobe. Some days there aren’t enough sharp objects in the house to help me cope with the multitude of your whys, maybe because there is no answer that will satisfy you, even when that answer is read to you directly from a science textbook. I’m beginning to feel like you’re not asking because you genuinely care about the answer but because you’re secretly hoping that if you ask it enough times the answer to why? will be “you can have this candy if you will just shut up.”

Sometimes if I’m feeling particularly evil I’ll just use what your father and I like to call The Coco Option. That’s when we threaten to let Coco watch your shows or look at your books if you are not being cooperative. And maybe there was one specific day when I could not explain why Mondays are called Mondays and not Tuesdays, and why aren’t Tuesdays called Sundays? Or at least I couldn’t explain it to your liking, and I think I may have lost it for a second and told you to go look it up on Wikipedia, except oops! YOU CAN’T TYPE. GUESS YOU’LL NEVER KNOW. And there you were not even blinking, going, but why? So I said, look, I have told you why FOURTEEN HUNDRED TIMES, and if you ask me why one more time I’m going to go get Coco and I’m going to let her eat the head off of your Princess Barbie. Guess who was suddenly satisfied with my answers?

Also, who needs older siblings when you have parents like us?

This month the list of words you can read has multiplied quite a bit, and often you’re spelling words out loud at random times. Like, oooh, look, there’s a cat. C-A-T. Or, I love you, Mom. M-O-M. We bought you a book filled with Disney princesses that is designed to help kids your age learn to read, and within a few days you had memorized the whole thing and were reciting it back to me. Your teacher had seen you doing this with that book at school and she pulled me aside one day to congratulate me on your reading skills. And I was all, um, Leta memorized that book as I read it to her. I don’t think there’s much reading going on. And you could tell from the look on your teacher’s face that she wanted to clock me right there in the hallway. She shook her head and said, “That’s exactly what reading is: MEMORIZATION. DUH.” I think it’s because she reads this website that she spoke it in all caps, and she was probably thinking, hmm, how do I say this in Armstrong? She was close, she just should have added an expletive and made fun of my mother.

A couple of weeks ago Utah celebrated Pioneer Day, and so help me God if you ask me why. All I know is a large wagon trail of Mormons arrived here in the valley many, many years ago, and we celebrate the fact that God told them they could stop walking. It’s a huge holiday here, almost bigger than the fourth of July, and because we had some old fireworks left over from when Cousin GEORGE! lived here we decided to join in the festivities. You and I were sitting in the driveway as Daddy lit bottle rockets on the street, and suddenly you peeked through the sleeve in my shirt, pointed at the stubble of hair on my underarm, and shrieked, “BLEEEEEAHHHHH!” I asked you what could possibly be so wrong that you would go and imitate a goat and you responded, “BLEEEEEAHHHHH!” I told you that one day you, too, would grow hair on your underarms, and you protested for several minutes that you were not ever going to get big, not if it meant having BLEEEEEAHHHHH! on your arms. Your father watched the commotion from afar until he could no longer hold his tongue. “Leta,” he said sternly, “you’re an Armstrong. The amount of BLEEEEEAHHHHH! in your future is STAGGERING.”

And then he set off a firework that vibrated the windows of the car it was so loud, and you could not hop off that driveway fast enough. We’d shut the door tightly to keep the hot evening air from entering the house, and because you couldn’t open it yourself you sat down on the stoop, covered your ears, and started shouting I WANT TO GO INSIDE AND READ BOOKS. I WANT TO GO INSIDE AND READ BOOKS. Your father and I looked at each other knowingly, both of us cursing the fact that we hadn’t placed bets on just how soon this would happen. He would have bet after a dozen or so firecrackers. I would have bet after three, and I would have won. And not for any other reason than the fact that I know you. I understand you. I have watched you and learned your limits. Sometimes members of our extended family will try to push things with you even after I have said, please, hear me out, I know my daughter and what you’re doing is not going to work. And they’ll continue to push all while you continue to show them that regardless of how hard they shove you, you will not budge. Sure, sometimes you need to be pushed, but sometimes what you need most is an advocate. And I want you to know that when you need me I will be your greatest champion. So together we went inside and read books.