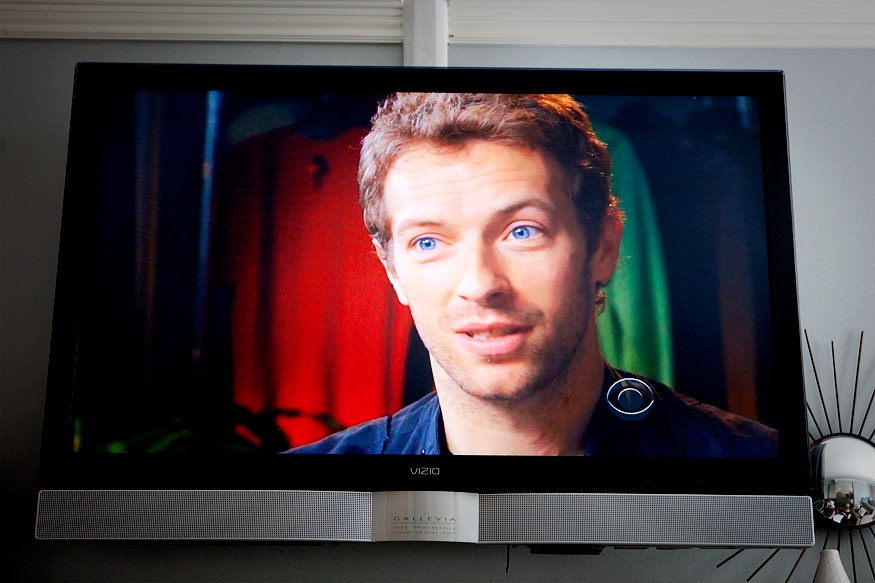 I know of two different mothers who today called their daughters to ask if they had seen last night’s episode of 60 Minutes, what did they think of this band called Coldplay, and isn’t Chris Martin dreamy? My mother is out right now buying the first Coldplay album because she loved what Chris had to say about the song “Yellow,” that he still doesn’t know what it’s about, and it sounded like a song she might like. So my mom loves them now, I’ve loved them since 2000, and last night Leta started singing along as they played “Viva La Vida” on the Grammys. I think this is what they are referring to when they talk about cross-generational appeal.