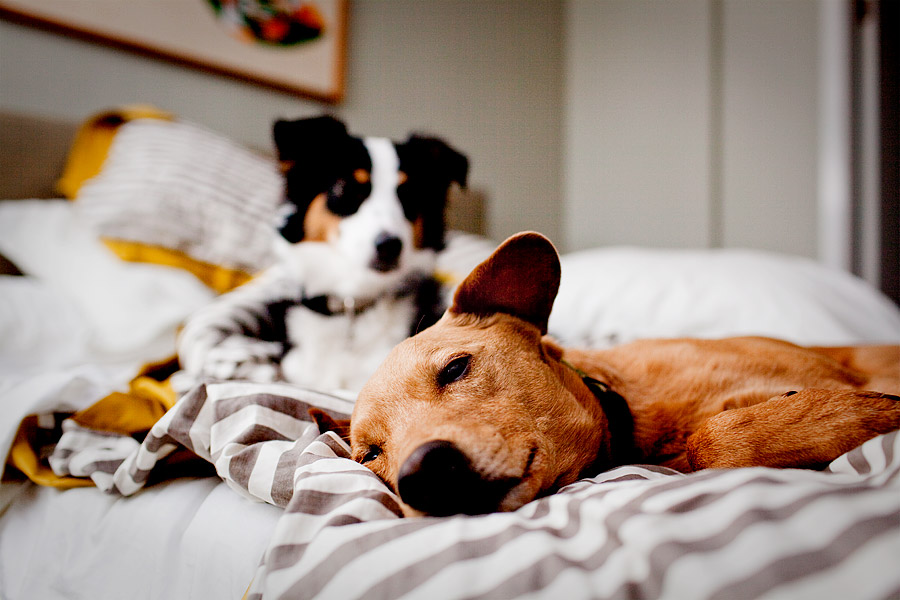 I imagine that when my mother and father see pictures of the dogs lounging casually on our sateen bed linens that they want to call each other up and go, where did we go wrong? Because according to my father, dogs poop. And creatures that do such things should live outside. My mother’s opinion of animals is a bit more forgiving than that of my father, but if she lived here she’d be down there in that bedroom vacuuming both dogs until they were bald.