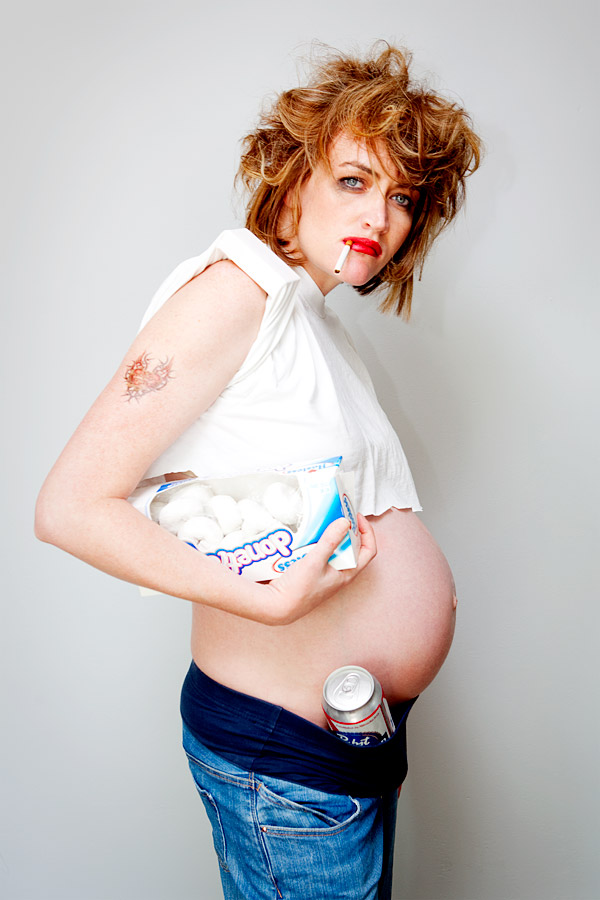 Last week was the 36th of my pregnancy, and as of this past Sunday I’m officially less than three weeks away from my due date. I can’t believe I’m going to go ahead and admit this but, Internet, I’ve been eating powdered doughnuts THIS WHOLE TIME: Just think about all those empty calories screwing with the baby’s brain development. I know, I know. YOU’VE REALLY CROSSED THE LINE THIS TIME, ARMSTRONG!

So me and my body are not getting along, or maybe I should say that my body and my brain are not communicating very well and would benefit from a rigorous session of couples therapy. I’ve got all these ideas and plans in my head, none of them too elaborate or insane, just simple things like the rearrangement of boxes in the garage, and it’s like a team of menacing invaders have stationed themselves in various extremities of my body and are conspiring to take me down: ATTENTION! HOST ORGANISM THINKS SHE’S GOING TO LIFT A TOOLBOX. SEND CRIPPLING PAIN FROM HIP TO SHIN.

Once I’m flat on my back they’re implementing strategies to keep me in that position, like paralyzing my lower back, seizing the muscles in my abdomen, and cramping both legs. I think they’re responsible for the broken pinky toe on my left foot because just yesterday they tried to break the pinky toe on my right one. Like, this crazy woman thinks she’s just going to continue on with her life as if nothing ever happened. Fine, alert the team in her right leg to involuntarily kick at every object between here and the front door. COFFEE TABLE HIT! COFFEE TABLE HIT! Did we break any bones? Draw blood? Is there searing pain sending her to the floor? Good work! We’ll celebrate when the moaning has reached such a pitch that the spouse has left the house and purposefully driven the car into a tree.

And then last night I was changing into my pajamas when I noticed a giant rash across the lower half of my butt. I have watched enough Discovery Health Channel to know that rashes, especially ones during pregnancy, are not harbingers of good things. It’s not like, ooh goodie! A rash! This means I’m going to give birth to a giant basket of Snickers bars! It’s more like, uh oh. A rash. Guess I’ll get that EMERGENCY C-SECTION I ALWAYS WANTED.

I started to panic and had to contort my body in all sorts of weird positions to get a good look at it in the mirror, and I would not have blamed Jon had he jumped straight through the glass window in our bedroom to escape the abject gore of that kind of self-diagnosis. Hoo boy, if that image isn’t an effective form of birth control. Son, put on a condom lest you one day be forced into the same room as an oblong whale attempting to inspect its own ass.

I had giant hexagonal-shaped spots the color of blood all across my butt, and just as I was about to spiral down that hole of WE’RE ALL GOING TO DIE, Jon reminded me that we had spent the Memorial Day holiday with my family at a park. And had been sitting for hours at a picnic table whose benches were made of a metal woven in a hexagonal shape. And that perhaps ALL THAT EXTRA WEIGHT I’m carrying caused the blood to pool in such a pattern on my butt. I gently suggested that he rephrase his explanation and strike the word WEIGHT from his vocabulary, or at least resist the temptation to use it in front of his 37-weeks pregnant wife. And while he’s at it, how about fetching me that box of Donettes! Also, don’t forget that bottle of Hershey’s syrup, you know how I like to have something to wash down all that powder.