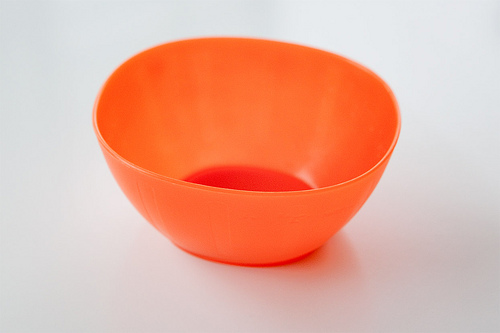 I just want to point out that I’m paying attention, UNIVERSE. And that by stubbing my foot on one of Marlo’s more hefty toys last night and breaking the third toe on my right foot was your way of saying WOMAN. WAS YOUR TAILBONE NOT LOUD ENOUGH.

So what you’re saying is that I have to walk around the house wearing shoes and a helmet at all times. I mean, is it that literal? Or is it more metaphorical? Am I supposed to slow down, is that the message? Anyone suggesting that someone with two kids and two dogs should slow down obviously did not take physics. Universe, are you single? Do you even have kids? Because if you get to sleep in on Sunday morning I CANNOT TAKE YOU SERIOUSLY.

Apparently it’s trying to talk to me about cooking as well. In fact, I bet the Universe has Child Protective Services on speed dial and gets an itchy finger every time I look at the stove. I will admit, I’m just winging it in there. I’ve watched other people cook, and I’m good about picking up on details. I mean, I can make a mean pot of rice. And when a bowl has “dishwasher and microwave safe” stamped on its bottom, you can bet I think it’s telling the truth. Who am I to doubt the bowl?

You guys. That bowl was lying. At least, that is the defense I used when, after successfully cooking seven strips of bacon, I poured the leftover grease into this bowl: At least I know you’re not supposed to pour the grease down the drain, AM I RIGHT!? Give me some credit! I picked up on that detail! PLUS TEN POINTS FOR ME.

But I guess “microwavable safe” does not cover the temperature of bacon grease. And I should have immediately sensed trouble when I heard the plastic of the bowl popping as the grease filled its sides. Nay, I trusted the bowl. I believed in the bowl. I rooted for that damn bowl. GO BOWL GO.

And everything looked fine as I transferred the bowl to the countertop next to the sink. I could see the grease cooling, congealing a tiny bit, and I might have thumped my chest with my fists and yelled WHO’S IN CONTROL NOW, BITCHES!

And then not a half second later that bowl disintegrated. And hot, sizzling bacon grease pooled all over the countertop down into the sink. And into the drain. My reaction was not unlike that time when I was a freshman in college, and my sister had asked me to babysit my two-year-old niece, the cutest, blondest little thing who suddenly started projectile vomiting the goldfish crackers I had given her for lunch. And I was all, STOP! DON’T! GROSS! Thinking that those commands would put an end to that orange volcanic eruption. And five minutes later when it was over I was all, WHY DIDN’T YOU STOP?! WERE YOU NOT LISTENING?

I just stood there watching in slow motion as the bowl melted into a puddle, not knowing what to do, so I just screamed STOP! DON’T! Because a four-year degree from BYU taught me nothing.

Jon came running in to see what the hell was going on, and I physically obstructed his view from the mess. I didn’t want to hear it. I could envision the tone in his voice as he shook his head and muttered HEATHER, HEATHER, HEATHER. The same tone he used when I attempted a back hand spring on a trampoline after two huge glasses of homemade wine.

That was a fun trip to the ER.

But I couldn’t hold him off, not if I wanted to make sure that the sizzling bacon grease didn’t melt the pipes under the sink, so I frantically turned on the water and and started blowing air with my mouth. Surely that would help cool things off.

And once he started to shake his head, I was all, dude, I didn’t take a class on microwaves. How was I supposed to know that bacon grease is hotter than a meal you zap for five minutes? I mean, I know you’re not supposed to put tin foil in a microwave, and it’s not a good place to store cats. I’ve got the basics down.

Oh! But get this! Jon is old enough that he DID take a class on microwaves. Because when they bought their first microwave the store offered the whole family a free class! I AM NOT MAKING THIS UP. Come on. It does not get more Renaissance Man than that.

I headed toward the recycling bin to throw the bowl away, but Jon was quick to stop me. Oh no. There would need to be a written record and photographic evidence of this event. Because ten years from now when we’re fighting over who is right, he is going to pull this up and go THERE. THAT’S WHY.