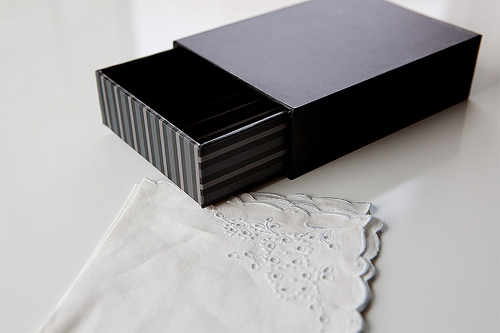 Every day as a company we sit down to have lunch together: me, Jon, Tyrant, and my cousin McKenzie who took over my niece Mariah’s job of watching Marlo when Mariah started school back in August. Why have I not mentioned McKenzie until now? I’m just this second trying to think of a really good reason, and I can’t think of one. Let’s just pretend that she’s horribly disfigured, and I couldn’t bring myself to talk about her because I was scared people would find out about the sixteen toes on her right foot.

She wears special shoes. We taught Leta not to stare or ask questions. She often trips while holding the baby.

Anyway, Tryant is a vegetarian — sometimes self-righteous, sometimes not self-righteous at all, depending on his mood and how badly he wants to make me feel like a monster — and despite this he cooks a few breasts of chicken every day to put in our salads. He does this for us because one, he is awesome, and two, he knows the business is more likely to have money to pay him if we work instead of using that time to cook chicken. Also, it’s one more way he can screw with me, as if my mere existence were not enough.

One day last week after he had texted me that lunch was ready, I ran downstairs and into the kitchen only to feel a certain vibe. A wicked vibe. A sneaky vibe. And then Tyrant picked up a specific plate of salad, set it in front of me, and blurted, “THIS ONE IS YOURS.” Except the look in his eyes said, “DIE YOU WRETCHED WHORE!”

Maybe not that emphatic. Maybe it was more like, “I hope it’s a slow, painful descent into Hell for you, you who choose to give it up to so many so easily.”

I stopped, took a careful look around me, eyed McKenzie for a second, then asked, “What is going on? Something doesn’t feel right.” McKenzie shrugged, but she is very loyal to whoever was the first person in the room, so I knew I couldn’t get any answers out of her. Plus, those sixteen toes take a lot of blood from her brain. UNRELIABLE.

I cautiously proceeded with my lunch, looking over it carefully to make sure he hadn’t slipped in a wad of Coco’s hair or maybe a vial of his own blood, and then all of us settled into our meal. And the salad was delicious, the conversation as jovial as it usually is, right up until Tyrant saw me finish my last bite. That’s when he jumped up, ran over to the island, and pulled a black box out of a drawer.

“Glad I found this thing out in the freezer!” he said waving it around. “I thought it was the perfect addition to your salad, don’t you think?”

OH to the EM to the GEE OH DEE.

Let’s rewind a year, shall we?

In November 2009 my betta fish Lou died. It was sudden and unexpected, but he had lived longer than any other fish I’d ever owned. I chronicled his existence a few times on this website, how he had come into our lives, and a few photos here and here and there, so I decided I wanted to honor his death in some sacred way. So I basically built him a coffin out of a black box, wrapped him delicately in a vintage handkerchief, and then lined the outside of the box with a makeshift paper tombstone: I had planned to bury him the next day in our backyard and write about his death, except there were a few feet of snow on the ground. Digging a sufficient hole in the ground was almost impossible. So I put his handmade tomb into the freezer in the garage. Note: your author did not flush him down the toilet like a normal person because your author is one, sentimental, and two, you guys, I kept him alive for almost three years! His sacred funeral was as much in honor of his death as it was a celebration of my success! I NEVER ONCE TRIED TO BOIL HIM!

Except! That snow didn’t melt until the end of May, and by that time I had loooooooonng forgotten about the handmade tomb in the freezer. In fact, that handmade tomb somehow survived the move to our new house. I didn’t realize this until a couple of weeks ago when I discovered it underneath a package of frozen peas, and I was all:

Yes, of course, I inspected it. Of course, I peeled back the handkerchief to see what state he was in, the curiosity was as unbearable as Christmas. And not surprisingly he looked exactly the same as when I had laid his plump, wet body there twelve months ago, except, you know, frozen.

Is this shit sacred, or what?

Fast forward to last week when Tyrant intimated that he had slipped Lou, my dead pet, into my salad. To the part where he dusted his hands, threw back his head in laughter, and cackled, “You ate him! Wasn’t he good?”

That’s when the room started to spin in slow motion, when half of the salad tried to claw its way up and out of my stomach. This was a new low. The lowest of lows: you do not feed someone her dead pet, especially if that someone is gullible enough to believe that you are evil enough to do such a thing. Especially if you are then going to hysterically laugh and then point at the person who thinks she has just eaten her dead pet.

Sixteen-toed McKenzie finally let me off the hook and said that Lou was still in the freezer wrapped in that vintage handkerchief, but by then I could taste dead pet fish in my mouth, and Tyrant was on the floor hyperventilating on his victory.

Too bad I’m in charge of the Christmas bonus, BITCHES.