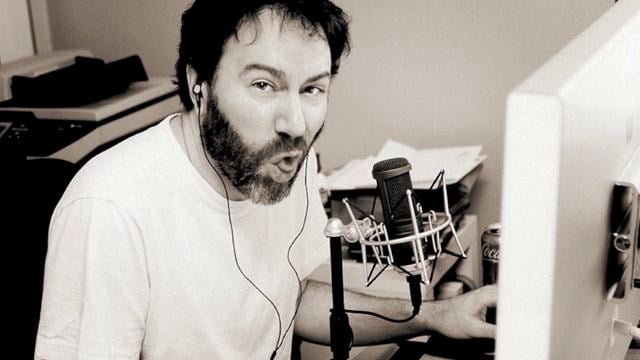 In classic Heather Armstrong fashion, I have ended the year with a bang. Meaning, an emergency trip to the chiropractor. I pulled something in my neck yesterday at the gym and have been an unbearable human being ever since, as opposed to the delicate asshole I usually am.

Tyrant was the one who suggested I go, even recommended his own chiropractor, and since I haven’t ever been to one I was honest with the guy when he asked if I had any questions. I was like, look, my sadistic assistant is the one who told me to see you, so for all I know you’re going to kill me and store me in a freezer out back so you can sell my organs.

You’re not going to do that, right?

Isn’t that how most villains kill people in the movies? They twist their necks and BOOM, DEAD. I’m not voluptuous enough to be the female sex object who is spared in the Bond movies, so for all I know that’s how I was going to go out. Luckily, I survived to sit here and write this, but WHOA was that neck snapping weird. Like cracking my knuckles, except IT WAS MY BRAIN STEM.

So, it’s the end of another year, another twelve months full of CRAZY. A new assistant, a broken tailbone, a trip to see the President. A new house, an infant with hand, foot, and mouth disease, a child starting first grade. Oh, and then there was that mythical bobcat.

I’ve gone back and picked out my favorite posts from the year in case you missed anything, and then I’ve put together my annual Year in Photos. I hope everyone has a wonderful new year, and may we all strive for bigger and better with a little less extortion and fewer injuries. See you in twenty eleven!

There’s a blonde joke in here somewhere
“At precisely this time Leta calls out from the bathroom, ‘I’m done! I’m done!’ And I look up at Cami and I’m all, dude, take one for the team, go in there and tell her she did a great job. And Cami goes, sweetie, I love you and your family, but I am not going to go into that bathroom and tell your daughter that her poop is awesome.”

Three sets of ten
“This trainer would talk to the other trainers and say, wow, you should have seen this Armstrong woman. I had to make up a new grade because A++ just doesn’t describe how well she aced this test. And then I would give a speech at fitness graduation, and in the middle of it I’d flex my forearm, grunt and chest bump the podium.”

Getting the soap ready to wash out her mouth
“Right. As if she had any business being shocked at a tutu as she sat there in knee-length, opalescent blue basketball shorts. Like the fancy material you see lining high-end caskets.”

In order to leave a comment, you must take sides
“I was suggesting a certain facade that he couldn’t wrap his head around, so I grabbed a pen to draw my idea. Please pay attention to the previous sentence, because it lies at the crux of this story. That pen. The pen that I grabbed. A grievous and heinous gesture. I bet Hitler didn’t even grab pens.”

Staring at six weeks of recovery
“A helmet would not have prevented this injury. You know what would have? Abstinence! NOT EVER GETTING UP THERE IN THE FIRST PLACE. Jon says that when everything has healed I will want to head back up again, and I was all, um, not until that mountain gets a vasectomy. And even then I won’t go any further than foreplay.”

Just another beautiful day
“So there I am in the driver’s seat of a BMW 3 Series. You guys, I have absolutely no business being anywhere near a BMW. I am from the country. We ride horses and plows.”

Mrs. Armstrong goes to Washington
“Seriously, I get invited to the White House, and he’s all NO BURPING, NO FARTING, AND BY ALL MEANS, WOMAN, DO NOT TALK ABOUT POOP IN FRONT OF THE PRESIDENT. Well then, why did he call?”

Spinning right wrong
“But then an alien spaceship flew down from the sky, aimed a laser at my head and sucked my brain out through the top of my skull. Leaving me no option other than to join the spin class that had just started. The one being taught by General Patton.”

Working our angles
“And the Internet always knows what it’s talking about. You can trust that the Internet would not lie to us about chickens. If you do a Snopes search on chickens, turns out THEY ARE REAL.”

Will certainly be added to Sarah’s list
“I also despise whistlers.”

Next, part one
“It’s like some giant alien found the valley, unzipped his pants and shit TUSCAN into every crevice and nook of this county.”

Wherein I return to my roots
“He was doing the satan ventriloquist thing, stringing together obscenities under his breath, and I made him promise me that when I found Coco and brought her through the kitchen to the back yard that he would not fling his cereal spoon at her head.”

Susan
“I hadn’t checked any of those closets yet, so I moved some boxes out of the way, flung open the door to the closet at the far south of the house, and standing not a foot away from my face was a very large, very hairy animal with giant shining eyes.

“Okay. What would you have done in this situation?

“That’s what I thought.”

In the running towards becoming
“I waited at the end of the hall for her to come around the corner, a jillion incoherent syllables jumping around in my brain, and when she appeared, when the blinding light from her blonde hair and towering frame came into view, I saw the terrified look on her face. Like: OH MY GOD. I AM ABOUT TO BE ASSAULTED BY PETER PAN IN A BATHROBE.”

The night of the missing dogs
“We have raised this dog, fed her, treated her when ill, improved her behavior, taken her outside in the middle of the night because that’s what was required. Yes, she is a total shit, but I love her shittiness. She wouldn’t be Coco if she wasn’t a shit.”

A Jon Armstrong sized tangent
“The universe is totally screwing with me. I was totally kidding about this becoming the savage wild animal blog. KIDDING. Except I guess the Universe doesn’t have a sense of humor like some of my more vocal critics and is all DON’T YOU KNOW FEEDING VODKA TO INFANTS IS DANGEROUS.

“Actually, vodka is very good at numbing the gums when the infant is teething, MOM.”

A tribute to Uncle Doug
“I would rather spend another semester at BYU than an hour chasing my toddler around a waiting room where her sole goal was to put sick people in her mouth.”

Danger ahead
“She is making fun of us. Like she’s a grown woman visiting her mother’s house and going, ‘Hey, Mom. When you wake up and see that giant ceramic rooster staring at you, do you run to the bathroom or just shit your pants in bed?'”

Miss Manners
“Ethkah. Translation: ‘You know exactly what the hell I want, dickhead.'”

The lowest of lows
“Tryant is a vegetarian — sometimes self-righteous, sometimes not self-righteous at all, depending on his mood and how badly he wants to make me feel like a monster.”

Surveillance
“Noah said he needed a break and that I should sit under here and count to sixty, five times. So that’s what I’m doing.”

All she wants for Christmas
“How about we tie a string to that tooth, give the other end to Marlo and let nature takes its course?”

Just in time for Christmas
“Suddenly Chuck let out a fart that had to squeak its way out of his butt, past the hardwood floor and out into the open air. Like a perfectly tuned trumpet solo of one note:

Music is “My Girls” by Animal Collective