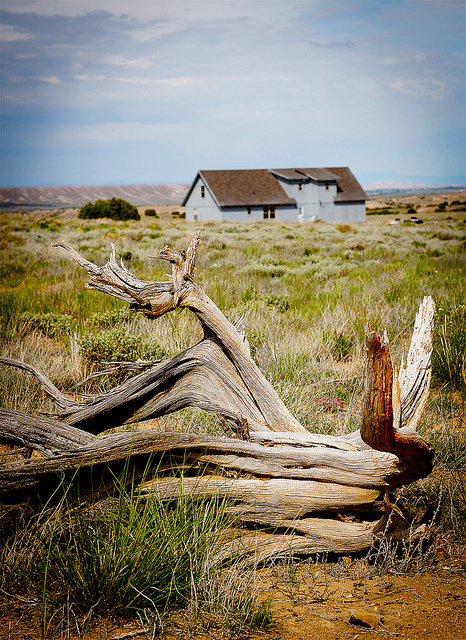 We spent the holiday weekend at my mother’s cabin in the high desert, every one of us huddled up in fleece coats and layers of blankets because the average temperature out there was Antarctica degrees. We ventured outside only to feed the penguins. My mother stopped by our house on Friday and took Marlo out there with her early, and then we headed up after picking up Leta from school. This is crucial to note only because we have never driven anywhere with Marlo in the car for more than thirty minutes. MAYBE THIRTY-FIVE IF WE’VE SMOKED SOME WEED.

She likes going places, but she doesn’t actually like what it requires to get there: patience. After about ten minutes in her car seat she morphs into a flailing, angry drunk who is certain she’s been tricked and you can all go to hell. So we had the pleasant seven-year-old for the two-hour drive out. Pleasant right up until the DVD ended, and then she turned into every child in every movie that features a road trip:

“This is longest car ride everrrrrrrr.”

“We are never going to get there!”

“WHY AREN’T WE THERE ALREADY?!”

“It’s taking so long that we are going to be dead before we get there!”

(Ten minutes pass and we arrive at the cabin)

“THAT WAS THE FASTEST CAR RIDE IN THE WORLD!”

(Is it bipolar disorder or every seven-year-old who ever lived disorder?) As we were driving through the town that signals we’re just minutes from our destination, Jon told Leta to look around. Did she see any signs or clues as to where we might be? Like, the high school? The post office? Did she see any words that would indicate just how close we were? Like the giant billboard reading WELCOME TO DUCHESNE.

She saw none of it, and kept yelling, “I see a tree! What does that mean?!”

Jon shook his head, “No, we’re not going camping, Leta.”

Not sure why, but that hit my funny bone so hard that I randomly shouted, “ARE VEE CAMPING?!” all weekend in a German accent. And Leta thought it was the funniest thing that has ever happened in the world. So she made me tell everyone that whole story over and over again.

“NOOOO! VEE ARE NOT CAMPING!”

Since it was too cold for outside activities that night, we all gathered in the middle of the cabin to tell stories like the one above. My sister’s ten-year-old twin boys had joined us for the trip, so you can probably guess that things devolved pretty quickly into Things of a Grosser Nature. However, it was Leta who couldn’t take it anymore and blurted out, “UUGGHHH! COULD SOMEONE PLEASE TELL A BUTT JOKE?”

Seriously. Enough with the jokes about husbands and wives and people walking into bars. What this party needs is butts.

(Quite a proud moment for me as a mother.) Fast forward to yesterday morning. My mother offered to take Leta home, but since she didn’t have enough room for four kids in her car, we’d have to take the angry drunk. Jon and I braced for the impact.

WE ARE DOING THIS. That’s what we repeated to each other in an effort to convince ourselves that it wouldn’t be the most awful two hours of our lives. It would be four times the maximum amount of time we had ever spent in a car with that kid. Also, it was snowing. Just add in a podcast where two geeks are getting angry at each other about processors AND BEHOLD: MY DEFINITION OF HELL.

Well, I’m here writing this. We survived. And today I’d like to pay tribute to that entire bag of fudge striped cookies: YOU ARE THE TODDLER WHISPERER.